Abbott talked about some of the recent laws passed and held a ceremonial bill signing for a bill that has had a big influence in this region. 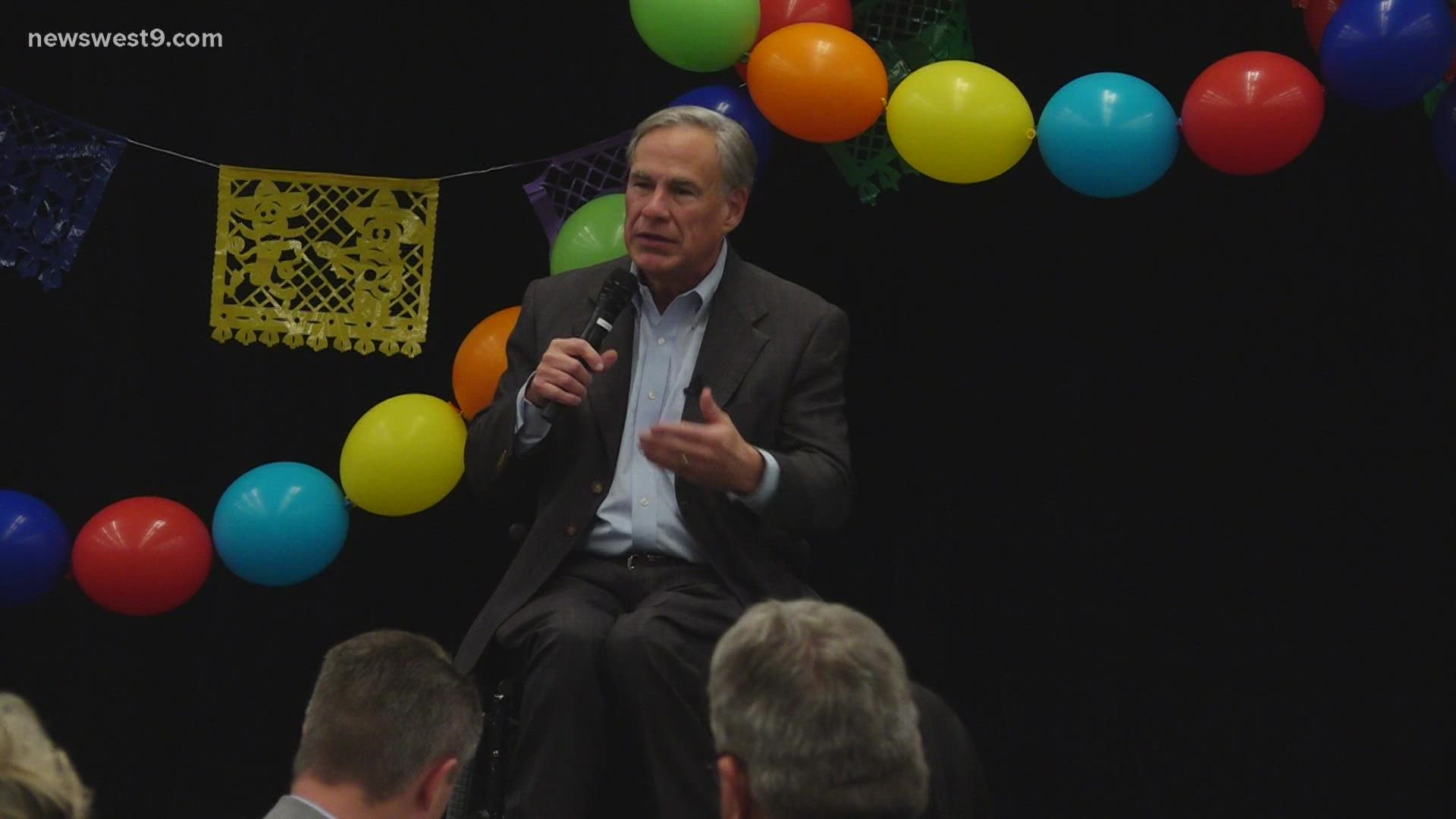 MIDLAND, Texas — Governor Greg Abbott was in the Permian Basin this week.

On Friday, the governor stopped by the Bush Convention Center for the Ronald Reagan luncheon hosted by the Republican National Hispanic Assembly Midland Chapter.

The governor discussed his connection to the Hispanic community. Abbott mentioned he's married to someone who is Latina and gave a few remarks in Spanish.

He also talked about some of the bills that went into effect recently which included education, religion and gun rights.

A big part of the luncheon was a ceremonial bill signing for Daniel's Law.

Daniel's Law was co-authored by state representative Brooks Landgraf. This prohibits people with certain disabilities from being denied organ transplants.

"This shows what a citizen of the state of Texas can do when they are committed and they have a passion to create change," said Abbott. "Daniel's law is now law in the great state of Texas"

Kathleen Kirwan was present at the event. She is a known advocate for Daniel's Law.

The law was created after her brother had been denied testing to be put on a donor list for a kidney because he had Down Syndrome. She hopes this law inspires people to stand for what they believe in.

"I want to say to people that it does matter what you say," said Kirwan. "Who ever thought that Kathleen Kirwan of Midland, Texas would be responsible for passing legislation."

The luncheon comes after Abbott met with local law enforcement officials yesterday to talk about the challenges they are facing with the border.