A veteran-owned company released the T-shirt emblazoned with the flag and the word "VICTORY" in response. 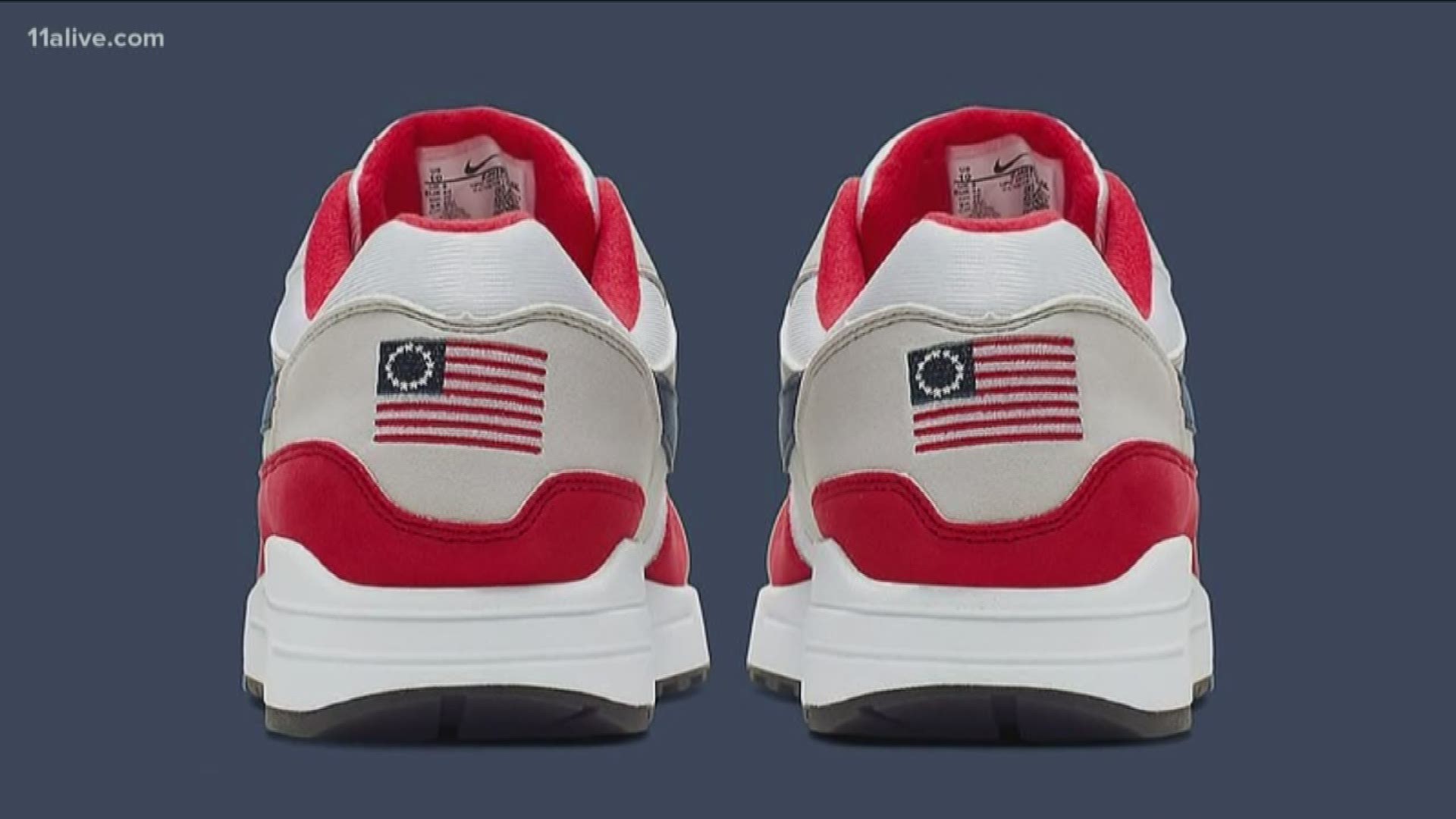 Nine Line Apparel, a veteran-owned company, released the T-shirt emblazoned with the flag and the word "VICTORY" in response, saying the dust-up has them "shaking our heads again."

On Tuesday, reports surfaced claiming ex-NFL quarterback Colin Kaepernick contacted Nike with complaints that the flag, featuring 13 stars for the original American colonies, could be offensive due to its connections to slavery. The flag has also recently been known to be embraced by far-right groups.

The sports apparel company confirmed they would suspend production of the Air Max 1 shoes, as a result.

Nine Line pushed back against the claims against the flag, writing, "It in no way, shape or form alludes to slavery yet is a direct representation of freedom fought and earned by early Americans."

The Georgia-based company said it was "ignorance and lack of understanding" on both Nike and Kaepernick's part and accused them of "saying no to our 4th of July holiday."

"The Betsy Ross flag has a direct correlation with this national patriotic holiday but Kaepernick and Nike don't care. They are a disgrace to all freedom-loving Americans, choosing ignorance over patriotism," the company continued.

This isn't the first time Kaepernick and Nike's outspokenness on issues of race in the U.S. have made waves. The two partnered for a 2018 ad featuring the ex-quarterback - known for kneeling during the national anthem - with the slogan "Believe in something. Even if it means sacrificing everything."

Nine Line released a response T-shirt for that situation, too, one that read "Just Stand."