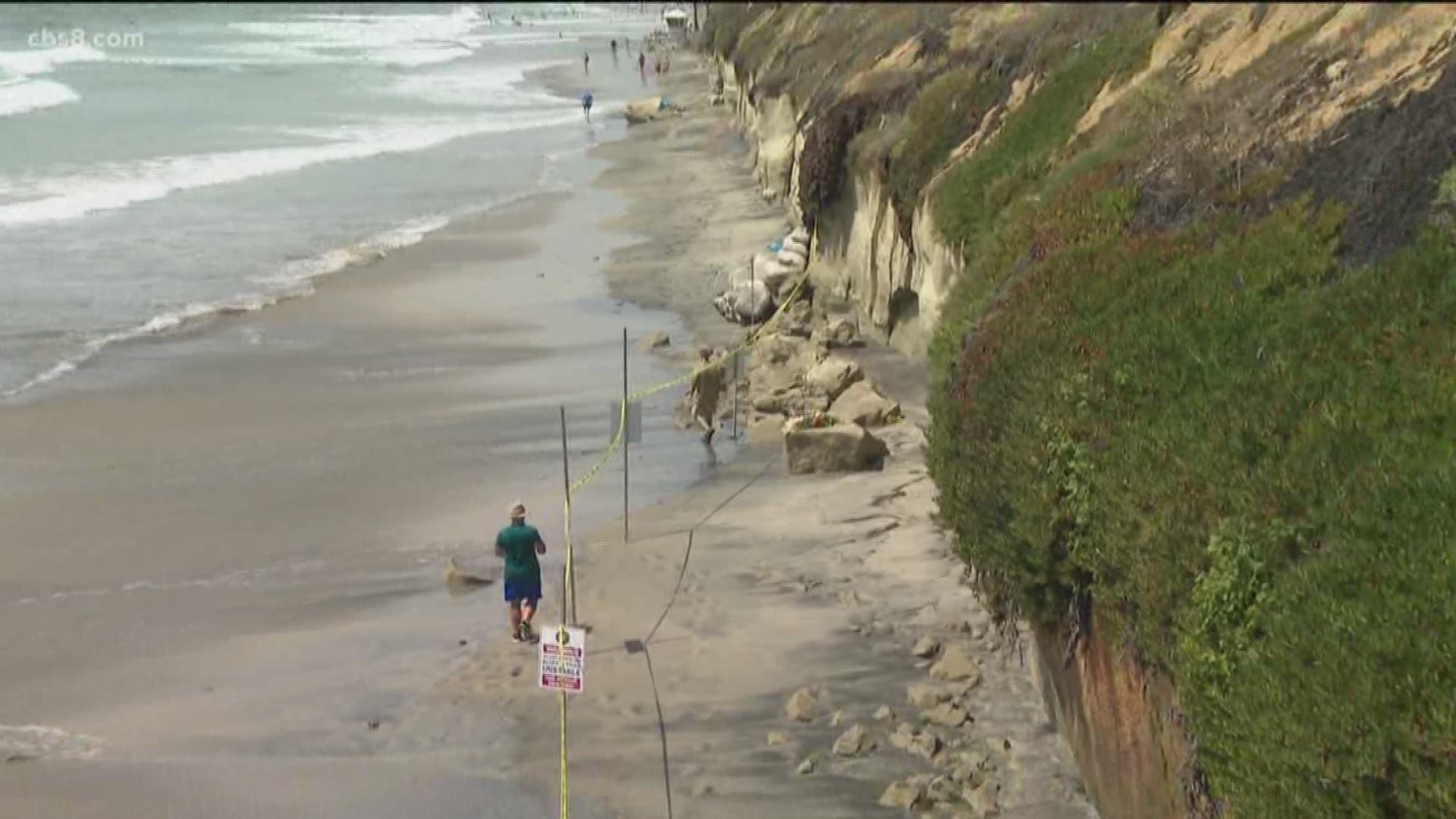 SAN DIEGO — In the wake of the deadly Leucadia bluff collapse that took the lives of three beachgoers Friday, we are learning more about what caused it. Geologist Pat Abbott spoke with News 8 about how a number of natural causes combine to make our coastline uniquely vulnerable to erosion and collapse.

Following the local bluff collapse, a makeshift memorial grew in front of the Grandview Surf Beach sign. Friends and family remembered 65-year-old Julie Davis, her 30-year-old daughter Anne Clave and a third victim whose name the medical examiner has not yet released. They were killed Friday when a 30-foot section of bluff came crashing down onto the beach below.

Grandview Beach doesn’t have a lot of sand. During high tide, the waves can crash up against the cliffs - over time eroding away until one day it falls.

“What we're looking at here is the long-term effect,” said Abbott. “This is the way we understand the earth: small changes taking place over time add up to a big result.”

The city posts signs warning the bluffs are unstable and lifeguards estimate they caution about 3,000 people each year to stay back.

Abbott recommends beachgoers take a close look at the bluffs before setting down.

“Before I set down any towels or stuff, I look at cliffs, I see fractures,” he said. “Look for the failures first, no stress, no pressure, just look where it might fail and then avoid that spot and have fun.”

Geologists are still working to fully understand what happened in the Leucadia collapse including whether any unintentional human activity played a role.

In Del Mar, the bluffs are unsteady partially due to train vibrations.

“Those cliffs where the train tracks are are weak,” said Abbott. “You can pick up the rocks and you can crumble it in your hand.”

Firefighters ruled out any recent shaking from the Ridgecrest earthquake but are reviewing if perhaps seemingly benign activity contributed to the collapse.