A busy holiday week is forecast as Big Bend is seeing a record number of visitors this year. 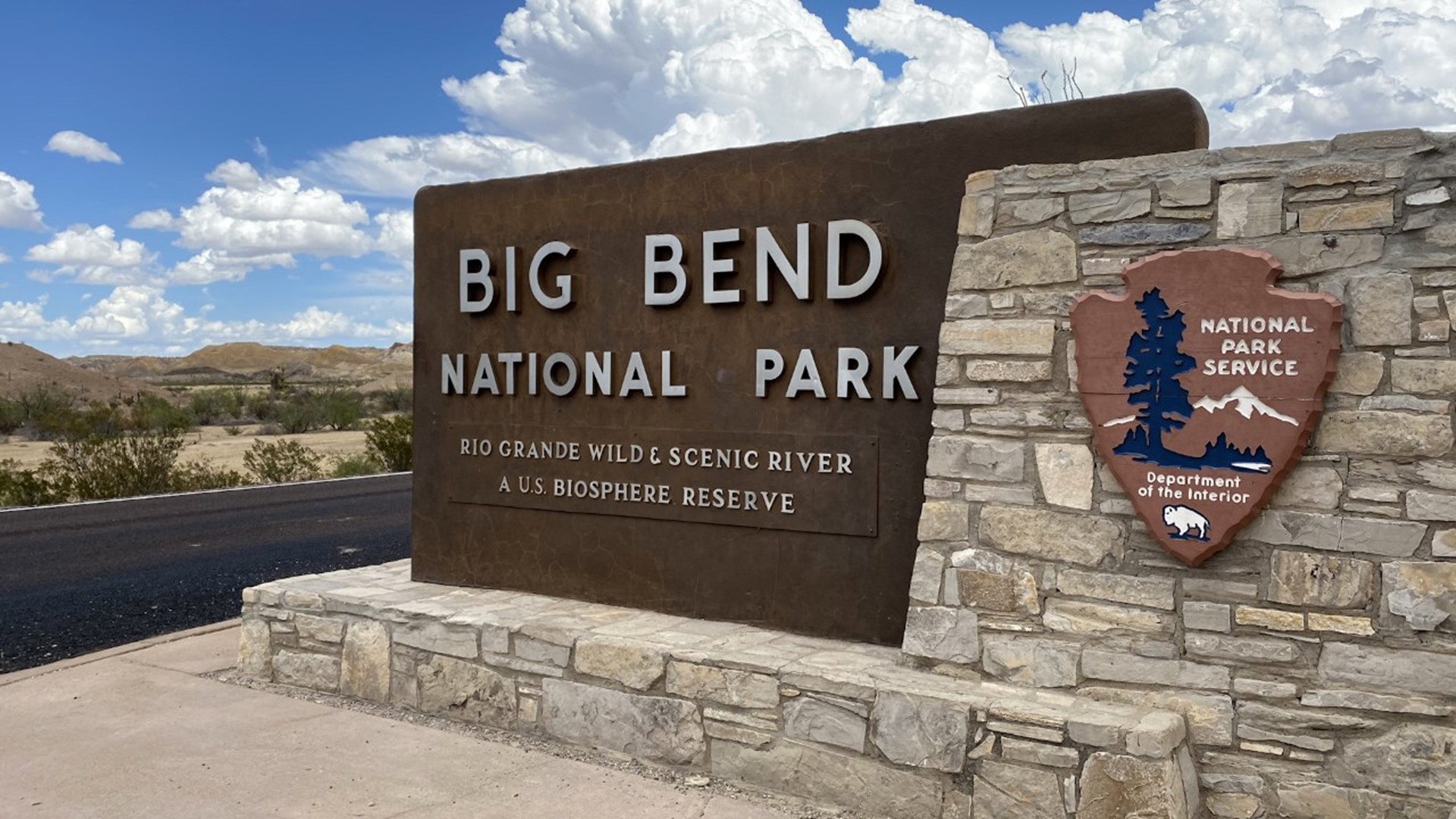 BIG BEND NATIONAL PARK, Texas — West Texas is a land blessed with a lot of things, one of those being the land itself. The crown jewel of our area is Big Bend National Park. And you know what? Word has gotten around about just how magnificent Big Bend is.

Last month, just over 50,000 people visited the park, bringing the yearly number of visitors to 466,000 people. That is up 71% year to date compared to October of last year, albeit visitation numbers were stymied by pandemic shutdowns. Still, that number is well above pre-pandemic levels.

With that being said, maybe you’re one of the people planning on heading down there for the Thanksgiving holiday. If you don’t have a reservation, I would think twice about those plans.

The national park is already warning visitors over the holiday week to prepare for full campgrounds and even fuller parking spaces. When traffic is very heavy, park rangers will implement a “one out, one in” policy, meaning visitors to the park could experience lengthy delays.

Other things to know, the Rio Grande is low and slow right now, meaning floating trips through Santa Elena Canyon are impossible. Hiking trails will also fill up quickly during the busiest part of the day, 10 a.m. through 3 p.m.

Nearby Big Bend Ranch State Park, stretching from Presidio to Lajitas, is also going to be full for the Thanksgiving week.

Although it’s not as well-known as Big Bend National Park, Big Bend Ranch State Park visitation has grown significantly over the last 10 years. In 2012, the park saw roughly 18,000 visitors. So far this year, there have been 84,000 visitors to the state park.

If you are planning to visit Big Bend Ranch, keep in mind that it is purposefully less developed than the national park. It’s rougher and tougher to get around.

Nathanael Gold, the park superintendent, told me that folks should make advance reservations online via the Texas State Parks website.

Some other alternatives to visit next week are Guadalupe Mountains National Park, which is also expected to draw a crowd, Big Spring State Park and Davis Mountains State Park. The other National Park in our area, Carlsbad Caverns, will be closed Thanksgiving Day.