Friends of Richard Overton remember him the day after his death

"How many people know anyone that's even 100, that can talk to you and tell you stuff and make you laugh?" 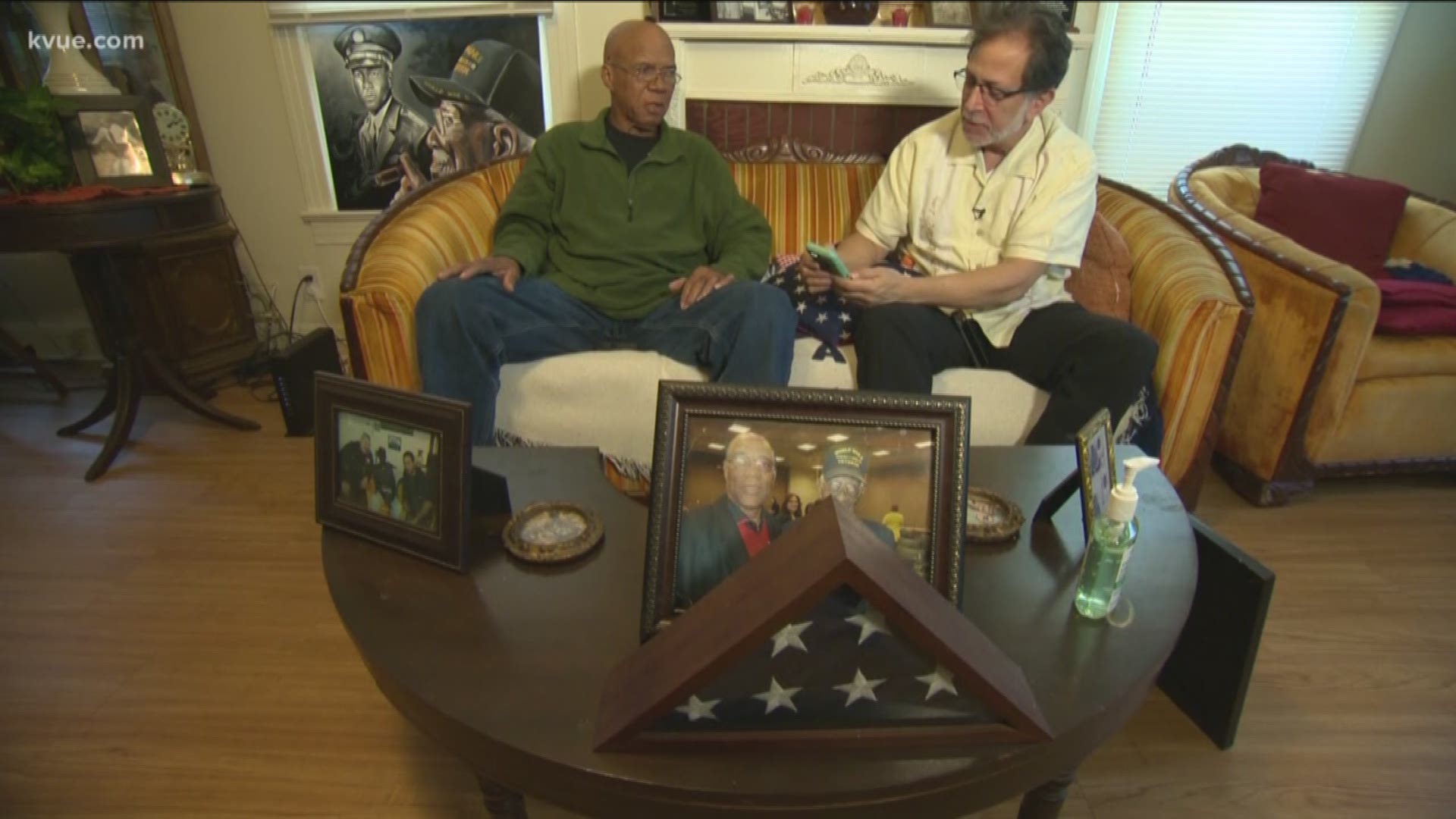 AUSTIN — When we lose someone close to us, we can't help but remember them. Hopefully to think of the good times that we shared with them.

That's exactly what the family and friends of Richard Overton did the day after his death.

"The moments I treasure the most is just the conversations I've had with him, especially about the end of WWI," Bergeron said.

"How many people know anyone that's even 100, that can talk to you and tell you stuff and make you laugh?" Volma Overton asked.

The two remembered his laugh and sense of humor. Things that made him, him.

And in the room filled with pictures, they were able to describe him best.

"That smile you see on his face represents who he is. And his seriousness of the picture of him as a soldier ready to serve his country kinda sums him up," Bergeron said.

"That face and just that cigar," Overton said. "You know, it looks like he's on top of it, he knows what's going on and he's just watching the world go by."

While he's no longer here, the memories and photos of him serve as a reminder. A reminder that even though we lost a hero, he's still with us.

In lieu of flowers, the Overton family is asking you donate to Honor Flight Austin.