Witten's children go to the school, making for a natural fit for a man destined to be a coach. 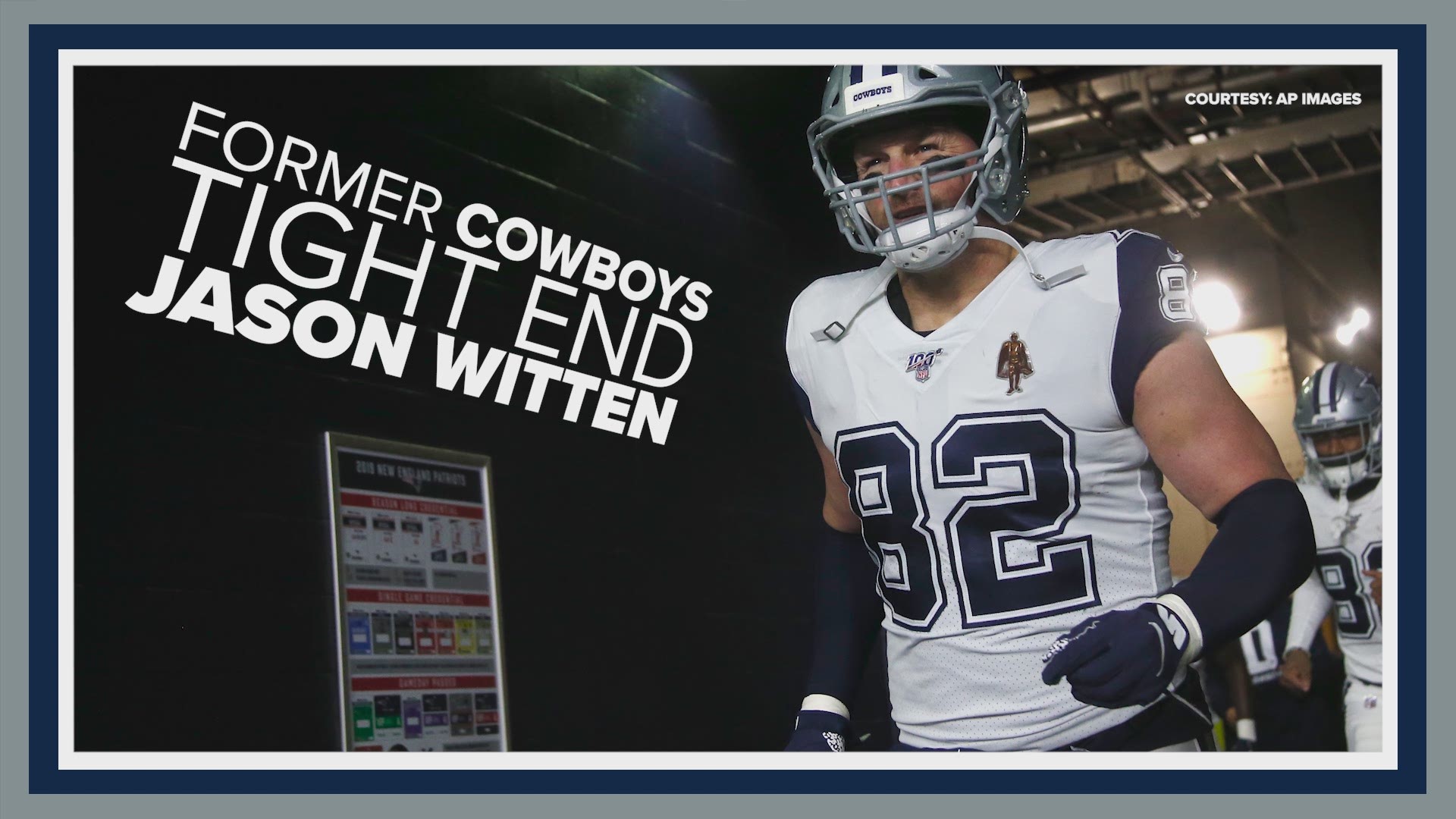 ARGYLE, Texas — It's not the Dallas Cowboys nor the Tennessee Volunteers that will first employ Jason Witten in his coaching career. No, that honor will go to Liberty Christian School in Argyle.

Liberty Christian made the announcement via Twitter on Monday morning that Witten, a "long-time Liberty parent," will become the next head coach of the Warriors.

Witten and his wife Michelle have four children, C.J., Cooper, Landry, and Hadley Grace. C.J. is in eighth grade, so this opportunity would allow Witten to coach his oldest son through all four years of high school.

After one season with the Las Vegas Raiders, Witten is electing to retire. He'll sign a one-day contract with the Cowboys in March, to officially retire as a Cowboy, a league source has confirmed.

The Warriors are a part of TAPPS, competing in Division I against the strongest private school programs in Texas. They went 3-8 in 2019, but in 2018, they were an 8-5 team and advanced to the state semifinals.

Witten's future as a coach has been discussed for the last several years, as the tight end was linked to possibilities within the Cowboys organization and with his alma mater, Tennessee.

There were at least two instances in the last few years where Witten was rumored to be the next head coach for the Vols, but it never materialized.