The Facebook post criticized those "looking for a handout" and told people to stop being lazy if their power or water were out. 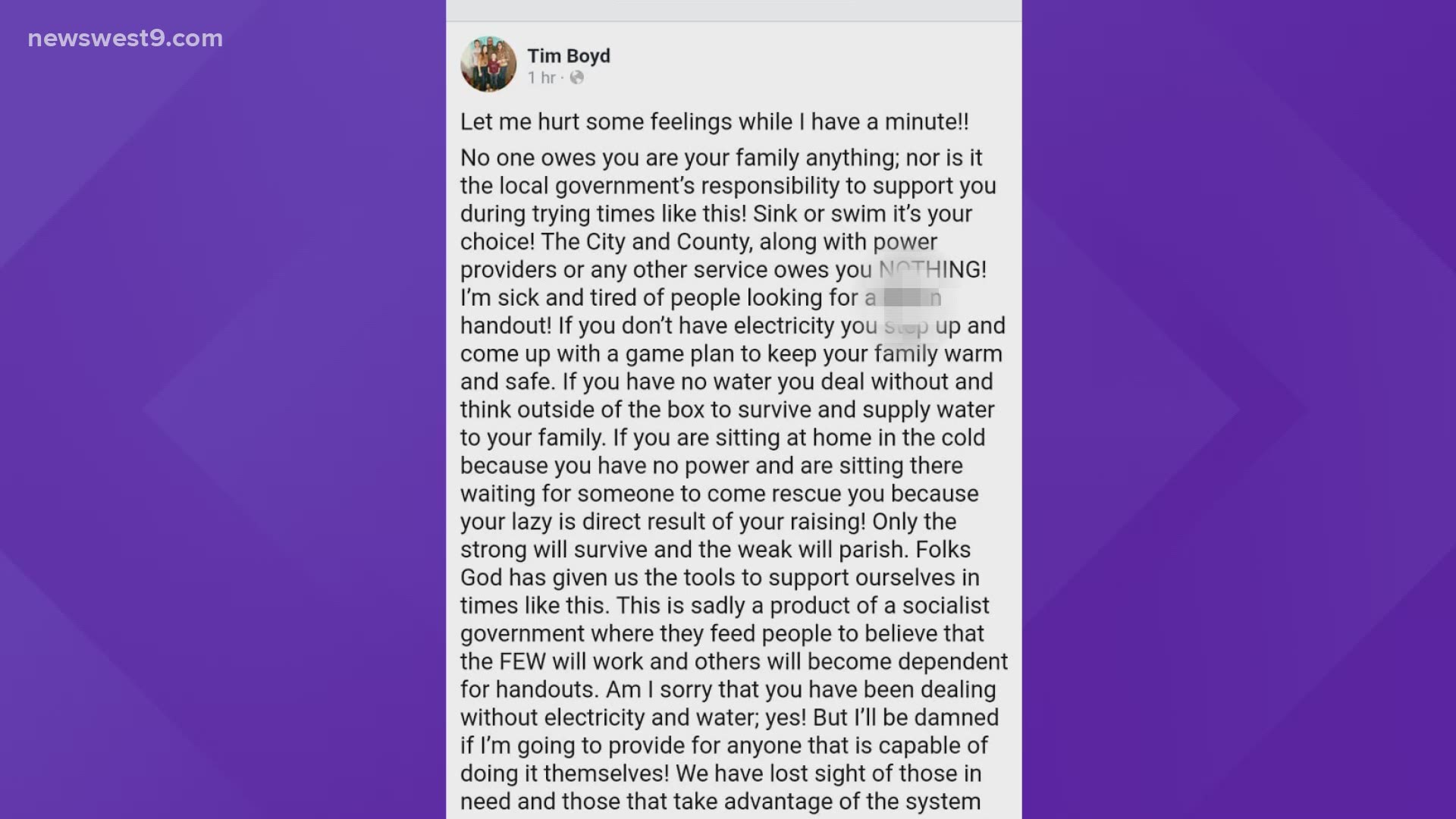 The mayor of Colorado City appears to be in hot water Tuesday night.

A screen shot of a Facebook post is circulating that shows a long rant about the power outages from Tim Boyd, who is listed as the mayor on the Colorado City website.

The screenshot showed a long rant about the ongoing power outages from Boyd.

Part of his rant included a sentiment that "The city, county along with power providers owes you nothing", and "only the strong will survive, the weak will parish."

In the second post, Boyd stated that his comments were taken out of context and that he was not speaking as a mayor but rather as a citizen, since he said he had handed in his resignation prior to Feb. 12 and was no longer the mayor.

He also told the public his wife lost her job due to complaints at her place of work after she defended him on Facebook.

However, he did double down, saying he wouldn't deny anything he said in the original post.

NewsWest 9 has reached out to Boyd and Colorado City for comment but has not heard back at this time.