The two were killed January 11 while responding to a crash. 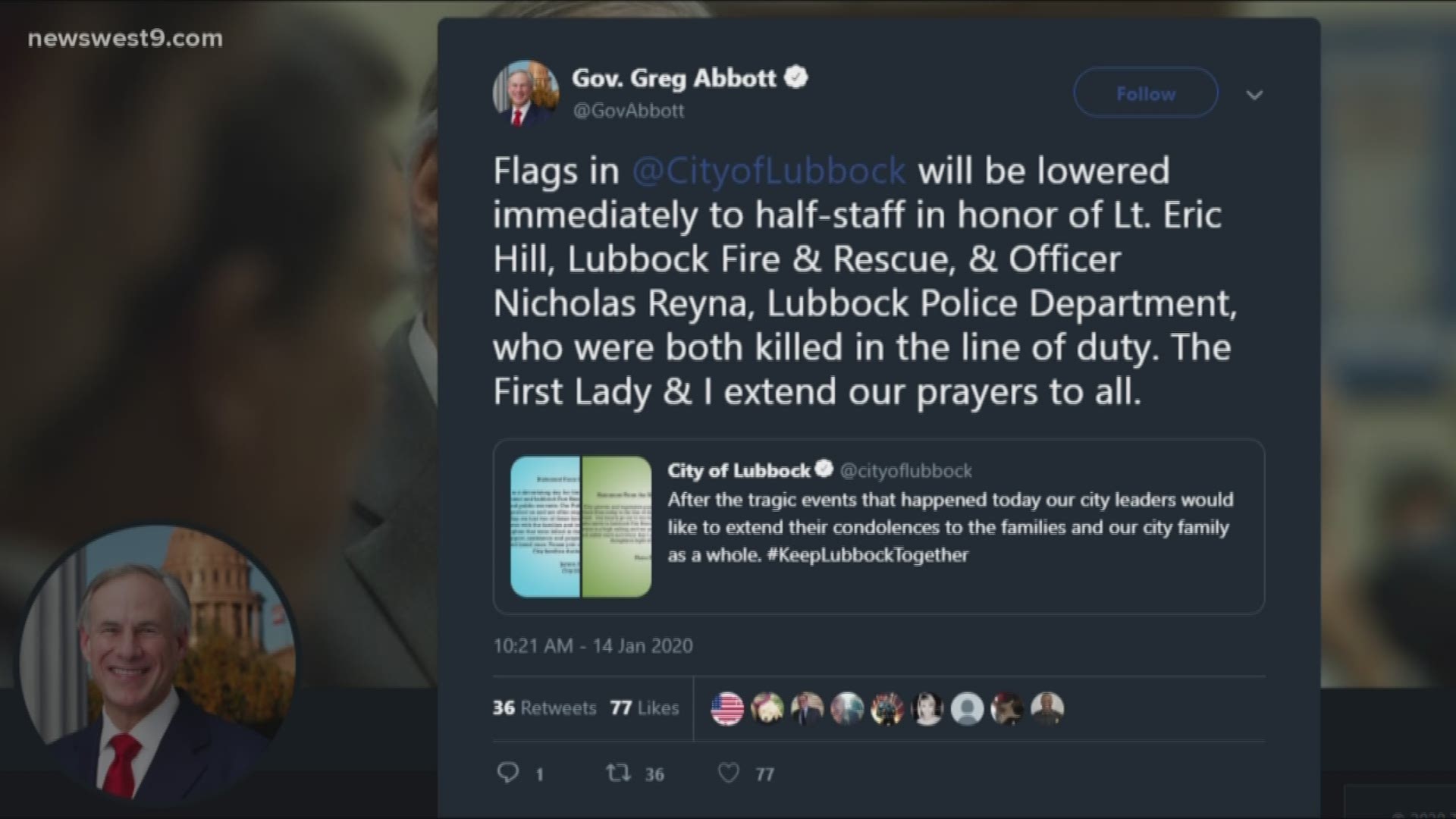 The two were killed when responding to a crash on Interstate 27 the morning of January 11.

A third man, Firefighter/Paramedic Matt Dawson, 30, was hurt in the crash and was in critical condition.

The two officers were escorted to Forth Worth for autopsies before returning to Lubbock Monday evening.

Offficer Reyna’s funeral will be at 11 a.m. Saturday at Trinity Church, 7002 Canton Ave.

Lt. Eric Hill will be laid to rest at 9 a.m. Friday morning at the Rip Griffin Center at Lubbock Christian University

Governor Greg Abbott discussed lowering the flags in honor of the officers via Twitter on Tuesday.

RELATED: 'The Officer's Wife': What happened behind the closet door?