Devyn McGuire lost his roommate and several friends to an explosion in Afghanistan. Fix West Texas wants to show him how much the community stands by him. 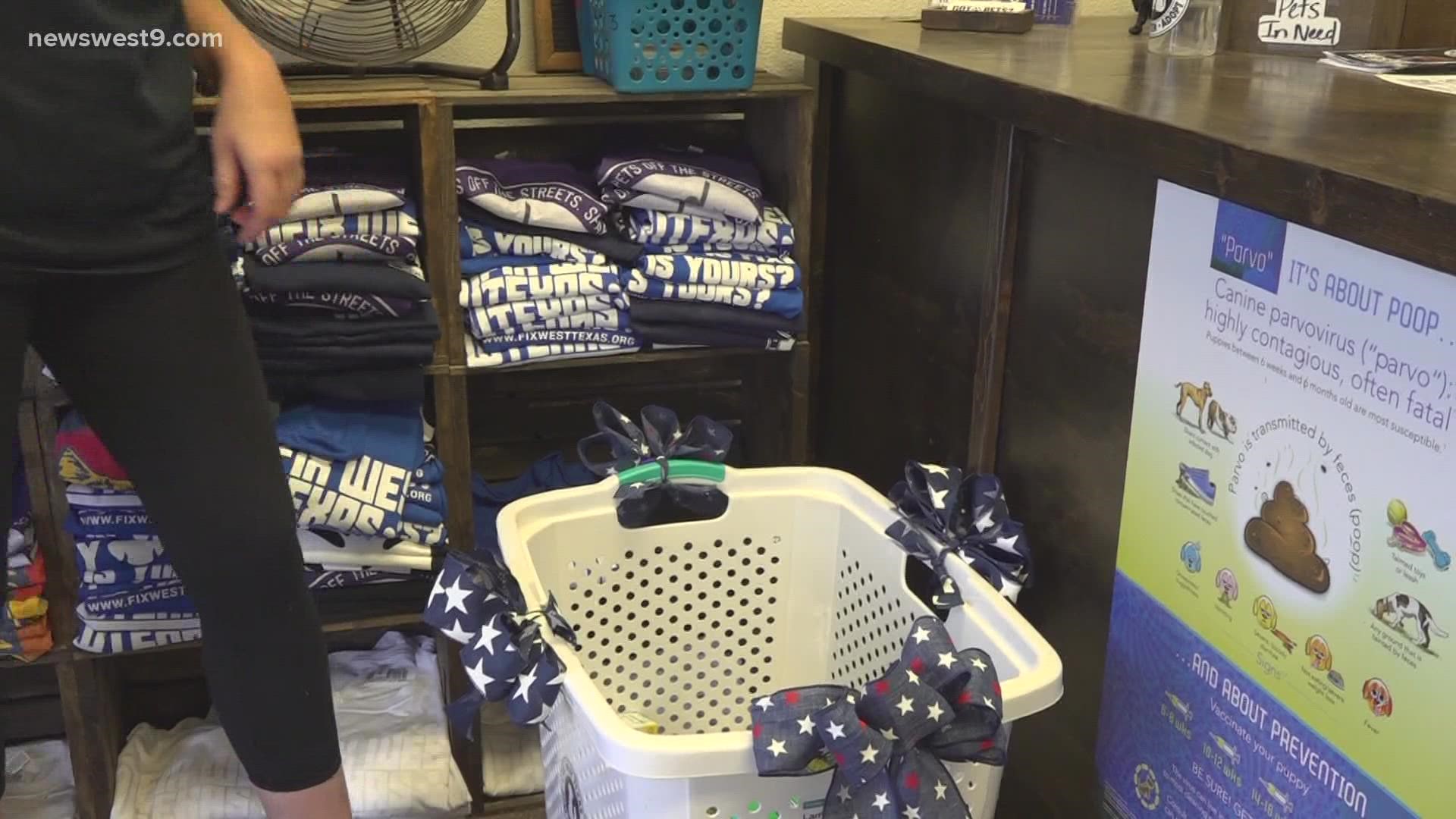 MIDLAND, Texas — Devyn McGuire was not physically hurt by a recent explosion in Afghanistan. He did, however, lose his roommate and several friends to the explosion. Fix West Texas, a non-profit in Midland, is trying to offer support to his family with an act of kindness.

Fix West Texas is putting together care packages for Devyn and his unit, who have been moved to safety after the U.S. pulled out of Afghanistan.

"This time, when we send the care package, it definitely would be for everyone, especially him, but just let them know that the community of west Texas is so proud of him and we're so glad that he's OK and what they're doing to serve and protect our country. We're all behind 100 percent," Karen Patterson, president of Fix West Texas, said.

Fix West Texas wants to support Devyn and Dawn, his mother, both of whom volunteer with the organization.

"That’s really super stressful for the family not knowing and waiting. So she actually ended up spending a good part of the time with us at the fair just to keep her mind occupied, and then she did hear from Devyn and he is OK physically," Patterson said.

Fix West Texas wants this to be something that happens continually, not just once.

"We hope to just you know maybe do it on a 4 to 6 week basis to continue to show him that we care because this isn’t going to be something that he just recovers from losing a best friend roommate and a bunch of men he’s work shoulder to shoulder with. So we just wanna want him to know that we’re here," Patterson said.

Fix West Texas hopes to send out the first round of packages by September 10. The organization has said that people can bring in food donations such as jerky and granola bars or that they can send monetary donations via Venmo to "@FixWestTexas" with the description as "Military Care Package" in order to purchase those types of food items to be sent off. More information can be found on Fix West Texas' Facebook page.