"It’s a workout for mom, a learning experience and playdate all in one," says Amy Garner, the owner of Fit4Mom Permian Basin. 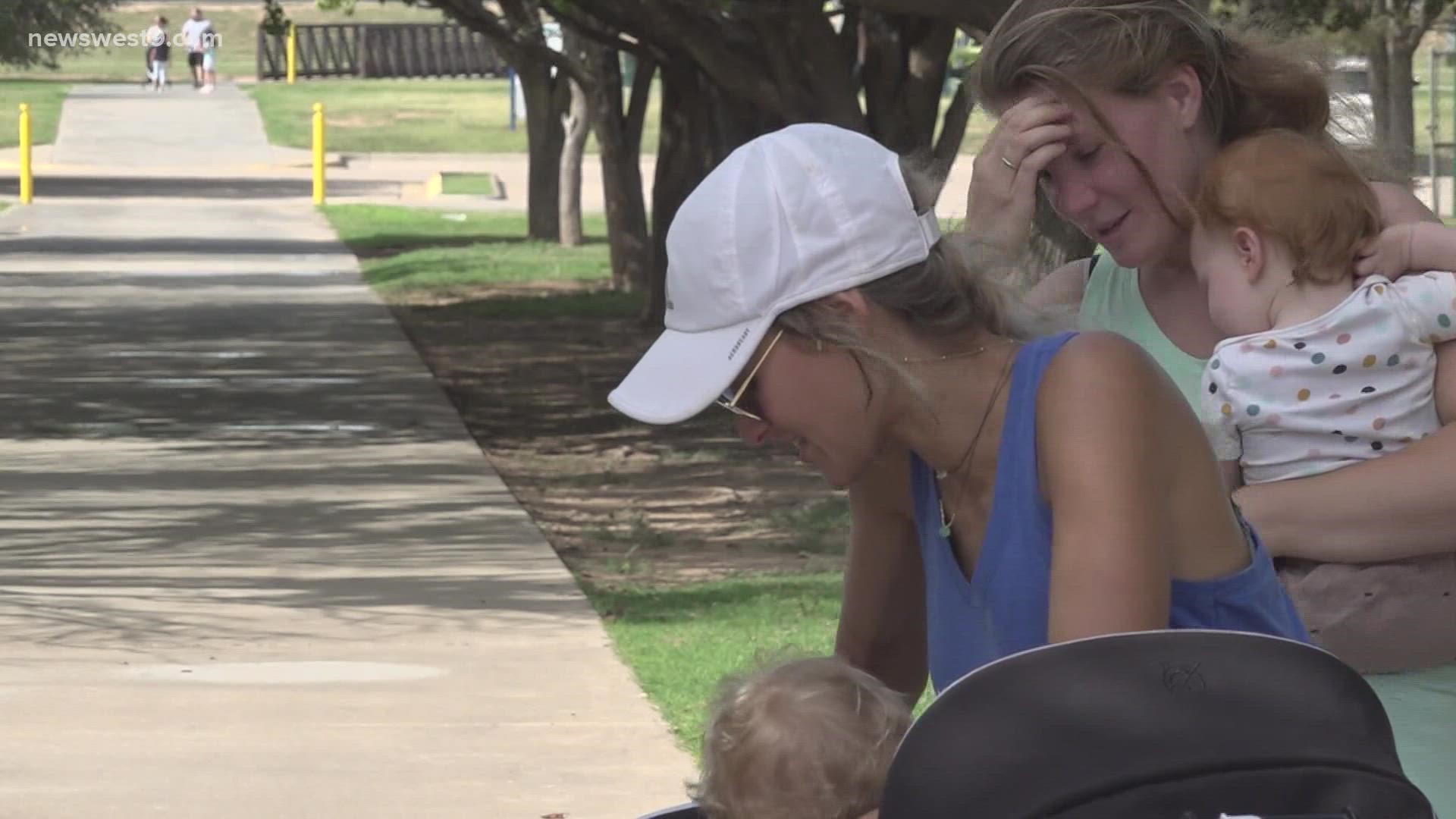 MIDLAND, Texas — With their strollers in park and maybe a baby in hand, the group of moms with Permian Basin Fit4Mom are always going to get their workout in.

"It’s a workout for mom, a learning experience and play date all in one," says Owner of Permian Basin Fit4Mom, Amy Garner.

She says this is a comfortable group for moms to join regardless of where they're at in their journey of motherhood. This group does also allow members to bring their special guests, their kids.

"We keep them entertained. We count, we sing, we dance, we play music while we’re working out so they’re watching what mom is doing and they're also learning. They hear the ABC’s to hear the counter so they’re picking everything up as well as watching mom focus on her physical health," says Garner.

For most of the moms in this group, they aren't from here.

"With a lot of these being transplants not from here they don’t know anyone so finding a group that will really help you and support you during any stage that you’re in is as amazing," says Garner.

Kirsten Meulman moved here last year from Amsterdam, "I love it, it’s been so good to meet new people and workout at the same time having the kids around and playing with each other, yeah I really love it," she says.

She says she's found a community among these women.

"There are a lot of moms moved here from  within the United States and they don’t know anyone so it’s been really helpful to me other moms and make new friends, so yeah I think that’s the best thing about it," says Meulman.

Not only are these moms strengthening their bodies in Fit4Mom, they are also making strong relationships.

"I have two littles and they consider some of these other moms their moms. I’m like hey go to mama Chelsea," says Garner, "we have a definite love and support for one another and for kids. I was helping hold Stephanie‘s baby while she was instructing class it’s all about the love and support and and caring for one another. It’s way more than that fitness class."

If you're wanting to sign up for a class with Permian Basin Fit4Mom, you can click here for more information.