The feral hog population in Texas has grown to more than 2.6 million, and hogs have caused nearly $52 million in damages, according to reports. 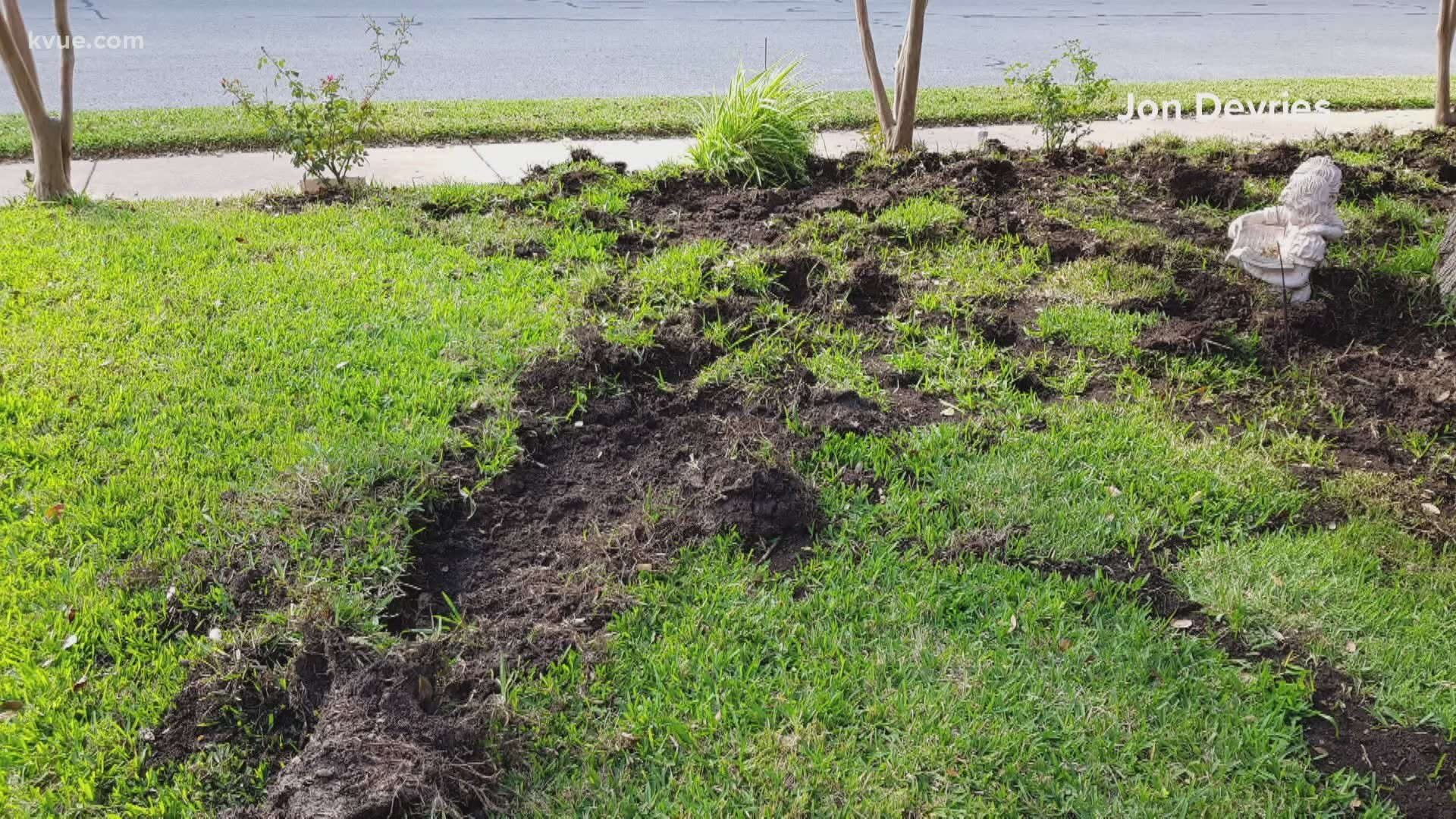 Texas Agriculture Commissioner Sid Miller announced the new product would be entering the market this week, saying it would help "with the goal of curbing the growth of the feral hog population in Texas over time."

“The feral hog problem has exploded into a crisis,” said Miller. “Texas farmers and ranchers need every tool they can get their hands on to stop these hogs. With this new product, we’re one step closer to my goal of making feral hogs an endangered species in Texas.”

According to a press release from Miller's office, the feral hog population in Texas has grown to more than 2.6 million, and hogs have caused nearly $52 million in damages.

In April, a North Texas family was among several who were frustrated with a Dallas-area cemetery, saying wild hogs had invaded the land around their loved ones' gravesites.

In November 2020, several home owners in Round Rock spoke with KVUE about feral hogs destroying their property. One month prior to that, an Austin Animal Protection officer was hurt after responding to a home in northwest Austin where a feral hog had been trapped in the backyard.

According to HogStop's website, the feed acts as a male contraception on feral boar hogs, lowering sperm counts in feral boar hogs and is "not a poison that will kill the hogs." The website says the product should be fed in hog-specific feeders that are designed to keep out all other species.

“I am very excited about this new product, Hogstop,” Miller said. “This could be a great new weapon in the war on feral hogs. It appears that unlike other hog baits, this is not a poison. Instead, it interrupts the reproduction of this animal over time, and therefore makes the product more humane. Hogstop, or any other product that is available to help Texas farmers and ranchers curb the damage done by these feral hogs, is welcomed at the Texas Department of Agriculture.”

Can other animals be affected by HogStop?

Yes. Non-ruminant animals such as deer, raccoons, sheep and goats may be affected by a reduction in fertility, if eaten in large quantities. Bull fertility may be affected. To avoid non-target animal effects, HogStop recommends hog-specific feeders that work to keep out all other animal types.

For more information about HogStop, visit its website at www.hogstop.com.

WATCH: Feral hogs tearing up property in Round Rock

Gov. Abbott signs handful of bills designed to 'back the blue'