The office is warning the public about the highly dangerous drug that has seen an increase in our area. 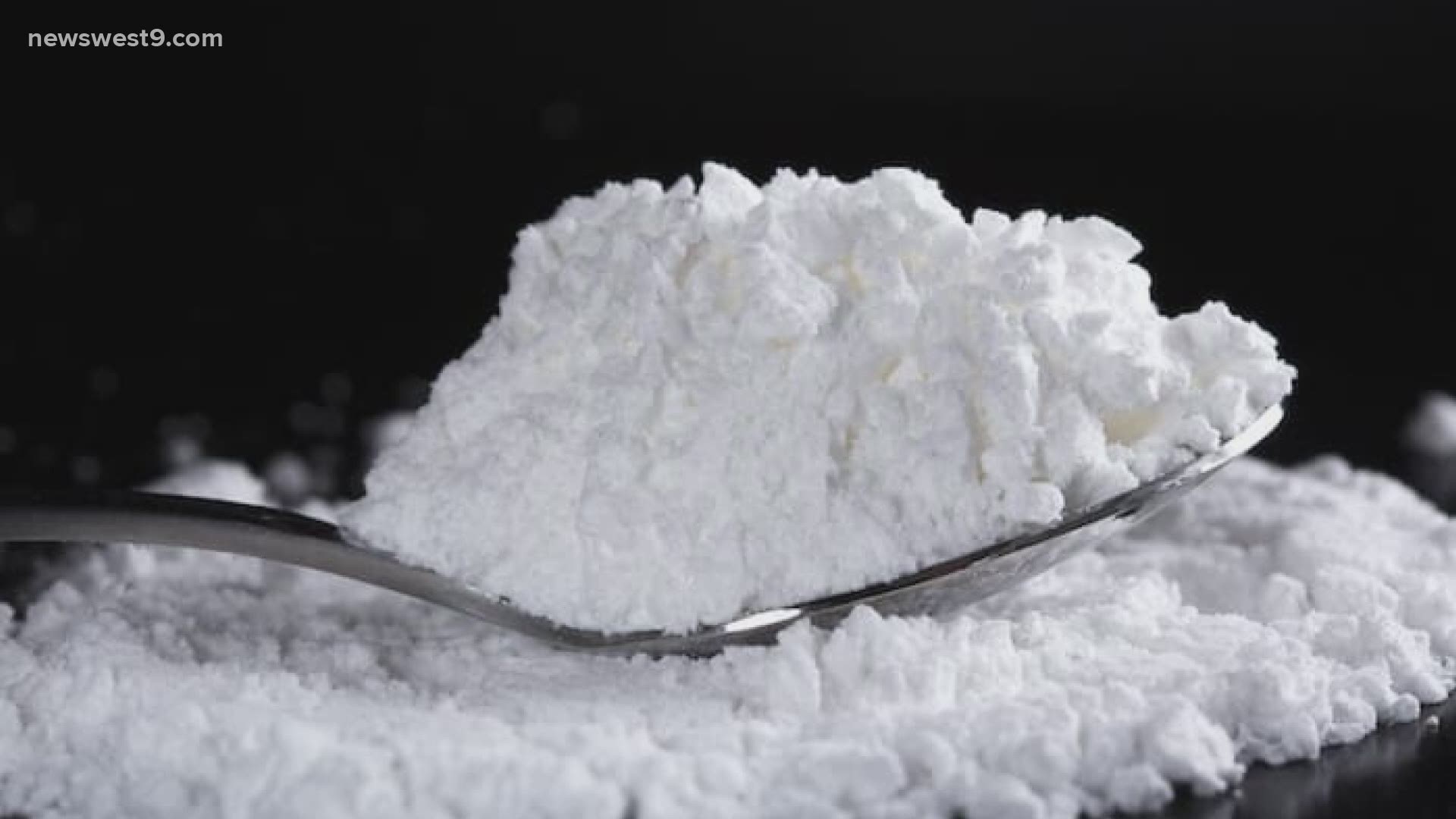 ECTOR COUNTY, Texas — The Ector County Medical Examiner's Office is warning the public after it says it has seen an increase in fentanyl-related deaths over the course of 2020.

The office says it saw at least 10 deaths in the county involving an overdose of the drug, as well as fentanyl combined with other drugs.

Fentanyl is an extremely dangerous drug that is a powerful opioid "100 times stronger than morphine." The office says these pills are so dangerous that simply holding one can cause the fentanyl to be absorbed into your system through the skin.

According to the ME's office, the pill is small and blue or green, and has "M30" stamped on the surface.

Other names for the drugs reportedly include hillbilly heroine, 512s, M30s, Percs and Oxy. Many counterfeit pain pills and sedatives are in fact laced with fentanyl but look identical to medications like Zanax or hydrocodone.

The medical examiner's office says it has already seen several overdose deaths they believe are fentanyl-related and is encouraging the public to be aware and only take medications prescribed by a physician and in a clearly marked prescription bottle.

If you come across any pills that match this description, you should contact your local police agency and not touch the pills.