The FBI, ATF and DEA agents wearing tactical gear used an armored vehicle to get inside the home. 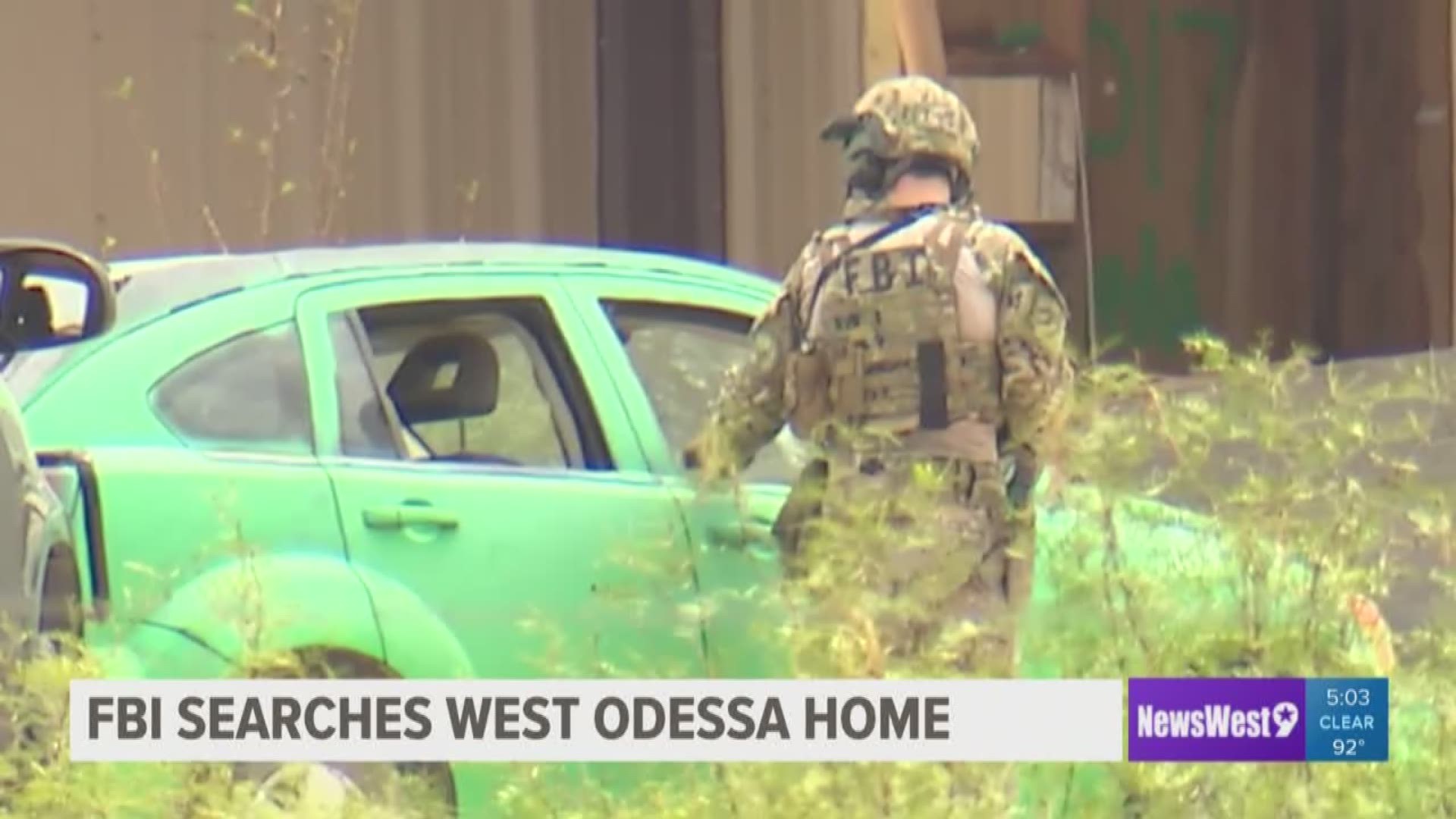 ODESSA, Texas — One point of focus in Sunday’s investigation into Saturday's mass shooting was a home in west Odessa, where FBI agents executed a search warrant.

FBI agents were collecting evidence from the home that police believe may have a connection to this shooting.  That gold Toyota that police are investigating is registered to this address and the name on that registration is the same as the man police identified as the alleged shooter.

A neighbor says she would see a man at the property shoot guns randomly at night. She says he owned at least two – a rifle and a handgun -- and one time he came to her door with that rifle.

RELATED: VERIFY: GoFundMe hoaxes circulating in the aftermath of the Odessa shooting

On Sunday, FBI, ATF and DEA agents wearing tactical gear used an armored vehicle to get inside the home. They used a loudspeaker, telling anyone in the home that they have a search warrant and to come out with their hands up.

They also used an Odessa Police bomb squad robot inside the home. It’s unclear right now what they were looking for and it’s also unclear if the suspected shooter lived here.

Other people who live in this neighborhood say watching all this unfold puts them on edge.

“I lived in El Paso and when I was out there, that happened,” said Chris Alvidrez. “Now this happens here. I just kind of want to go back home, I guess.

Another neighbor says the man who lived there was very aggressive.  She says she called police a month ago, but they couldn’t find the address on GPS.

Now the FBI is scouring the property for any evidence that could help them piece this puzzle together.

Police say people in town should expect to see lots of police activity with search warrants being executed in the next few days.