It's been one week since the mass shooting at the Indianapolis FedEx facility where eight employees were killed, and families are preparing final arrangements. 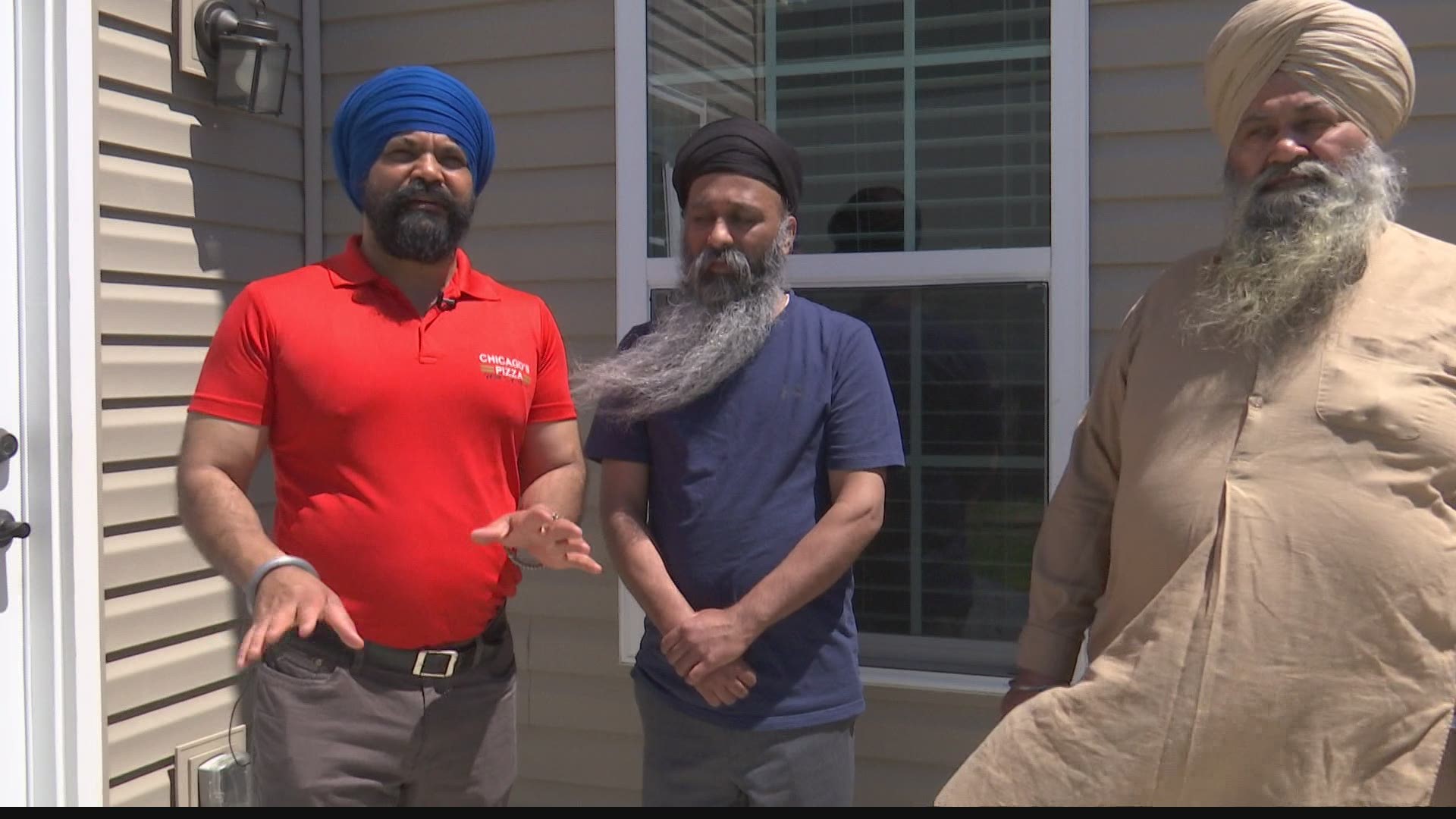 INDIANAPOLIS — NOTE: The above video is from a report on the Sikh community asking for investigators to look into bias as a motivation for the shooting.

One week after the mass shooting at the Indianapolis FedEx facility where eight employees were killed, families are preparing to say goodbye.

Funeral arrangements are being made for:

RELATED: Here's how you can help the families of those impacted by the mass shooting at an Indianapolis FedEx facility

Samaria Blackwell, 19, from Beech Grove was the youngest of four children in her Beech Grove family. She played home school basketball and soccer and dreamed of becoming a police officer. Avon Police are collecting police patches from departments across the country to present to Samaria's family.

On Wednesday, funeral arrangements for Samaria were announced.

Visitation is set for 11:30 a.m. until the time of the service. Graveside services will be private.

Credit: Smith Family
19-year-old Karli Smith died during a mass shooting at a FedEx facility in Indianapolis on Thursday.

Karli Smith was also just 19 years old. She was a 2020 graduate of Washington High School. Karli played softball and liked to send selfies to friends and family.

A celebration of her life will be held on Saturday, April 24, 2021 from 10 a.m. until 12 p.m. at The Blended Church, 2215 Country Club Road. It will be a visitation only and will be livestreamed at www.ellismortuary.com and on Facebook at Ellis Mortuary, Inc.

Matt Alexander, 32, loved Christmas and baseball. He played for Avon High School, where he graduated from in 2007.

Visitation for Matt was set for Thursday, April 22 from 3 to 8 p.m. Funeral services are on Friday, April 23 at 11 a.m. Burial will be at Maple Hill Cemetery in Plainfield. In lieu of flowers, contributions can be made to the Matt Alexander Memorial Baseball Scholarship Fund c/o Baker Funeral Home 387 E. Broadway St. Danville, IN 46122.

Credit: WTHR
Mary Carol Weisert holds up a photo of her husband John "Steve" Weisert, who was among the eight killed in a mass shooting at a FedEx facility.

John Weisert, who went by Steve, was the oldest victim at 74. His wife, Mary Carol, spoke to 13News as she was waiting to find out if he was OK. She eventually received the worst news the day after the shooting. The couple would have celebrated their 50th wedding anniversary this fall.

Services for Weisert will be held on May at 11:30 a.m. at St. Luke Catholic Church. The service will be live streamed and may be viewed by going to www.stluke.com, scrolling down and clicking Live Mass.

Four of the victims were from the Sikh community.

Credit: Sikh Temple
68-year-old Jaswinder Singh was one of four members of the Sikh community who were killed in a mass shooting at an Indianapolis FedEx facility.

Many family members just arrived from India Thursday, coming here to mourn together and say goodbye to the patriach of the family. 68-year-old Jaswinder Singh was one of the eight victims, and one the four Sikhs, killed in the April 15 FedEx mass shooting.

"In our culture we depend on our elders,” said Harjap Singh Dhillon, a relative speaking for the family. “Whatever we can do, we need his advice. So the whole family is feeling now that he’s not here. So, a big part of our family is gone."

Jaswinder was shot and killed waiting in line for his first paycheck at FedEx Ground, where 90 percent of the workers are Sikhs.

His family said Jaswinder loved to walk his neighborhood at a quick pace, even at 68 years old.

"In his life, I don't think he ever had an argument with anyone, nothing, no argument in whole life, always a friendly peace loving man."

Credit: Komal Chohan
66-year-old Amarjeet Johal (center) was one of four members of the Sikh community who were killed during the mass shooting at an Indianapolis FedEx facility.

Amarjeet Kaur Johal, 66, was a mother and grandmother. Her family said anyone who knew her would say that she was their mother. She loved to cook and found joy in feeding people.

Her funeral is set for Saturday, April 24 at 10:30 a.m. and can be seen on the St. Pierre Family Funeral Facebook page.

Credit: WTHR
Pictures of Amarjit Sekhon (right) and Jasvinder Kaur (left) are held during a vigil honoring the victims of the mass shooting at FedEx on April 15, 2021.

Jasvinder Kaur, 50, and Amarjit Sekhon, 48, were related by marriage. They rode to work together and were shot in their vehicle as they arrived. Amarjit worked the night shift to provide for her disabled husband and two sons.

13News is still waiting to hear on funeral arrangements for both.

RELATED: Faces of the victims in the Indianapolis FedEx mass shooting