Fans of McDonald's drive-thru worker feast on positivity and songs

Customers drive out of their way for cheerful meet-ups with Daniel Marshall at this McDonalds in Minnesota. 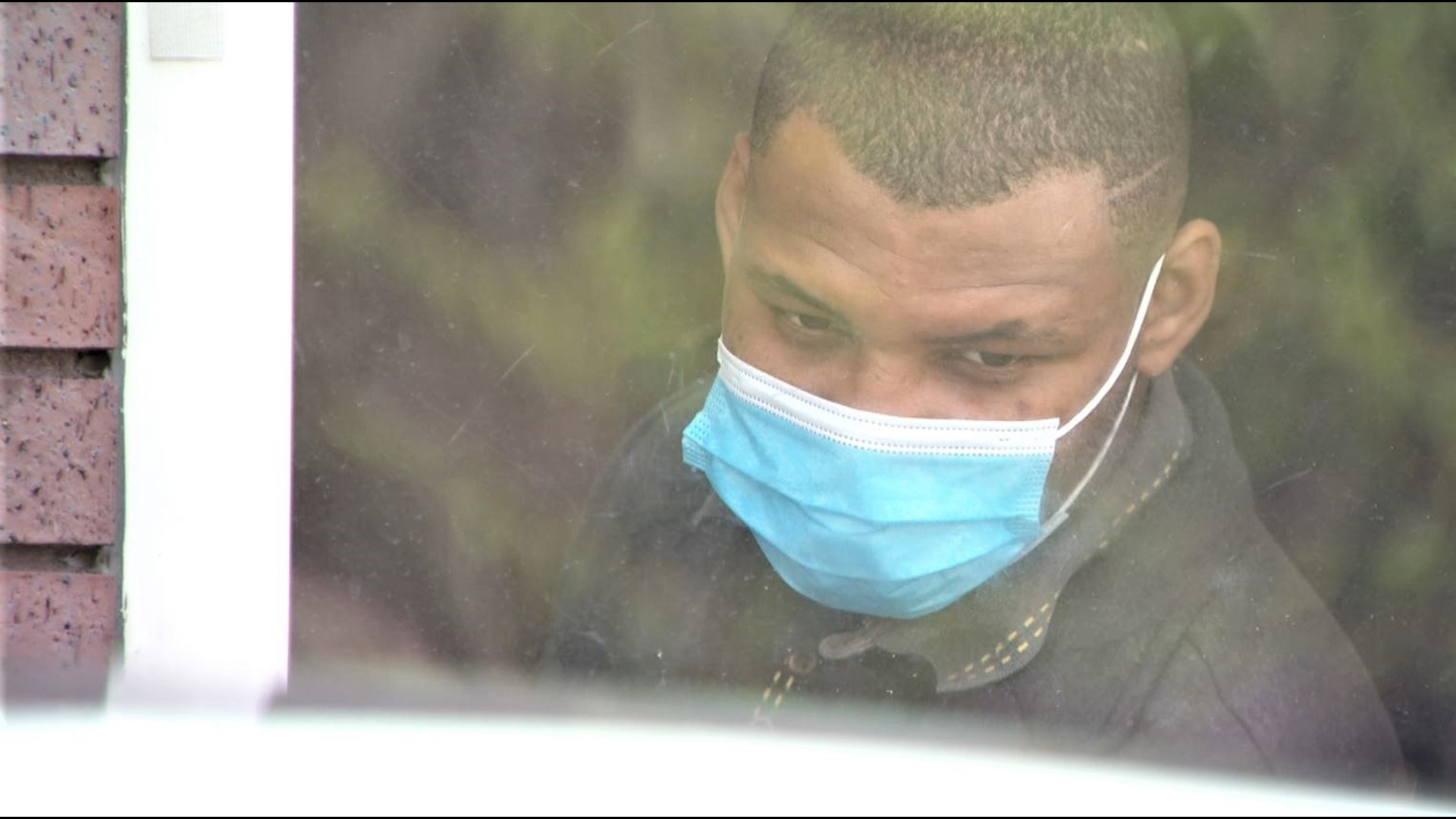 ARDEN HILLS, Minn. — When people talk about a restaurant's performance, they are generally not referring to the entertainment coming through the drive-thru speaker.

But lunch time is show time at the Arden Hills' McDonald’s.

Listening from the driver’s seat of his SUV, Mark Lozano busts out laughing. “This guy is great,” he says.

“Thank you so much for choosing Arden Hills McDonald's,” the voice continues. “My name is Daniel. How are you today?”

22-year-old Daniel Marshall will not only sing your order, if he doesn’t know your name, he’ll give you one.

“What's up Superstar?” he asks a customer.

“He really puts a smile on my face,” a laughing Emily Rabe says from her driver’s seat. “When I’m having a mental breakdown as a student, he really brightens my day.”

Credit: Chad Nelson, KARE
22-year-old Daniel Marshall is a hit with customers at the McDonald’s in Arden Hills, Minnesota.

Daniel spots a convertible pulling up to his window. “Woohoo!” he says to the owner.

Making friends comes as naturally as ketchup goes with fries.

But that’s not the way it's always been for Daniel.

“I was different from a lot of people,” Daniel says.

The teasing started in elementary school, about the time Daniel was diagnosed with autism.

“I was called names, like, I was dumb, I was stupid, I was retarded,” he says.

Cheryl says the manager and others at the restaurant found Daniel’s positivity off-putting.

“Every day they would say to him, ‘You just need to quit. Isn't there somewhere else you would like to work,’” Daniel’s mom says.

But something clicked when Daniel teamed with his McDonald’s manager, Ashley Sicora.

“I understand how he ticks,” Ashley says. “My youngest son is actually autistic as well.”

Liam will hyper-focus on things like space and the planets.

“Customer service is that for Daniel,” Ashley says. “Everything he has he puts into that.”

Daniel’s manager isn't the only one who's noticed.

In the year since Daniel came aboard at McDonald’s, customers have sent hundreds of messages complimenting the polite, enthusiastic young man who serves them.

“Daniel is outstanding,” reads one.

“You have found a gem,” says another.

The messages have garnered the attention of the owner of the Arden Hills, McDonald’s, former Minnesota Viking Tim Baylor.

“He literally makes people's day,” Tim says. “Daniel is what you want.”

In recognition of good service, Ashley posted Daniel’s name on the yellow sign beneath the golden arches in front of the restaurant.

Upon seeing it, a surprised Daniel experienced a rare moment of speechless glee, giddily falling backwards onto the sidewalk.

“No one quite like Daniel,” the restaurant’s owner says with a smile. He then laughs, and adds, “Anywhere.”

No more teasing. At McDonald’s, Daniel only feels respect.

“It's home,” he says. “It's a brand-new opportunity for me to be somebody in the world.

As Daniel thrives, his mother savors the ride.

Meantime, another mom watches Daniel and thinks about her son.

“When you see somebody like Daniel,” Ashley Sicora says, “it's just kind of reassuring that it's going to be okay and he'll figure out his own way.”

Hours into his shift, Daniel hasn’t slowed a beat. He sings, he greets, he laughs with one customer after another.

Daniel Marshall makes every day the performance of his life.