The statue, which usually needs four people and a trailer to move, was recovered after someone saw the Santa at another location. 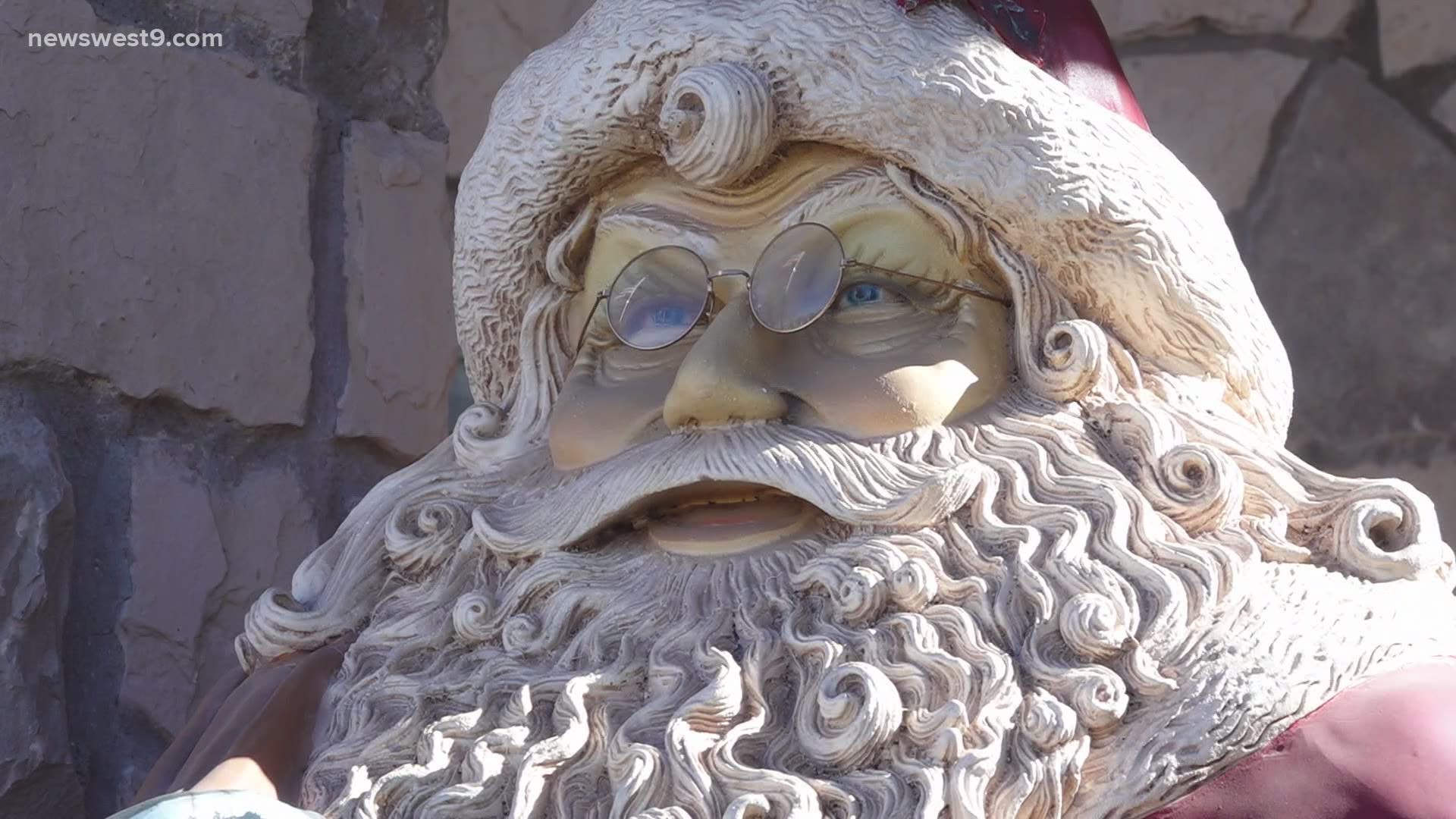 ODESSA, Texas — One Odessa family got hit by "The Grinch" recently after their nine foot Santa Claus statue went missing.

Alex Stewart says the statue belonged to her grandmother, who has owned the statue for around 16 years.

The family's security camera didn't pick up the theft of the statue, which usually takes four people and a trailer to move due to its side and weight.

However, the Stewart family says someone messaged the family after seeing the statue in a yard in Ector County.

Stewart says the statue has been returned and the family is working with police to press charges on the people who took the statue.

Since the investigation is ongoing, no names have been released at this time.

The family thanked everyone for getting the word out about the missing statue and allowing them to recover it.

Stewart also recounted the moment she told her Nana they had recovered the statue.

"I'm like 'Nana, they found him!' and she just start bawling," she said.