‘My world, my everything’ | Family, friends stunned over the death of Instagram influencer Alexis Sharkey

“I mean, just threw her on the side of the road, naked, like garbage. I just, I don’t get it,” said Tanya Ricardo, one of Alexis’ best friends in Houston. 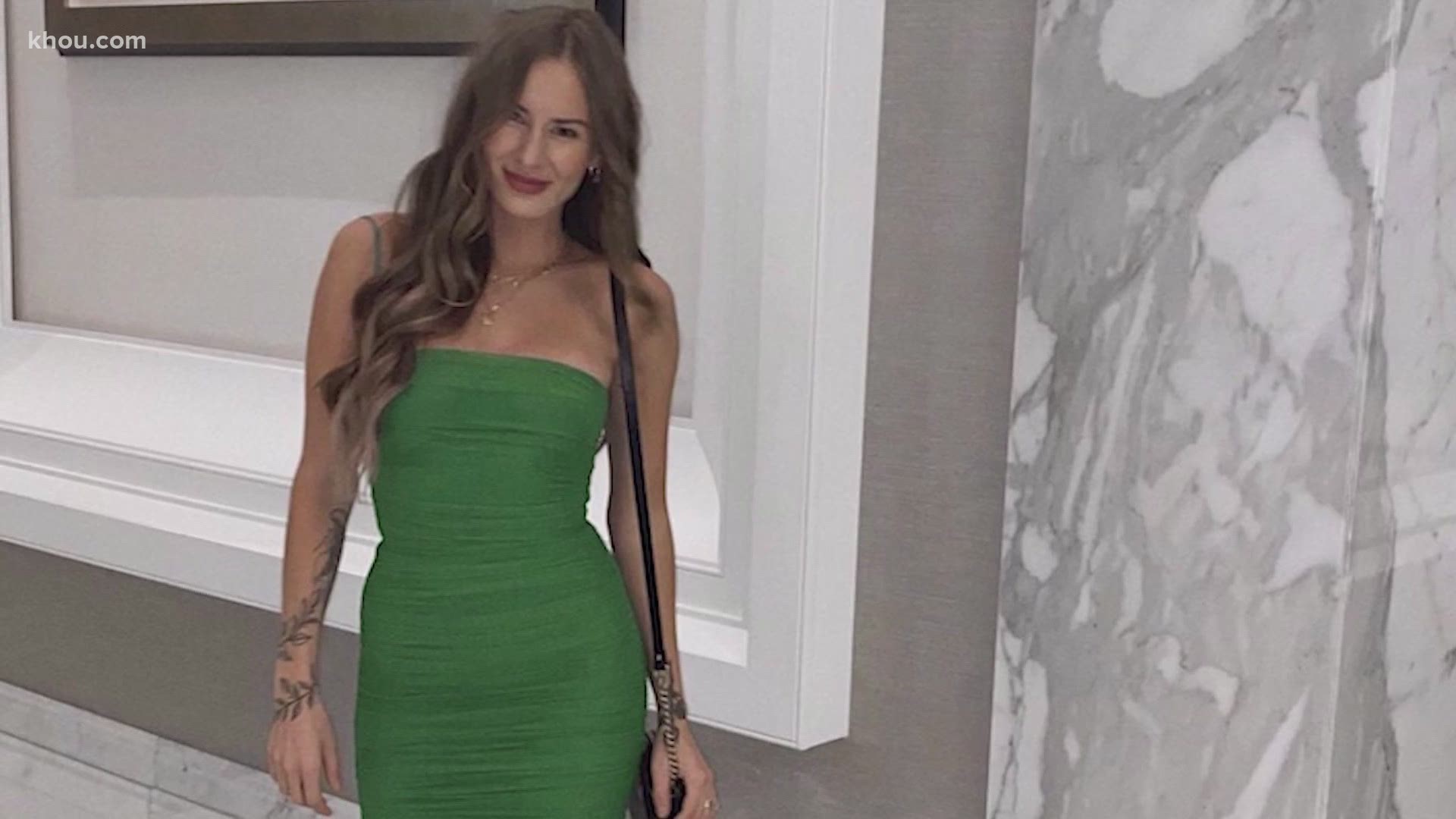 Alexis Sharkey, 26, was last heard from on Friday evening, according to her mother, Stacey Clark Robinault.  She said her son-in-law, Tom Sharkey, told her Saturday that Alexis was missing so she posted a desperate plea for information on Facebook.

Houston police say Alexis' nude body was found Saturday morning off I-10 near North Eldridge Parkway in West Houston. A city worker made the discovery at 1000 Red Haw Lane around 8:30 a.m.  There were no signs of injuries and police are waiting for an autopsy to determine the cause of death.

“I mean, just threw her on the side of the road, naked, like garbage. I just, I don’t get it,” said Tanya Ricardo, one of Alexis’ best friends. “No one gets away with something like this. No one.”

Tanya said Alexis spent Thanksgiving at her house and they made plans to watch movies with other friends all day on Saturday. The last time they spoke was around 6 p.m. Friday.

She got worried the next day when text messages and phone calls went unanswered.

“She is attached to her phone. She is a social media queen. She is an influencer. She works from her phone,” Tanya said.

They grew more alarmed when they realized Alexis, who has more than 20,000 Insta followers, hadn’t posted on social media for over 12 hours. No one answered the door at the apartment Alexis shared with her 49-year-old husband.

This might be the last photo of Alexis Sharkey alive. She's there on the right.

She spent Thanksgiving with friends who say Alexis was going watch movies with them Sat.

The 26YO 'influencer' was found dead, naked Sat. morning.@houstonpolice are working to solve case.#khou11 pic.twitter.com/WcMn85Iht3

Their worst fears were realized Sunday when they learned Alexis' body had been found about three miles from their apartment.

She and Tom had been married for almost a year and had moved to Houston in January.

“My world! My everything! I’m so lost right now! My one and only!” Tom wrote on Facebook.

But Tanya said the couple had issues.

“Recently, she opened up to us about it and divorce was being filed,” Tanya said. “She was a very private person. She didn’t share a lot about what was going on at home.”

Even with apparent problems at home, Alexis remained upbeat, according to Tanya.

“She was always happy, always had a smile on her face. A lot of people looked up to her. She was just very, very positive,” Tanya said. “I don’t know who could have done something like this to her.”

She said Alexis’ friends aren’t going to let this go.

“Whoever did this, we’re going to find them. We’re going to do everything it takes. So, everyone can put her to rest in peace,” Tanya said.

They’ve set up a gofundme.com account to help Alexis' family in Pennsylvania pay for travel and funeral expenses.