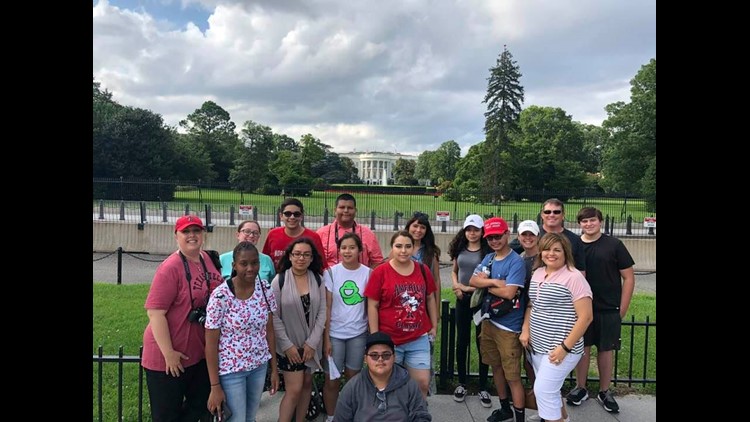 "It was kind of surreal to work with NASA," said Sophomore Deidre Morales. "To know my work is on there going up in space, it's not an opportunity everyone gets and it was unreal just to see that."

An astronaut will conduct their experiment and test it at the International Space Station for 4-6 weeks. The students' experiment compares how a plastic-eating bacteria will decompose P.E.T. in space compared to earth. P.E.T. is a type of plastic found in water bottles.

The launch happened early Friday morning as the students watched their experiment take off.

"I was scared at first because the last two failed but it was successful and it was actually happening," said Eighth Grader Clara Long at Bonham Middle School. Long was the designer of one of the patches that represents ECISD which was flown on the launch.

This program is a part of ECISD Innovation and PICK Education. It was funded by Chevron, the Education Foundation and Texas Space Consortium. Professional science support was provided by UC Davis and UTPB.

"Hearts were racing in anticipation as the SpaceX rocket carrying SSEP Mission 12 experiments was launched into space," said ECISD Chief Innovation Officer Jason Osborne. "The successful launch brings Falson ECHS' Atlas 13 closer to reaching their goal of having an experiment performed on the International Space Station by astronauts.

The students will present their experiment to nationally recognized scientists and engineers at noon on Friday.