When Dallas Cowboys legend Emmitt Smith wanted a cake for his birthday, he turned to TikTok. That’s where he discovered Tye Sule, a Grand Prairie ISD graduate. 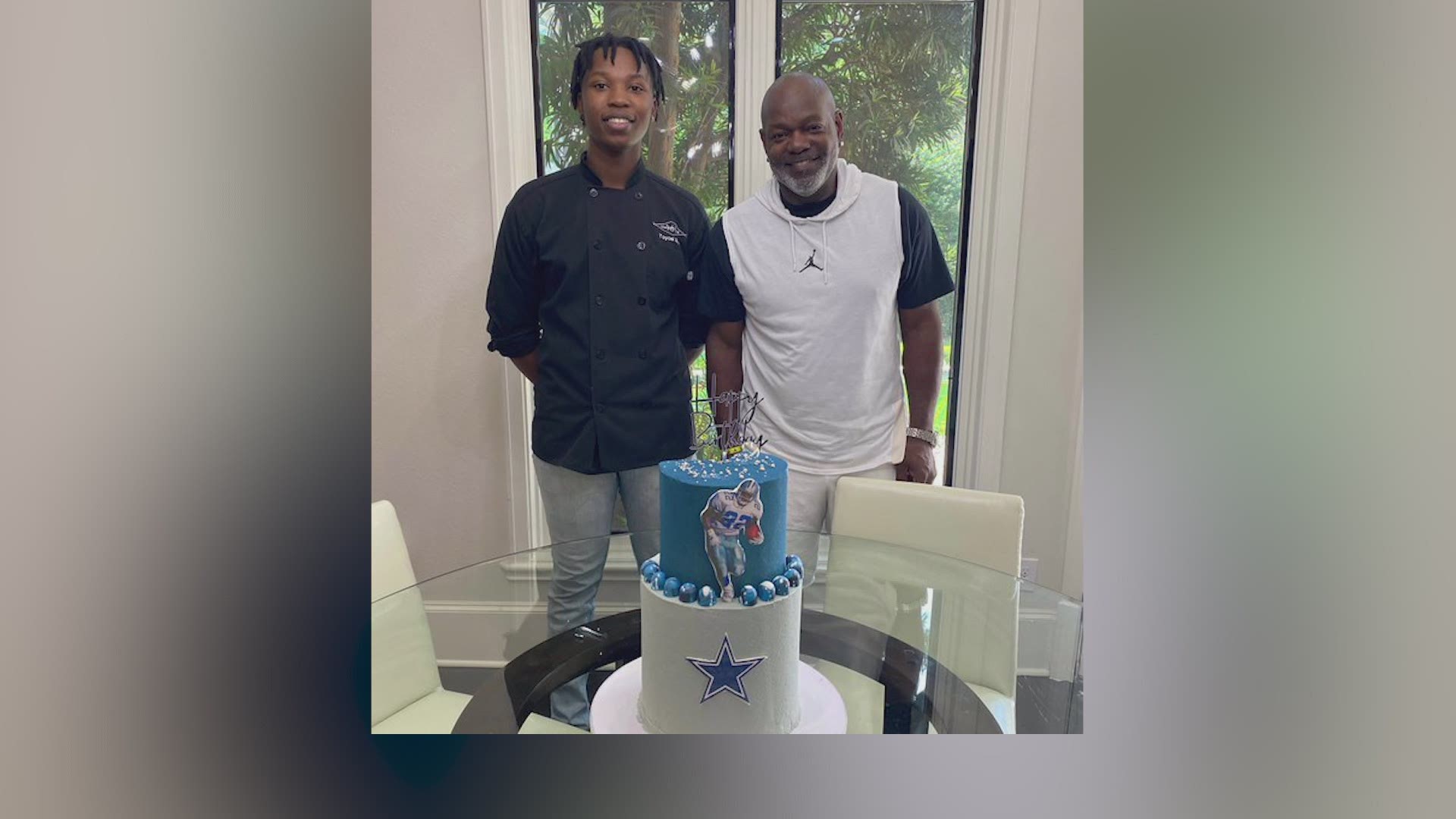 DALLAS — When Dallas Cowboys legend Emmitt Smith wanted a cake for his 52nd birthday last weekend, he turned to TikTok to find a pastry chef.

“He’s a young man that’s trying to grow his career, and he does a lot of great baking,” Smith said in a video posted to his Facebook page.

Sule told WFAA that Smith emailed him, asking for a cake for his birthday.

“He said (I could) do any type of creative idea that (I) wanted,” Sule said. “His only request was that he (wanted) a butter cake. Cause that's his favorite flavor.”

Sule got to work, and designed a two-tiered, Cowboys-themed cake with a “velvet-textured” look.

“I basically grabbed cocoa butter and white chocolate. Melted it. Mixed it together. And then got a spray gun and then added it to the cake,” Sule explained.

It's one of the most memorable experiences in Sule’s culinary career, the 20-year-old said.

“It was epic,” Sule said. “That's like my first celebrity cake order, so I was like, 'I have to do great on this.'”

Over the weekend, Sule dropped the cake off at Smith’s house. But before singing "Happy Birthday," Smith challenged him to a two-minute cake decorating contest.

“For his first time ever touching a piping bag, I think he did well,” Sule said.

The El Centro College student said Smith later surprised him by purchasing all of the baking items and equipment off Sule’s Amazon Wishlist. The Hall of Famer presented the gifts to Sule during the birthday celebration.

“It was amazing, honestly speaking, because first off, he's a genuine person. He's a very nice and kind person,” Sule described. “He went out of his way, and he actually wanted to help build me.”

Since designing and making Smith’s cake, Sule said he’s been getting a lot of cake orders. He hopes to one day open a café.