Ector, Yucca theatres opening back up for spring and summer live shows and performances

The Ector Theatre's first big live performance coming back is Thursday, April 15 and Summer Mummers tickets go on sale May 1. 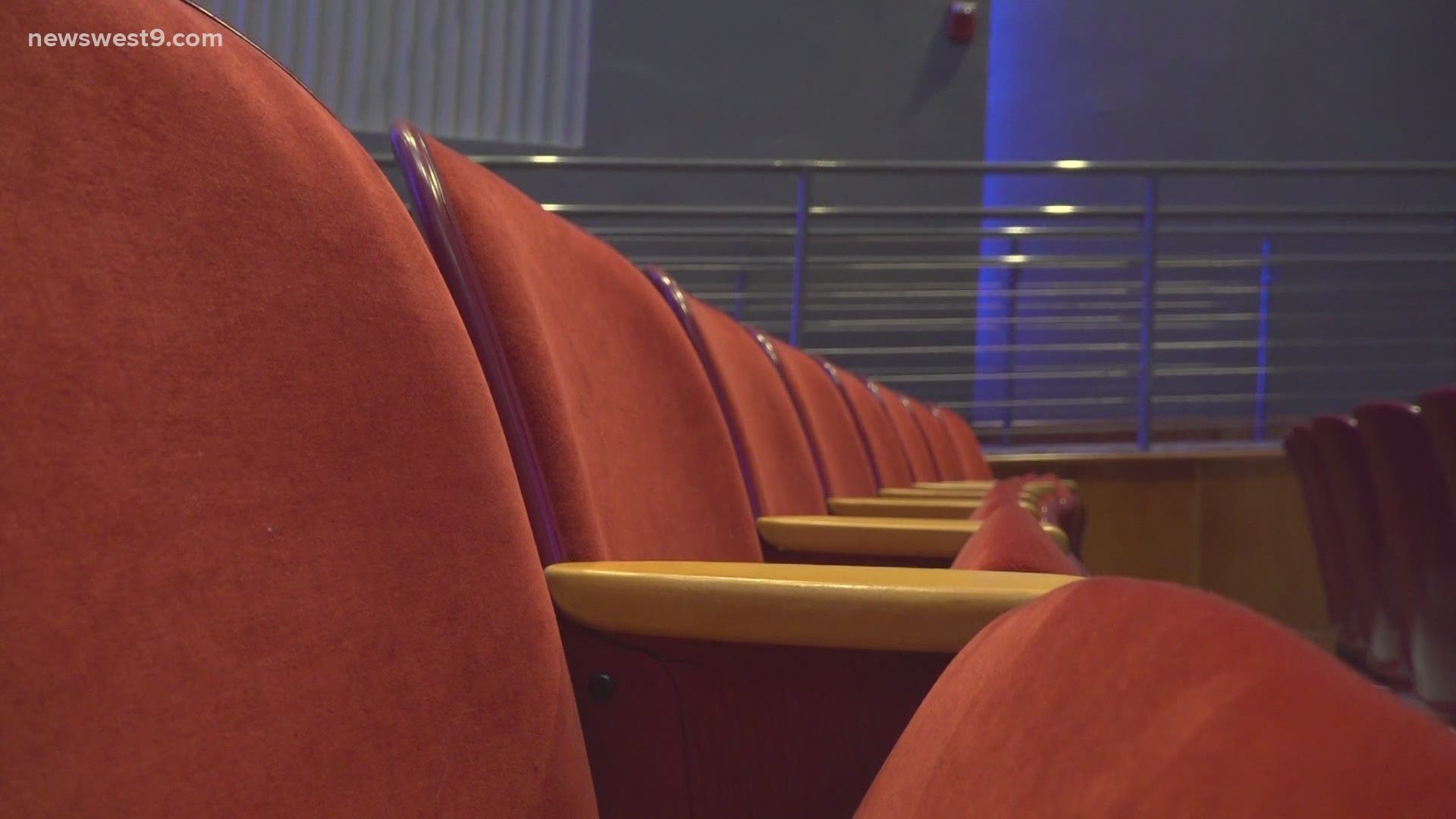 ODESSA, Texas — Heading back to the theater is music to our ears.

The curtains are opening on this next stage of entertainment in the COVID-19 era.

For the Ector Theatre, that means they'll be recommending mask wearing and offering socially distant seats if that's your preference.

"If they want to space out, we'll recommend they go to the balcony," Reece Eoff, Ector Theatre executive director said.  "We will have ushers here to help with everything and we will send out an email and possibly a text before to everyone who's bought tickets."

They're only selling about 500 tickets of their 756. Even though they're not at 100% capacity, they're still excited to open, welcoming guests back for live performances and shows starting next week.

"We have Hot Summer Nights," Eoff said. "Odessa Arts and Randy Ham are doing that. It's every Friday of the summer of June and July."

As for the Yucca, they're currently preparing the theatre for Summer Mummers, which will be live and in person this summer.

"The melodrama this year is based on 1920s bootlegging, but instead he's taking over a whiskey distillery to make hand sanitizer, so we're doing a little bit of a wink to the last year," Wendi Guerrero, Midland Community Theatre public relations director said.

And the hype for these shows being back is already through the roof, if not more than in past years.

"I can tell you I get several calls every day asking when do tickets go on sale, when does it open, when does it close, when can we see new details about it," Guerrero said.

The Midland Community Theatre says their board and the Summer Mummers board is still working on what COVID-19 restrictions will look like for these performances.

They do say they'll have about 30 to 60 less actors than in previous years.

Auditions for Summer Mummers will be this Sunday at 3 p.m. for the melodrama and 5 p.m. for the olio. They'll have an all-inclusive audition at 6:30 p.m. on Monday by signup via their Facebook page.

Virtual auditions will be available as well.

The Ector Theatre's first big event back will be next Thursday at 8 p.m.