A protest was planned Wednesday night for what protesters believed was Sheriff Griffis' house. 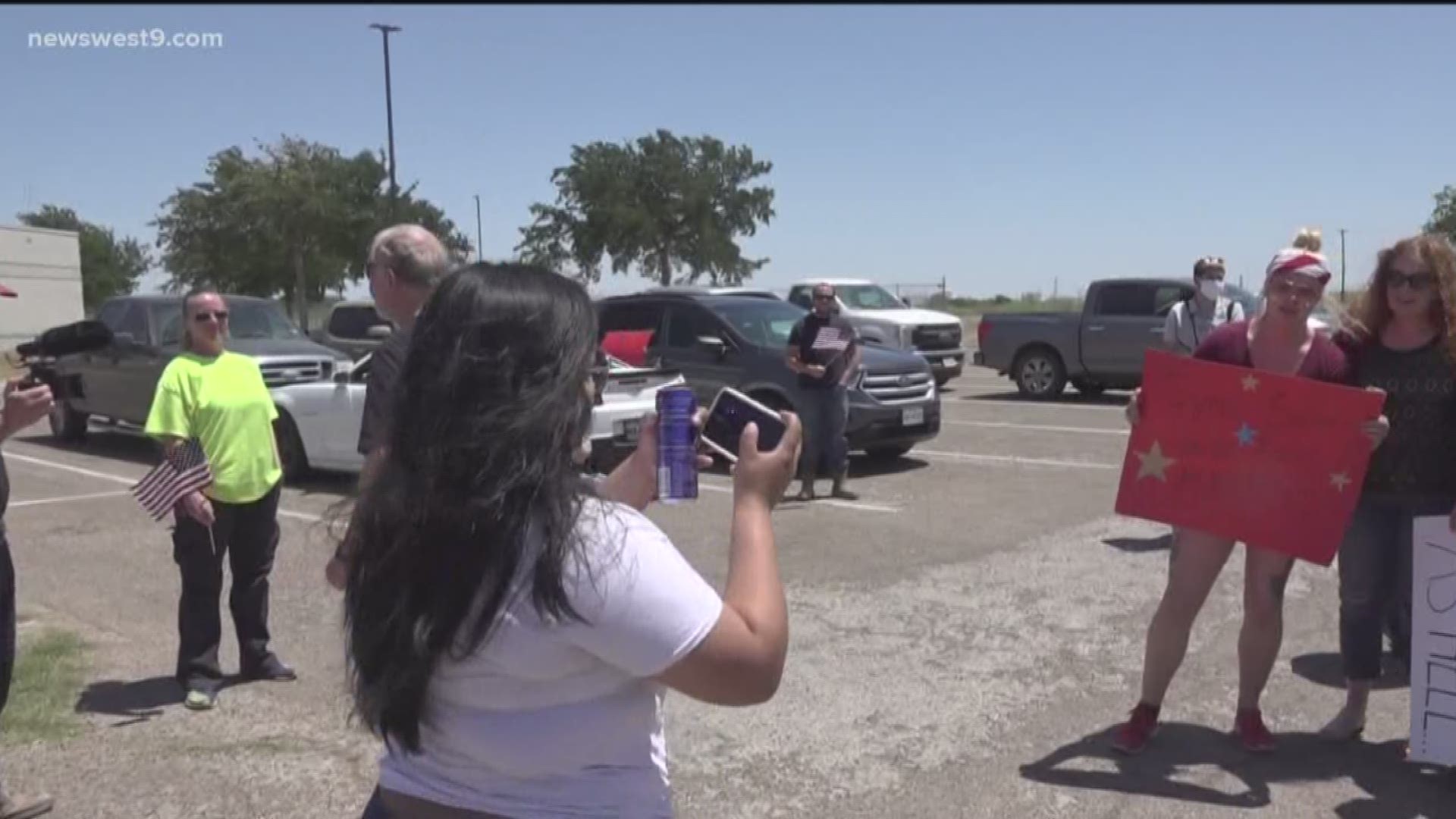 ECTOR COUNTY, Texas — The protest group that rallied outside of Big Daddy Zane’s and Anytime Fitness in Odessa are back at it again Wednesday.

This time it's personal and aimed at Ector County Sheriff Mike Griffis.

They're rallying at places like the Ector County Sheriff’s Office and a home the group believes belongs to the sheriff.

They're angry over how the sheriff’s office responded to the rally on Monday outside of Big Daddy Zane’s that ended in the arrest of eight people.

The same group rallied in Frisco, Salon a la Mode in Dallas, Oyster Creek and now in Odessa.

Sheriff Griffis still stands by the arrests they made on Monday, though he never expected this kind of reaction.

The sheriff tells NewsWest 9 they've been getting hundreds of threatening phone calls, emails and texts every since Monday’s protest.

He says enough is enough, and if you want to get your message across there’s a better way to go about it.

Protest leader Philip Archibald, who lives in Dallas, traveled to West Texas this week to advocate for small businesses like gyms, salons and bars to reopen.

Even more people drove to West Texas Wednesday to join Archibald, this time rallying against how the sheriff's office responded to Monday’s protest outside.

“People just kind of show up, I put it out on social media and they just show up as they can,” said Archibald.

The sheriff‘s office says this protest is different. In fact, Sheriff Griffis says things are getting out of hand.

“I’m getting calls from all over the country threatening to shoot me, I mean it’s just been crazy,” Griffis said.

The protesters even planned a rally outside of the sheriff’s home Wednesday evening.

“I feel bad for anyone who didn’t have anything to do with this, like my family or my ex-family’s house,” said Griffis.

Archibald says any threats being made to the sheriff and his office are a justified reaction to what happened Monday.

“I have no control over that. That’s people being angry over what he did and he deserves that,” Archibald said

The sheriff has a simple message for the protesters:

“All these people that are here from wherever you came from, just go home and get yourself a job.”

To  make sure staff from the sheriff’s office are safe, the Midland County Sheriff’s Office as well as the Odessa and Midland Police Departments have been made aware of the situation and are helping where needed.

Protestors show up in defense of Anytime Fitness