Ector County Republican Women's Club was recently named the number one Republican club in the nation. 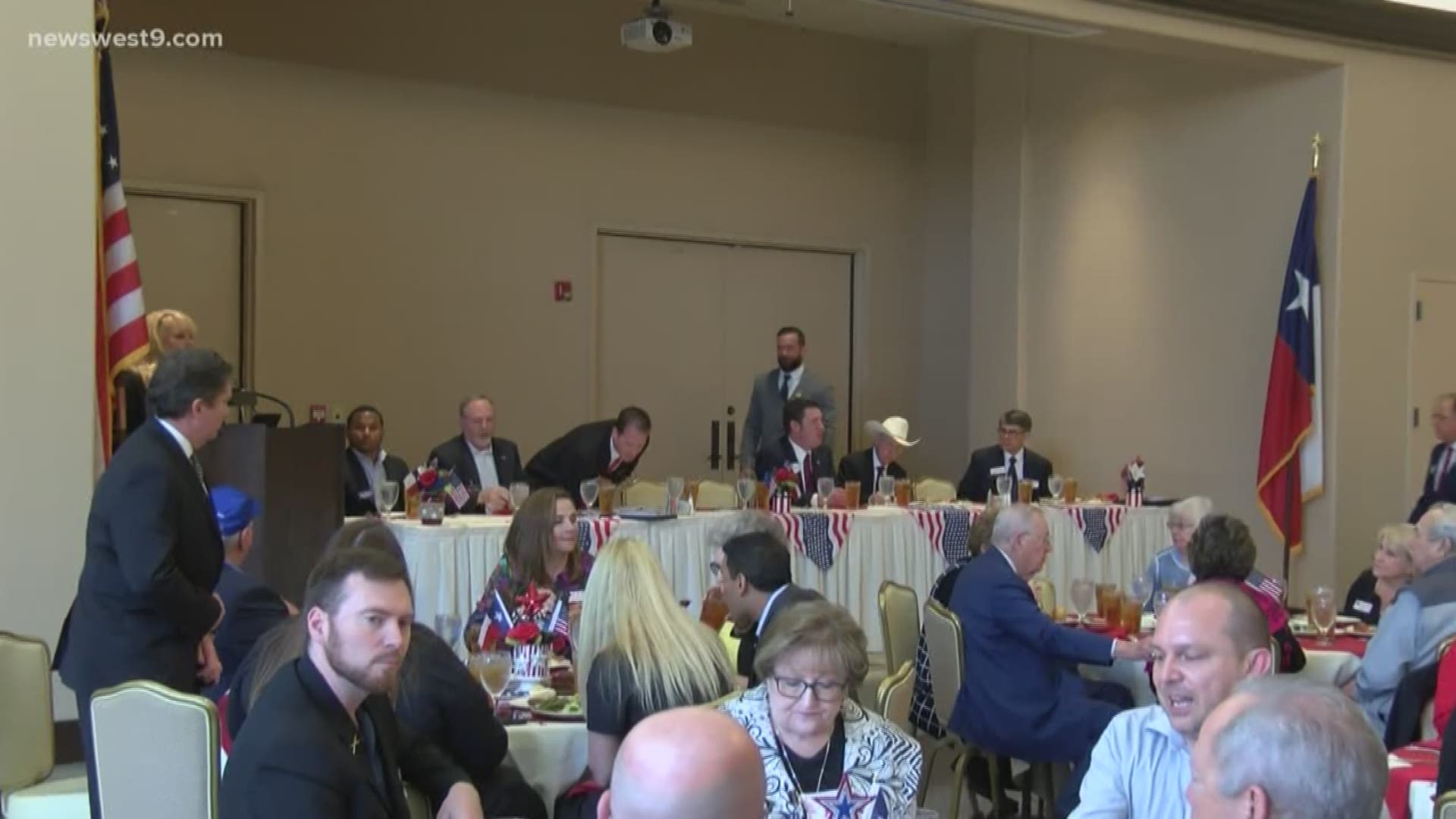 ODESSA, Texas — Mike Conaway isn't running for reelection in 2020, so 15 candidates have put their names in the hat for his empty seat.

According to the Federal Elections Commission, 12 republicans, one democrat, one libertarian and one independent are in the running.

Six of the 12 candidates are from our community.

Each local candidate explained what their top priority would be if they were to take office.

Jamie Berryhill says he wants to bring back religion to the forefront.

"I really believe that we have got to continue to put God back in the center of our nation. We have moved so far from our founding father's principles that they laid down. Because you know they identified him 4 times in the declaration of independence. And today we will not even let him in the city square, in our classrooms, in our military," Berryhill said.

J. Ross Lacy says he will focus on tax cuts.

"The number one what I'll do is I'll make the individual tax cut that happened in the Trump tax cuts in 2017 permanent. What most individuals don't realize is that was only for a five-year term and then after 5 years we go back to the tax rates that we had prior to the Trump tax cut," Lacy said.

Ned Luscombe says his priority will be immigration reform.

"Immigration for one. We've got to build the wall, we need electronic devices where the wall's not available and we gotta have a lot more border patrol agents down there," Luscombe said.

Casey Gray says he will focus on the oil and gas industry.

"The very first thing and foremost, being from this area is going to be bringing back money from the oil production that we expend here. We send money out all across the United States that's not used in our district and we're the ones doing the hard work producing it, making it and we see no return on it. We're paying higher gas prices than people in the northwest," Gray said.

J.D. Faircloth says he would target the nation's spending habits and deficit.

I believe the most serious threat to our country is our staggering $23 trillion national debt and our annual $1 trillion deficit spending ...As a CPS, with 20 years of business experience ... I am the only District 11 candidate with the knowledge, skills and political courage to address our nation's staggering national debt and our deficit spending addiction," Faircloth said.

You can find full interviews with some of the candidates on NewsWest 9's YouTube page.