Nearly 70% of families who responded to the survey want to see in-person instruction, with the remaining parents opting for remote learning. 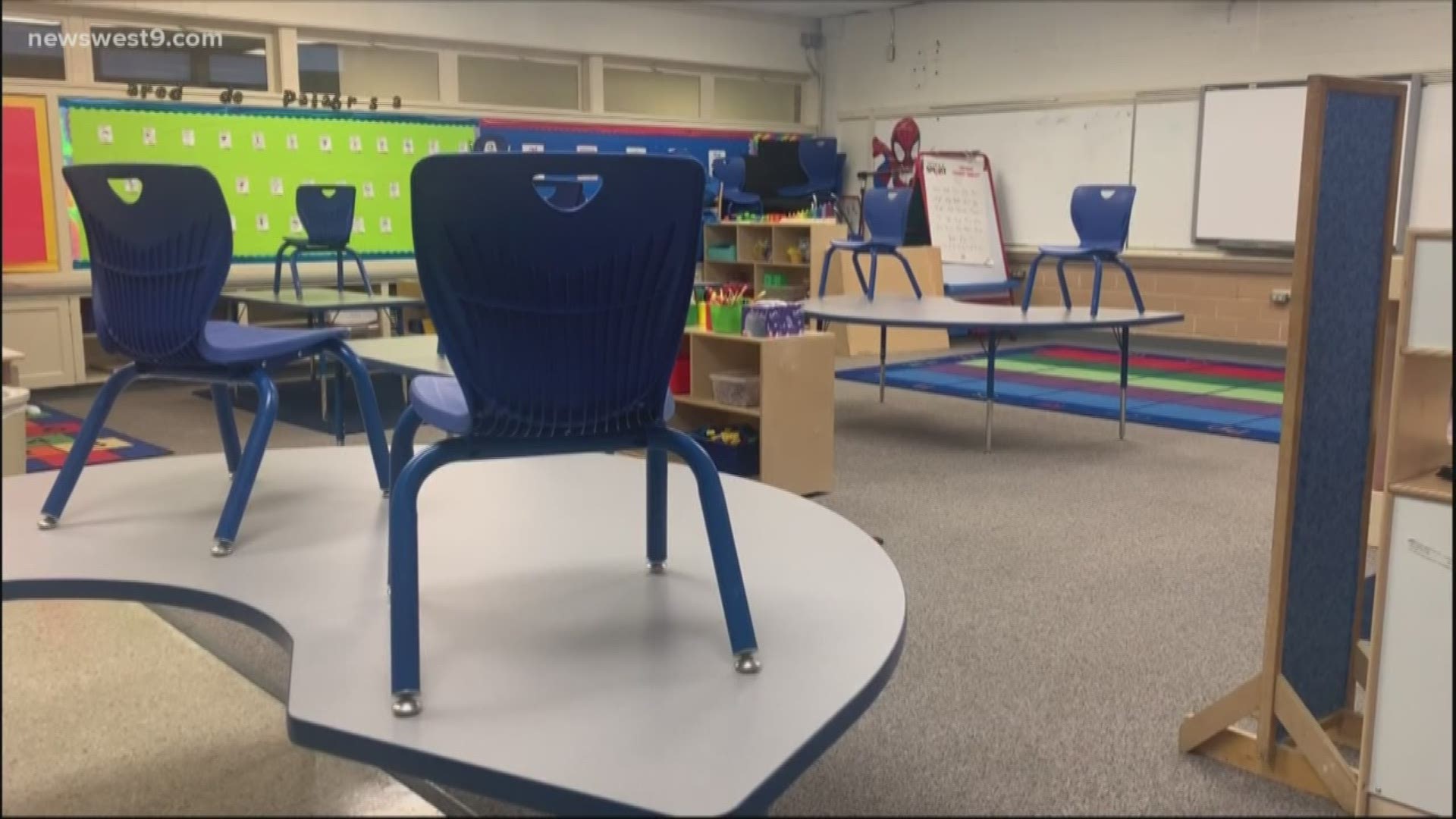 ODESSA, Texas — The Ector County School District is getting a better idea of how schools will look next year.

Parents spent the last week filling out a survey that asked if they would be sending their kids back to campus in the fall or if they'll be taking advantage of distance learning.

Results from the survey show that most parents want classes to continue on campus.

"What we're seeing is about two-thirds of our families are wanting to see in-person instruction and the remaining parents are choosing and opting for remote learning," said Stephanie Howard, Ector County ISD Deputy Superintendent.

Results from the survey showed that 15,000 people responded to their district-wide survey. That's around 43% of the ECISD student population.

"Campus principals all have their campus survey results so they can look at who has not replied or responded and they can start to reach out to families and start to get an idea of what they're thinking," said Howard.

Texas Education Agency guidelines will allow parents to have one more chance to respond to the survey.

"The TEA guidance issue is that a family is a school district cannot require a family to commit to in-person or remote any sooner than two weeks before the first day of school," said Howard. "So with August 12th being our first day of school, July the 29th is our two week timeline."

During that two week timeline, parents will be asked to fill out the survey with their final choice for the first grading session.

After the first grading session parents will have the option to re-evaluate their decision.

The district also asked teachers to fill out a similar survey, about 45% of teachers responded. Of those, 97% of them said they would be returning to work.

The Midland Independent School District plans to send out a similar survey to their parents within the next week or so.

More from this reporter: