Lieutenant Jeff Daniels told NewsWest 9 situations like these are taken very seriously. He hopes students speak out when they see or hear something that "seems off." 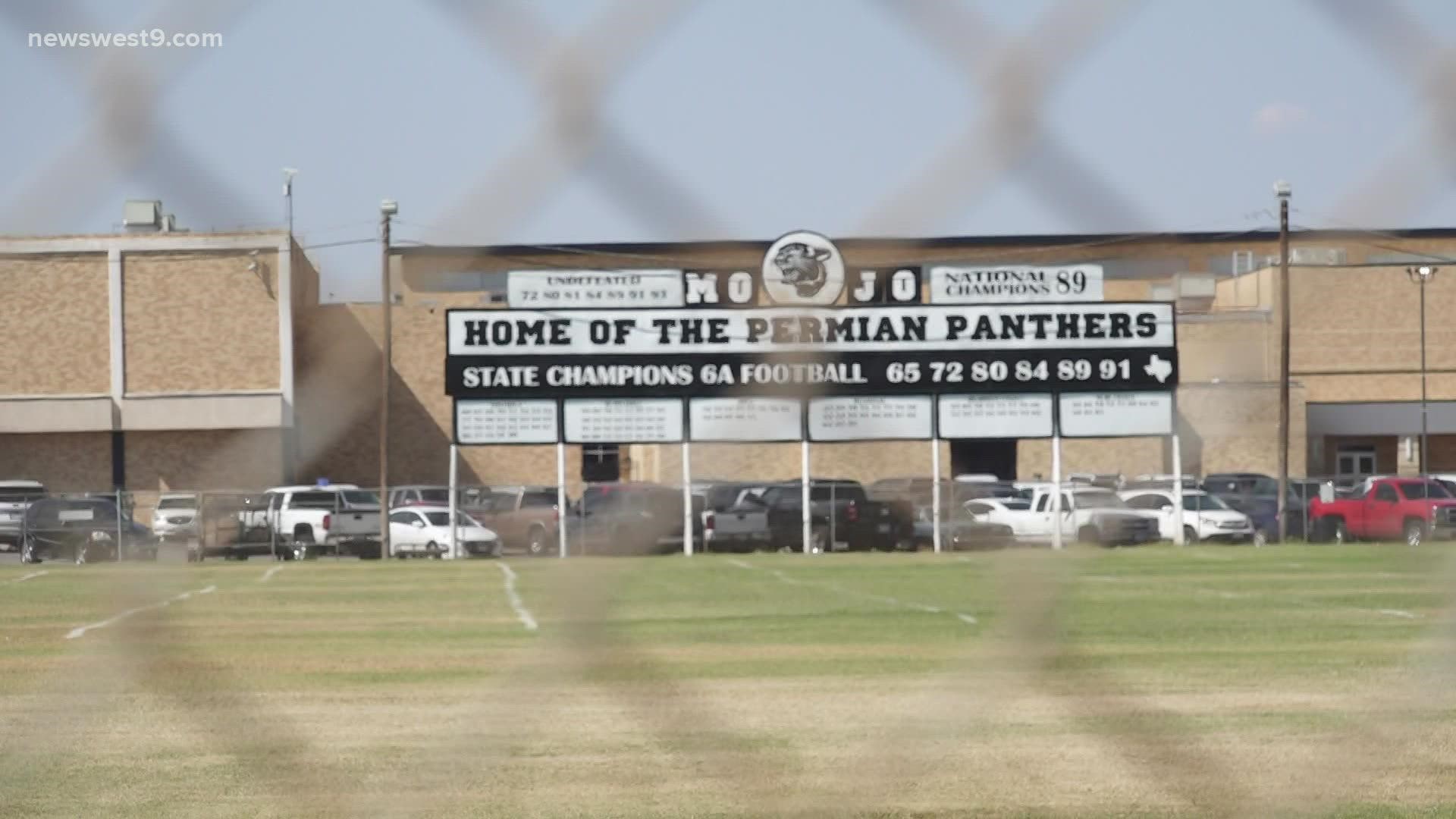 ODESSA, Texas — An ECISD student was arrested Friday after police say he made a threat to Permian High School on social media. The 9th grade student was found on campus and taken into custody.

Now he is being charged with exhibition use or threat of exhibition or use of firearms.

NewsWest 9 talked to an officer with ECISD police who said a campus threat is not a joke.

Lieutenant Jeff Daniels told NewsWest 9 situations like these are taken very seriously. He hopes students speak out when they see or hear something that "seems off."

"We have heard it a lot of times, when dealing with things, 'I was just playing around' or 'I was joking'," said Lieutenant Daniels. "When you make a threat towards a campus, there is no playing around. We take those threats very serious."

The incident reported on Friday at Permian High School comes a few days after a similar incident was reported at Wilson and Young Medal of Honor Middle School.

"Anything that you feel would endanger anyone, we consider a threat," said Daniels. "If someone just talks about having a gun on campus that is a danger even if they don't say 'I'm going to use it'."

Leaders at ECISD are using the student arrest to remind parents to know what their children are up to.

"It's not just our job, but their job, so please monitor what your kids are posting online," Daniels said. "If you see something that raises a concern, report it immediately."

Lieutenant Daniels said they will continue to monitor school campuses. He also emphasizes the importance of good communication with students, staff and parents.