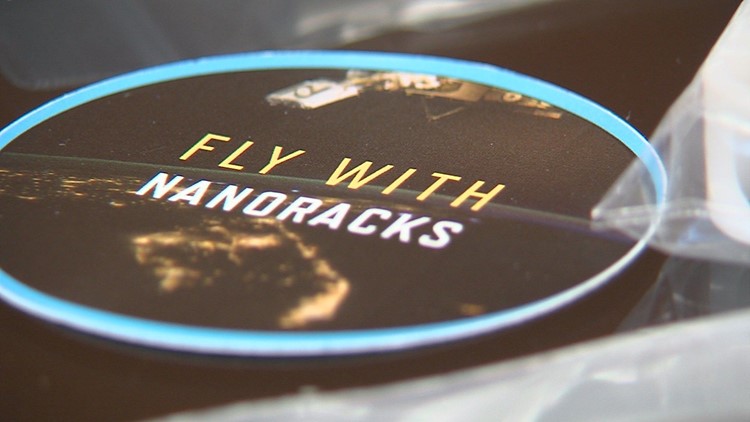 ECISD launches space program to send an experiment in space

The Ector County Independent School District is going out of this world. Their PICK Education program aims to bring real-world experiences into the classroom. But now, they're bringing their classroom into space.
Author: Jolina Okazaki
Published: 9:08 PM CDT October 15, 2017
Updated: 12:56 PM CDT August 14, 2018

ECTOR COUNTY, TX (KWES) - The Ector County Independent School District is going out of this world. Their PICK Education program aims to bring real-world experiences into the classroom. But now, they're bringing their classroom into space.

ECISD's PICK Education has launched the Student Spaceflight Experiments Program. The program gives eight ECISD schools the chance to propose and create an experiment that will be conducted at the International Space Station. An astronaut will have 4-6 weeks to work on the experiment where an analysis will be sent back.

"Imagine if we're trying to think of someday living in space," said ECISD Chief Innovation Officer Jason Osborne. "Then we have certain things we have to deal with on earth, constraints like gravity.  If we're trying to figure out what would happen on space, these kids will be able to come up with those protocols."

ECISD was one of the 31 school districts selected for the program, where each campus will have to come up with a proposal for their experiment. Each proposal will be judged on a local level and eventually in Washington DC, where the National Center for Earth and Space Science Education will choose one proposal for the mission.

"When I told them when we get chosen, we get to go to Washington DC and present it, they're like, 'Oh my gosh, really?'" said PICK Education Ambassador Elizabeth Gray. "We have about 28 different ideas they want to do and we're looking how something happens on earth would differ in microgravity."

Osborne has worked in the space industry in the past. He said bringing this opportunity for students to get involved with NASA only comes once in a blue moon. Now, students can think outside the box and reach for the stars.

"For me, it's that full circle experience," said Osborne. "I was in the industry side of space work, now being able to incorporate it into a classroom. Getting students at a young age engaged into space exploration. It's very unique. And to do it with real astronauts and working with the ISS is such a treat to our community."

The mission is set to launch in spring of next year.