A new security door system is being installed at all ECISD schools to keep unwanted guests out. 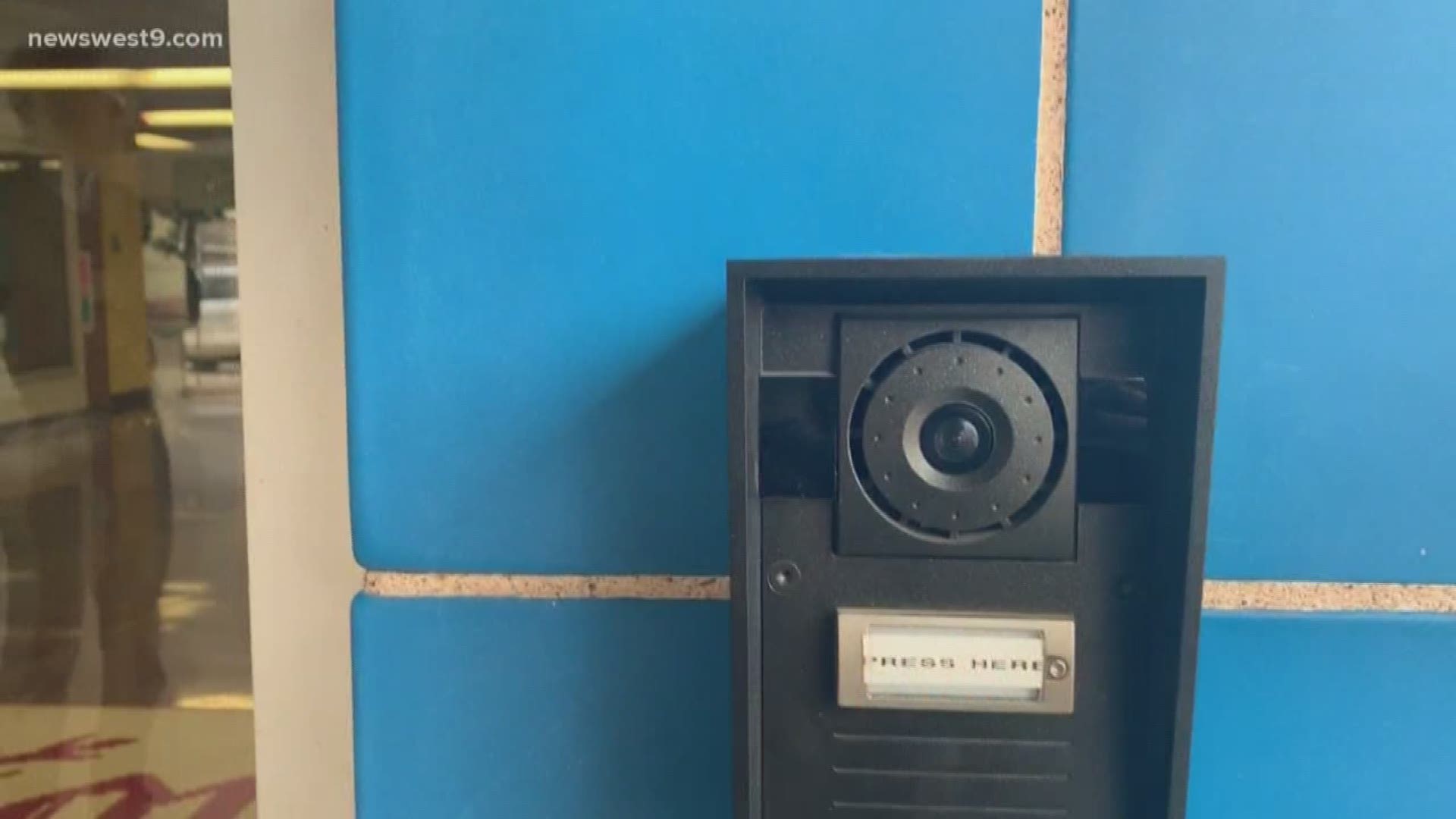 ODESSA, Texas — Nobody wants a stranger to be able to just walk into their child's school.

ECISD has increased their security at the doors to all schools this year, installing a new security door system being installed to keep unwanted guests out of your child's school.

The district promised when they voted yes for the tax ratification that  controlled access doors would be installed at all the main entrances of the schools.

"Here we are a year later, we've got twenty eight buildings complete and we've got six left to do," said Cortney Smith, Executive Director of District Operations.

When a visitor needs to enter the building, they can buzz the door and school building clerks will ask who they are, what they're there for and if they have their ID.

"I have control from the beginning to even let them in or not before they would come into the building and if something went wrong I didn't feel like I was able to shut down as properly as we needed to," said Brenda Rangel, Hays Elementary Campus Clerk.

When staff needs to enter the building they just use their badges.

Smith said the hardest part about completing this project was coordinating the installs.

"We had a handful of schools that were kind of a priority whether it had been some activities that had gone on at those schools previously, we kind of moved them to the top of the list. Other than that it was just kind of where our contractors could move from one side of town to the other," said Smith.

According to the teachers and parents, it seems the time spent on the project has been well spent.

"We feel safer, our kids feel safer, our parents, every time they come into visit and have to push that button they mention how much safer they feel. They're happy to know that their kids are behind locked doors," said Rangel.

These aren't the districts only measures to make the schools safer.

Smith said once this project is complete the district will begin working to install more cameras on campuses that archives the footage for longer than the cameras currently do.