"Ector county has gone above and beyond to provide a safe environment," Christy Haynes, GermBlast vice president said. 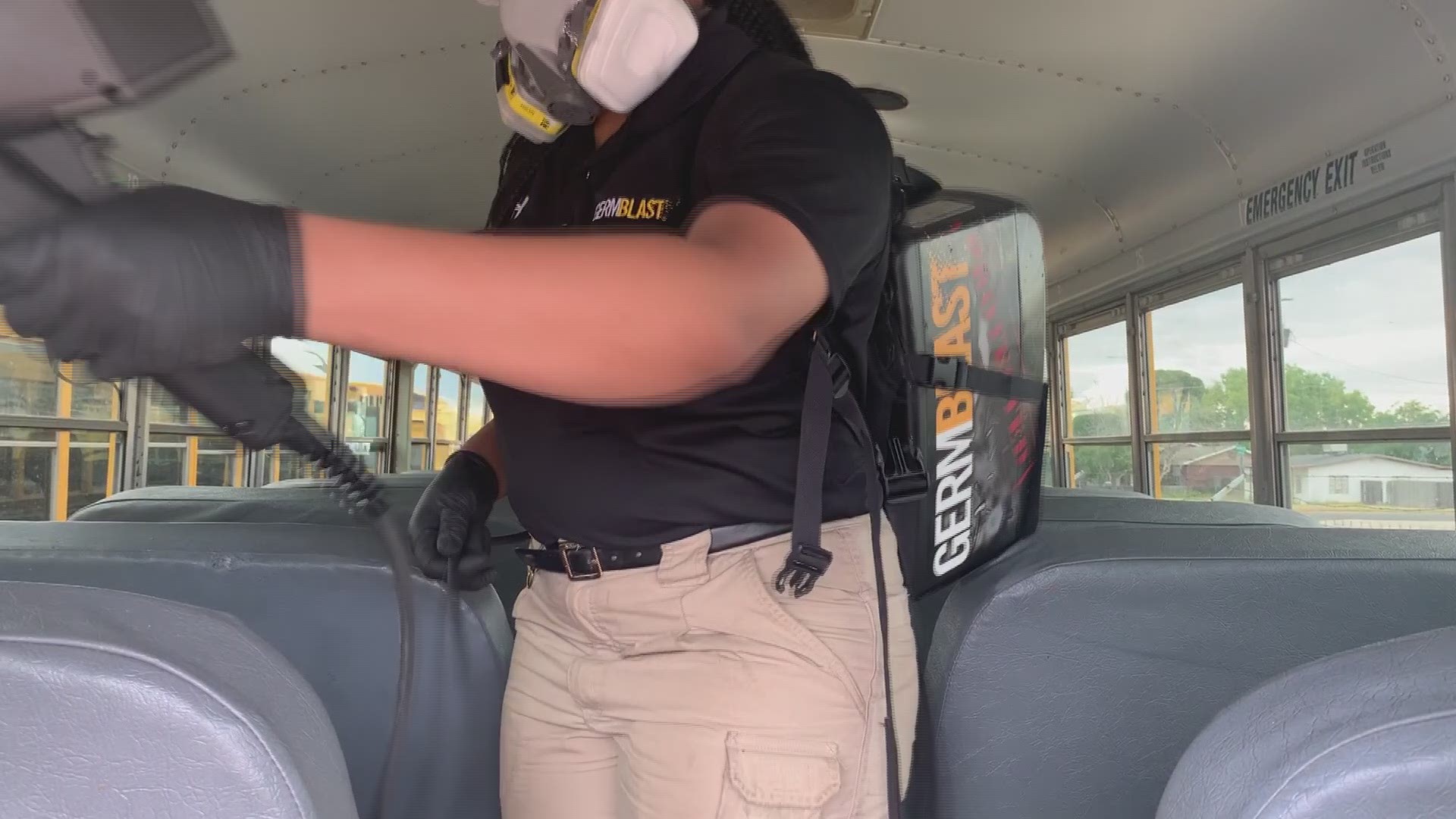 ODESSA, Texas — Today some ECISD students are back on campus for the first time since March 2020.

And school districts like ECISD are making safety and cleanliness their top priorities this fall.

That's why ECISD has partnered with a cleaning company called GermBlast to get rid of any lingering bacteria before the kids get back into the classroom.

"All district facilities have been deep cleaned basically from top to bottom," Smith said.

ECISD isn't taking any chances today, making sure those pesky germs made their way out before students make their way in.

It’s been three weeks of deep cleaning. Wipe after wipe and spray after spray, No surface has gone untouched.

"Every classroom, the cafeterias, the libraries and that includes technology, so we've been wiping down, taking care of all of the laptops, the iPads, everything that is inside the school. Of course, restrooms, water fountains," Haynes said.

When all that is said and done, shields are also applied to several surfaces throughout the school buildings. The added costs all well worth the investment for ECISD.

"The most important thing right now in these days and times is the health and safety of our kiddos," Smith said.

The disinfecting process definitely took some time and money, upwards of $400,000 to be exact, but the district said it was worth every penny to make sure their students are as safe as possible returning to school.

And the district is expecting to be reimbursed through the CARES Act.

Another thing to note, ECISD will have their schools go through the sanitizing process 3 more times throughout this school year.

Over at MISD they have an outside company like GermBlast on standby.

But for now, all their day to day cleanings will be done by custodial staff.

Cafeterias and other common areas will be cleaned throughout the day.

Classrooms are going to be sanitized daily.