The district says the third week after a trauma can be the hardest for students emotionally. 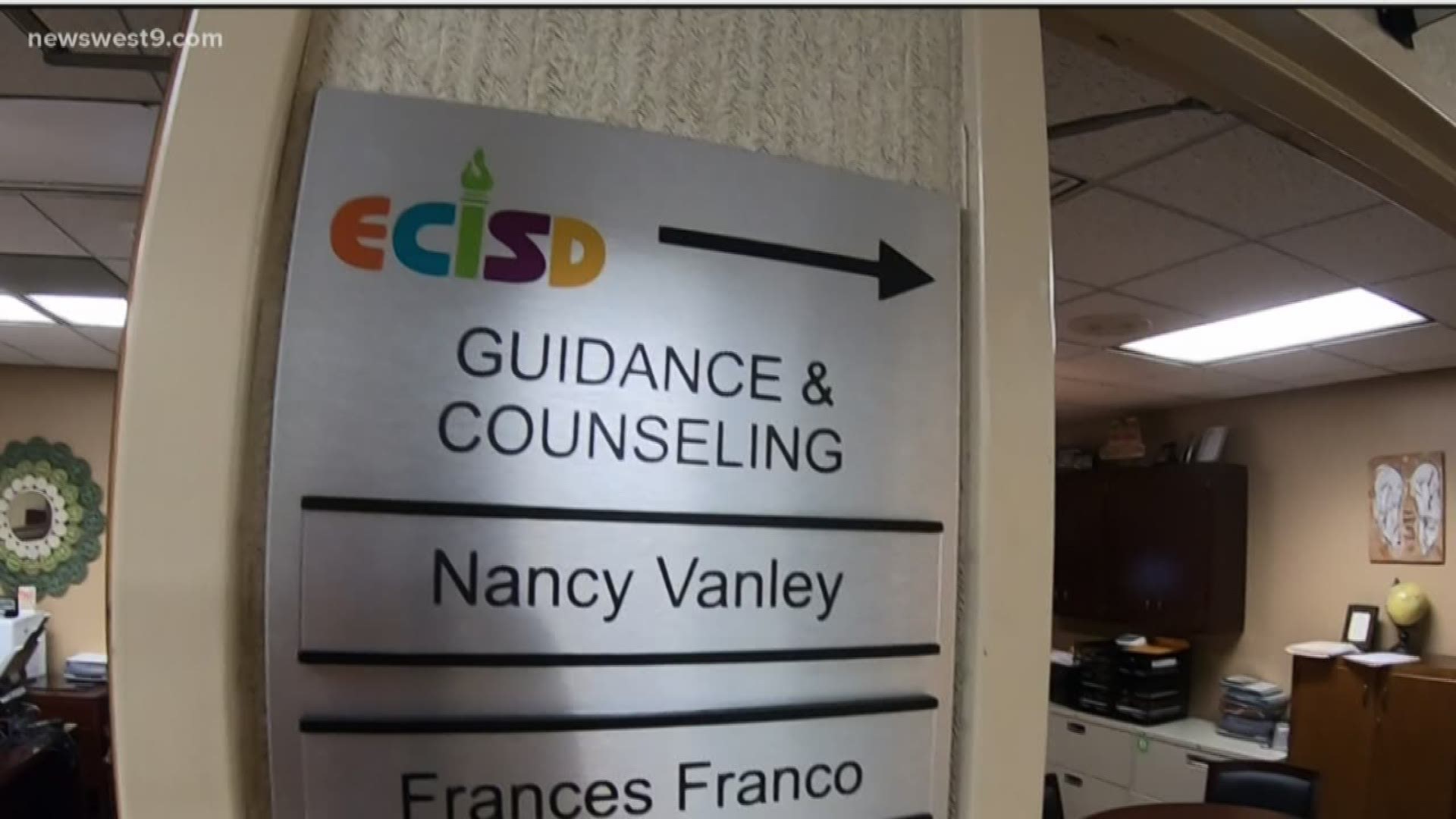 ODESSA, Texas — Ector County Independent School District says they are prepared for more students and faculty to come in and need help this week than in the previous weeks.

Nancy Vanley, the executive director of guidance and counseling for ECISD, says that it was surreal finding out about the shooting in Odessa.

Counselors were trained to respond to something like a mass shooting, but it has still been an adjustment.

“We certainly have had to step up," Vanley said. "We’ve had to realize that things do happen in any community and you have to be prepared for that."

She says she is thankful that the district did some training for traumas like a mass shooting.

"But no matter what you do, when it hits you, you’re not totally prepared," Vanley said."If you have done things beforehand, then possibly you’re a little more prepared.”

Vanley says they are expecting an increase in visits from students this week.

“We haven’t seen that surge this week as of yet, but that doesn’t mean we won’t," Vanley said.

She says school counselors will be looking for students and faculty who are reacting differently to things or seem zoned out.

“It’s important to get back in the norm, get back in a schedule, but at the same time you want to keep an eye on those kids that aren’t doing that," Vanley said. "Maybe they are just trying to function but are really struggling so it’s important for us to be there for them.”

The district says they are trying to help as many students mentally as they can but are asking parents to help, too.

“Sometimes we think kids are fine and we’re not really watching for those things but be a resource for your kids.”

Vanley says to talk to your kids and that the schools can be a mental health resource for them.