With the community's help, the ECISD bond committee hopes to solve the issue of potential overcrowding in high schools. 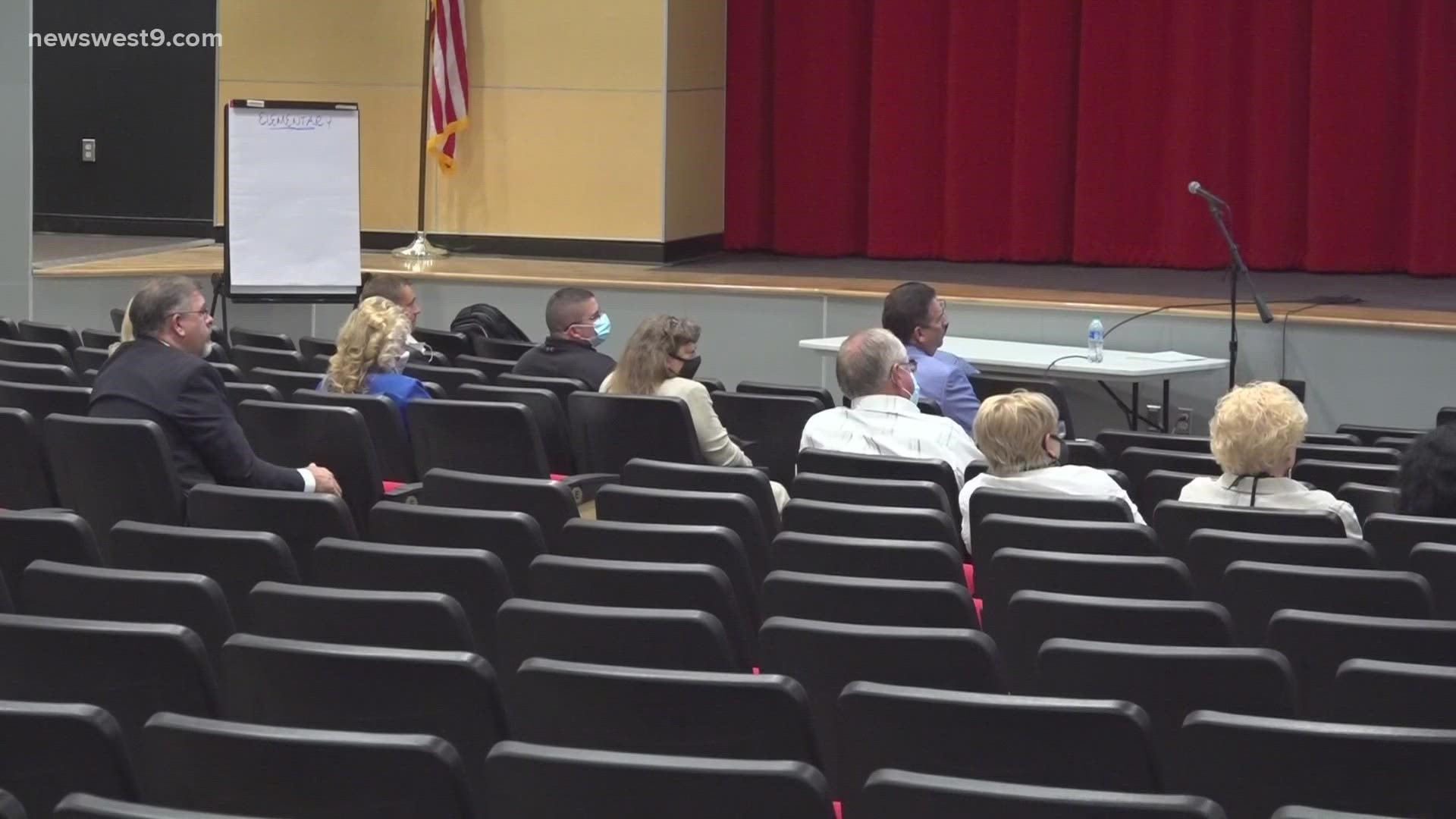 ODESSA, Texas — Ector County ISD is looking at ways to improve the school district through a series of bond committee meetings, using the input of the community.

The most recent meeting was geared a little more toward the high schools, although elementary and middle schools were also discussed. The biggest needs involved addressing the growing district and how to accommodate the students.

The district expects more and more students over the next several years, which could lead to overcrowding. However, the district doesn't want to make a big decision on how to solve this without consulting the families that make up the district.

"This was a community meeting tonight, so that anybody, not just people on the bond committee or school people weigh in, but we wanna hear from everybody about what their concerns are," Lorraine Perryman, co-chair of the ECISD bond committee, said. "So you can either refurbish, you can rebuild, you can do new, so we have to look at those different options."

Several potential solutions to deal with the future influx of students were given.

"Whenever you get to the high school discussion, there is a lot of interest and a lot of ideas," Perryman said. "Do you add on? Do you build new facilities? Do you build a CTE facility? Do you switch to ninth grade centers?"

One way the district hopes to solve these problems is by looking across the state and at other school districts.

"There are lots of different ways to look at it, and that’s what we as a community need to do, is open our minds to different solutions that we have never used in Odessa before, that we need to think about," Perryman said.

The next bond committee meeting will take place at Permian High School on Thursday at 6 p.m.