"We built three new schools after a 2012 bond election and we've had no new buildings since then and the majority of our schools are 50 years old, 40 years old." 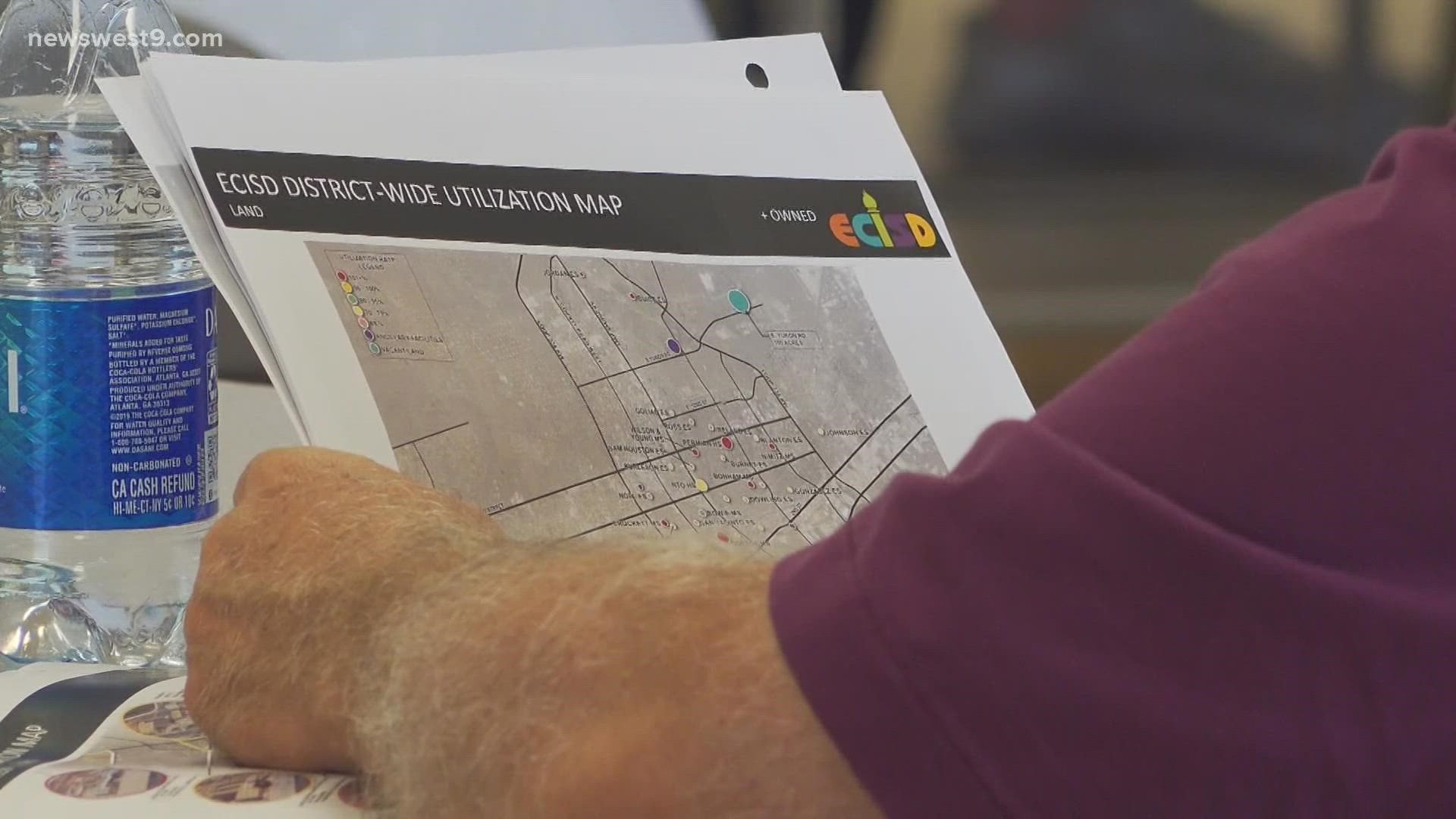 ECTOR COUNTY, Texas — ECISD's Bond Committee met on Tuesday night, where they focused on the future of elementary and middle schools in the district.

Committee Co-Chair Lorraine Perryman says that from the meeting the main issue that surfaced was the need for new middle schools.

"We built three new schools after a 2012 bond election and we've had no new building since then and the majority of our schools are 50 years old, 40 years old, 30 years old," Perryman said.

With these schools being built so long ago, there's an overcrowding problem because of so many more students attending than years before.

"Pretty much all of our middle schools are overcrowded, so there was discussion about construction of perhaps new middle schools, expansion of what we have or replacement on the property where they currently exist," said Perryman

Perryman says how replacing, rather than just renovating, is the direction most parents, teachers and other committee members would like to move in.

"So they’re much more interested in adding on buildings, doing new construction of buildings, perhaps replacing existing buildings where they are. But there’s a whole lot of analysis that will need to be done before those decisions are made," Perryman said.

This is only the third Bond Meeting so far, and there are still more meetings to come in the coming months. The final recommendations from the committee won't be presented until December.