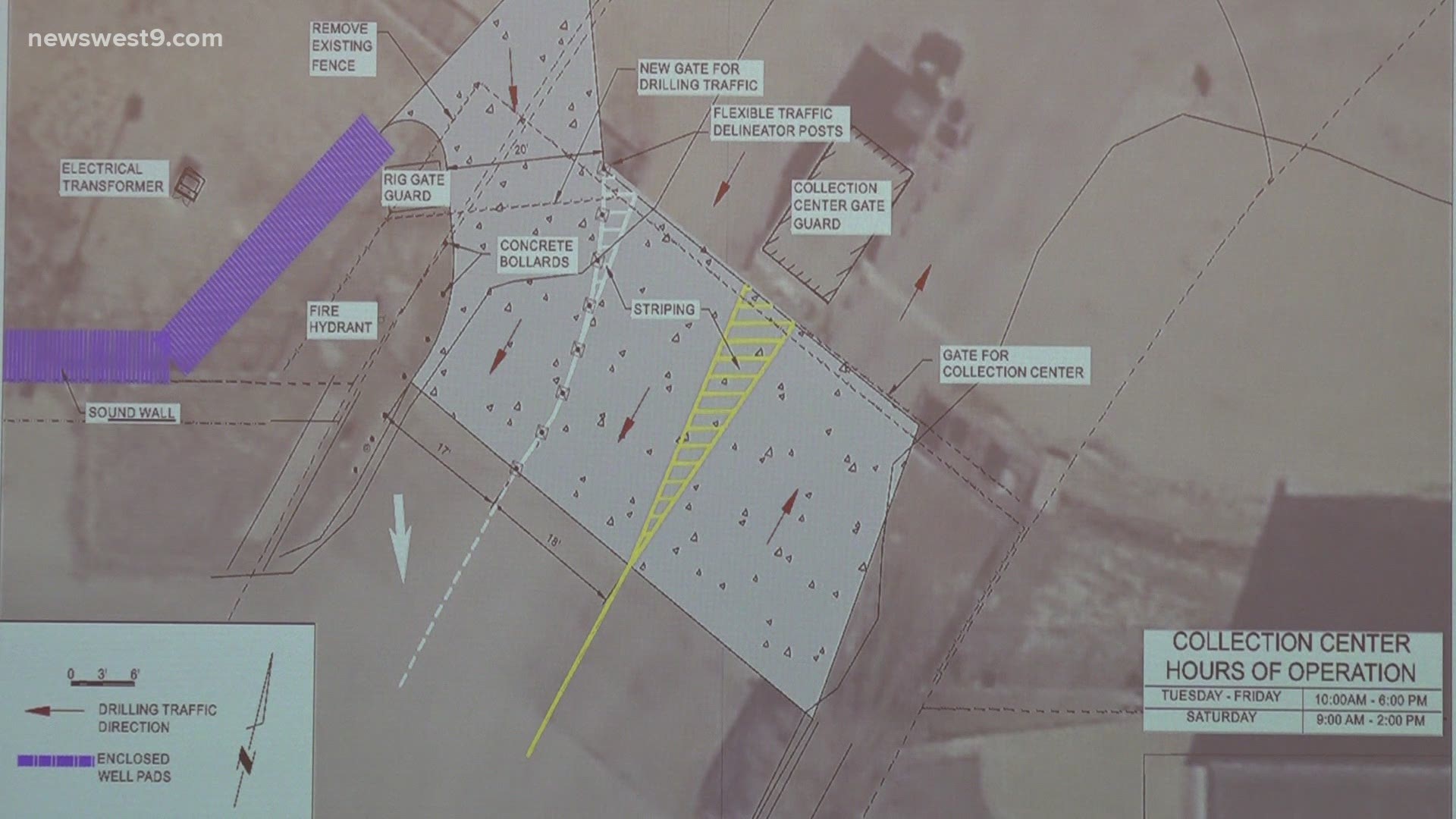 MIDLAND, Texas — The Permian Basin is known for drilling oil wells. The region relies on it, but drilling within city limits, near neighborhoods, is something that can give people pause.

Heavy traffic and a lot of noise comes with drilling, but it could be a reality if Midland city council votes to allow Permian Deep Rock to drill near the Midland Airpark.

However, the company made a promise that its operations would have little impact on the residents and businesses in that area.

Not only would the city make over $180 million over the course of 20 years, but newer technology for the oil wells would make for a quieter worksite.

This is something that Permian Deep Rock has done before.

"We have about 25 wells now that we operate in the city of Midland so we’re very well versed in all of the requirements of the city drill code and we’ve done a good job," Wayne Bailey, vice president of Land and Legal for Permian Basin Deep Rock, said.

As drilling begins, the question becomes, how will drilling impact those living and working near Midland Airpark?

"Most people in Midland know what drilling rigs look like and pumping units, and we’re gonna keep all that to a minimum and our operations will be as technically quiet as humanly possible. So we’ll be environmentally friendly and we’ll be a good neighbor," Bailey said.

Even so, how can Permian Deep Rock keep the noise levels down?

"Also in the area of noise abatement, the vast majority of our operations will use electric motors. That will keep them very, very quiet," Bailey said.

This was something that Permian Deep Rock had in mind as they were getting started with the plans for drilling, thanks to new technology.

"Fortunately, that technology has developed more recently than other oilfield technology which is old. The electrical technology is fairly new and we knew that we could utilize that," Bailey said.