Pup in a predicament gets a hand from Austin Fire Department

Firefighters helped rescue a dog who was scared, wet and cold after getting stuck 6 feet under a concrete ledge at Lady Bird Lake. 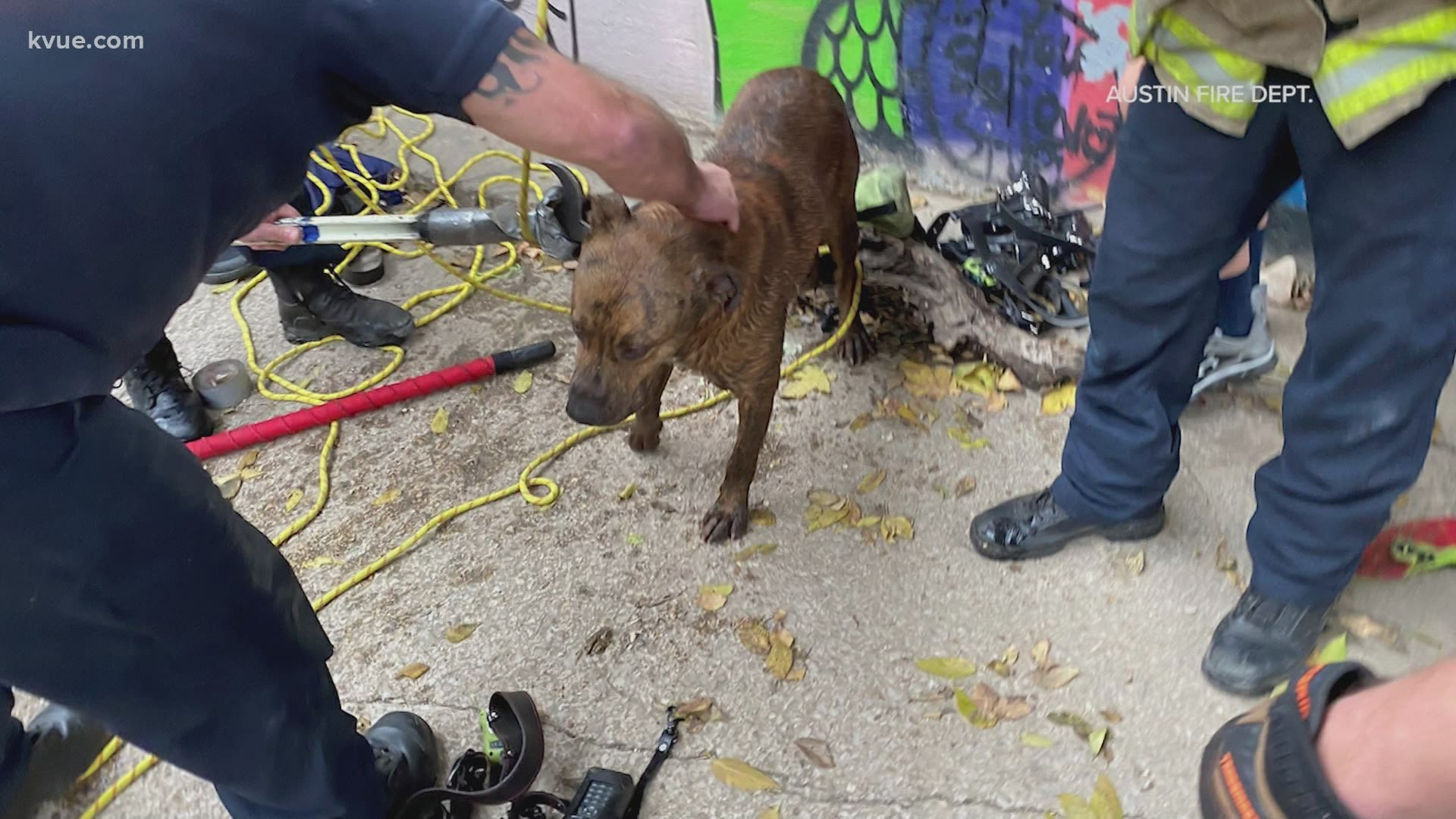 AUSTIN, Texas — It started out "ruff" but ended great.

On Friday afternoon, Austin firefighters helped rescue a dog who was scared, wet and cold after getting stuck 6 feet under a concrete ledge at Lady Bird Lake.

According to the Austin Fire Department, a person called 911 after the dog ran under the ledge by the running trail under MoPac Expressway.

Crews from Engine 10 and Quint 1 responded and found the dog standing in several feet of water.

After several attempts to get the scared pup to come out, a pike pole with a throw bag was used to make a snare and snag the dog, rescuing it from the ledge.

Rescuers could not locate an owner, so APD assisted in bringing the dog to the Austin Animal Center off Levander Loop in southeast Austin.

Tennessee nurse who fainted while getting COVID-19 vaccine says it was due to medical condition, not the shot