McLennan County Sheriff Parnell McNamara said they found the victim east of Riesel in a vehicle. 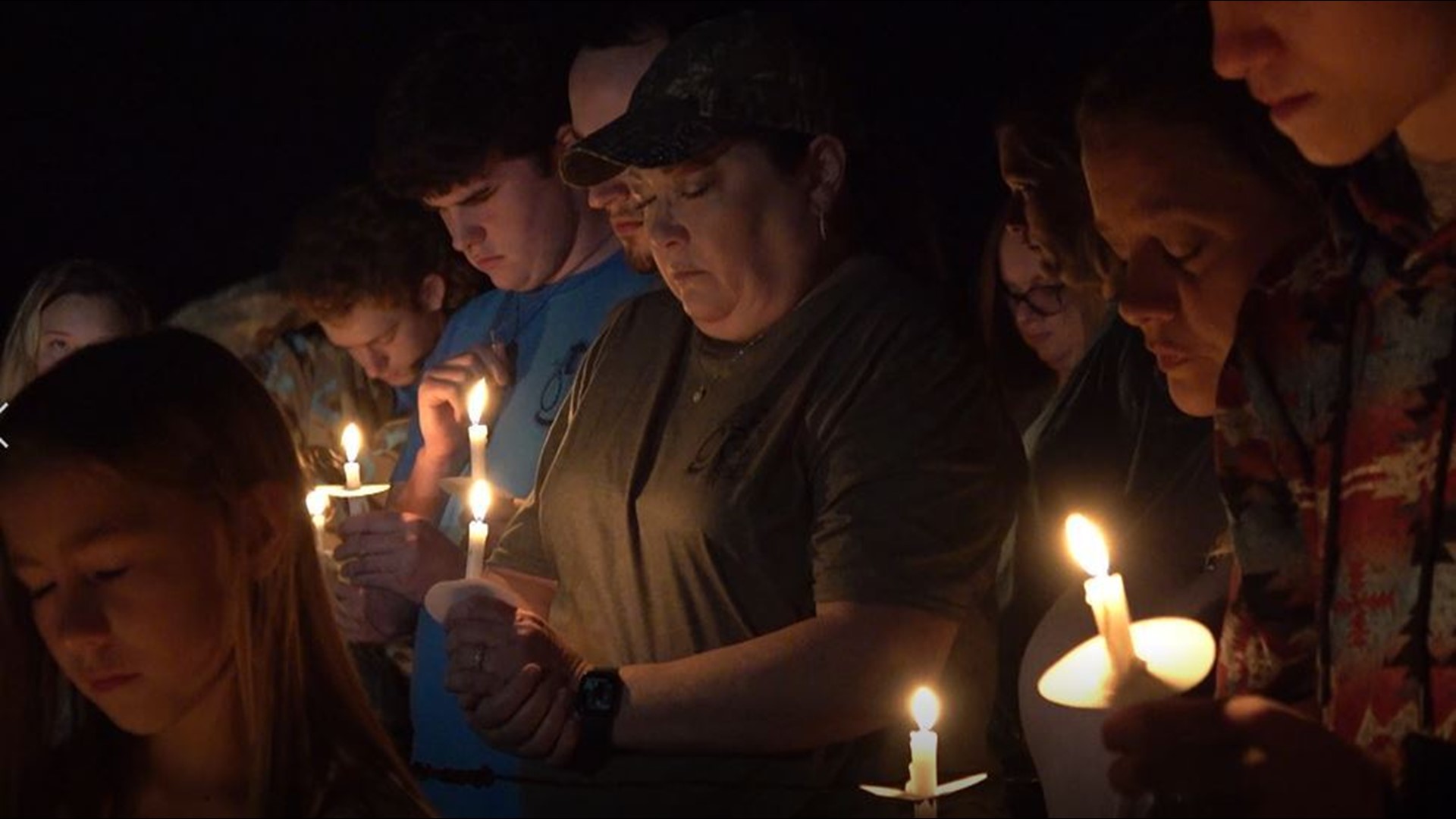 RIESEL, Texas — A woman accused of killing her 17-year-old son in Riesel could only sob and say "I didn't mean to" when police questioned her about what happened, according to an arrest affidavit.

Sarah Hunt, is charged with murder for the fatal shooting of her son Garrett on Nov. 9.

According to the affidavit, Sarah walked up to two people near Riesel Square and told them "her son needed help and he is with her mother in heaven." She also said "What have I done" and "This is not real."

Family members told investigators Sarah was taking Garrett to school after picking him up from a camper where he was staying with his dad.

Hunt was a fifth grade science and social studies teacher at Lake Air Montessori, according to a statement from the Waco Independent School District. It was her first year teaching in Waco. She previously worked at Andrews ISD.

"We have not been in contact with her yet, however when we are able to communicate with her, she will be placed on administrative leave and given an opportunity to resign. If she does not resign, we'll begin the process of terminating her probationary contract," the statement reads.

"Our counselors are available for any students or staff members who would like to talk with someone about this difficult situation. They plan to offer group sessions via Zoom and will also be talking with students and staff one-on-one, as needed for support."

The mother and son had just recently moved to Riesel but have family who lives in the area, McNamara said.

McNamara said the vehicle was spotted by a passing driver who called it into police.

"It's a very sad situation," McNamara said. "I don't know how else to describe it. We're going to be working overtime trying to sort this one out."