'We are working with the applicants to determine the location and specific conditions under which the demonstration will take place.' 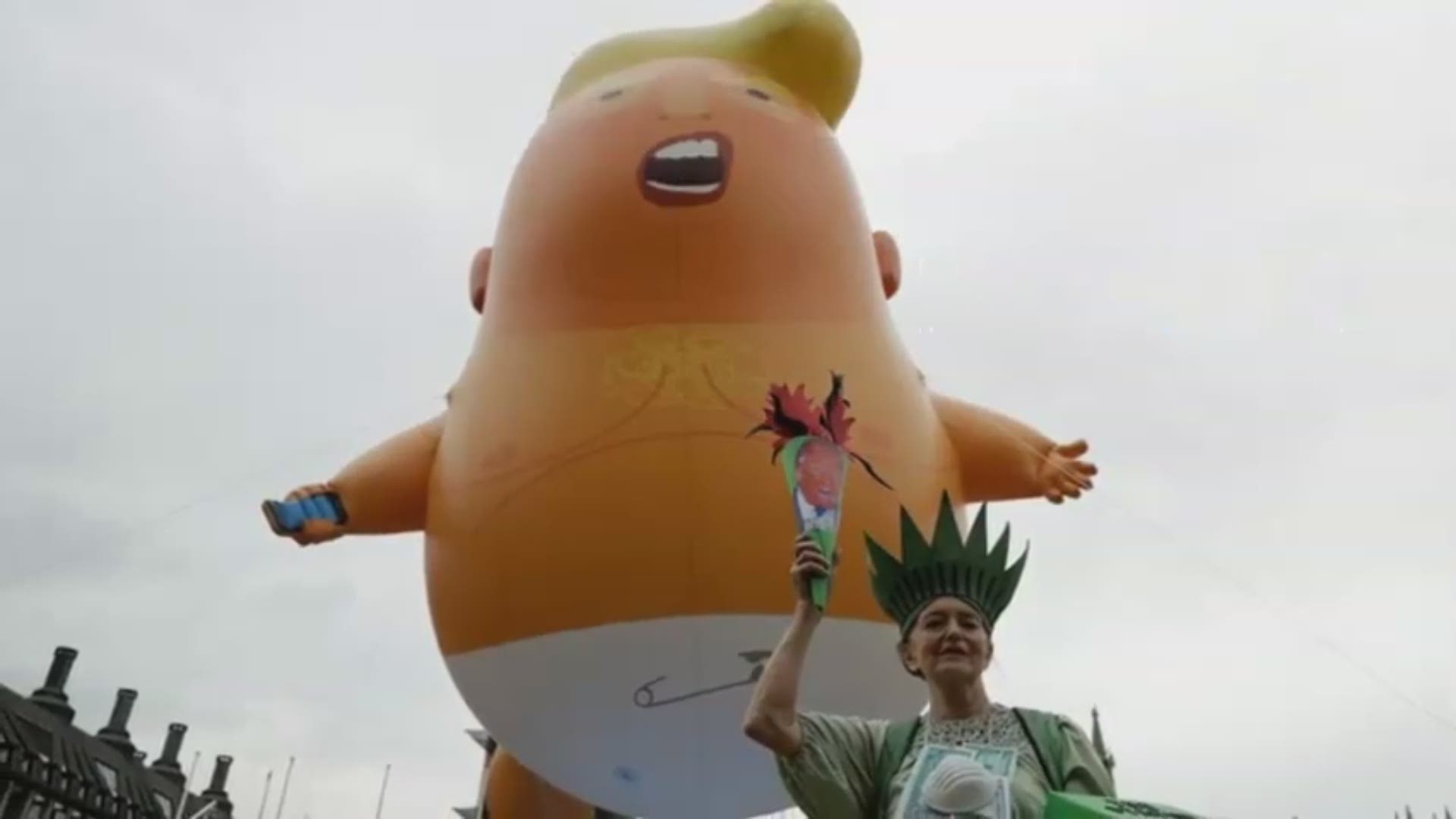 The National Park Service approved an application from a group of protesters to fly a "Baby Trump" balloon on the National Mall this Fourth of July.

People affiliated with the group Code Pink filed the permit application for July 4 from 7 a.m. to 1 p.m. Their application had asked for access to an "open grassy area nearest to Lincoln Memorial."

NPS Chief Spokesperson Mike Litterst confirmed the application had been approved but said they hadn't given the group a permit yet.

"We are working with the applicants to determine the location and specific conditions under which the demonstration will take place," Litterst said in an email.

Earlier this year, President Donald Trump announced his plan to host an event at the Lincoln Memorial on the holiday, with "an address by your favorite President, me!”

The presidential event is slated to be called “A Salute to America,” administration officials told the Washington Post.

RELATED: Everything you need to know about Fourth of July on the National Mall

Credit: AP
The 'Trump Baby' blimp is inflated in Parliament Square in central London as people start to gather to demonstrate against the state visit of President Donald Trump, Tuesday, June 4, 2019. Trump will turn from pageantry to policy Tuesday as he joins British Prime Minister Theresa May for a day of talks likely to highlight fresh uncertainty in the allies' storied relationship. (AP Photo/Matt Dunham)

The permit application from Code Pink said organizers plan to "show opposition to a political event called by president on July 4th."

Organizers did not immediately respond to WUSA9's requests for comment; this article will be updated if/when we hear back from them.

The Baby Trump balloon was previously spotted in London during the president's most recent visit there.

The Baby Trump balloon will not be the first giant Trump themed balloon to fly in the nation's capital. In 2017, Taran Brar got a permit to put a giant inflatable he called "Chicken Don" right outside the White House.

Provided NPS issues the permit for the Baby Trump balloon protest to happen on the National Mall, it will add to an already complicated day.

There are extensive street closures and WMATA already sent out recommendations for travelers to avoid getting stuck at the possibly overcrowded Smithsonian stop.

Beyond Trump's event at the Lincoln Memorial, "A Capital Fourth," the longstanding PBS show on the West Lawn of the U.S. Capitol Building, will go on as planned, and there is the annual parade earlier in the day.

For decades, Washington D.C. has played host to Independence Day celebrations on the National Mall. In a post-9/11 world, security measures for the holiday have not really varied, with the fireworks launch site at the Lincoln Memorial Reflecting Pool. This will be the first year in some time to change the security plan.

Worth noting, the fireworks will be launched from West Potomac Park this year as a result of the changes.