"You can't be sad all the time. You gotta try to be happy," Justin Cabillo said. 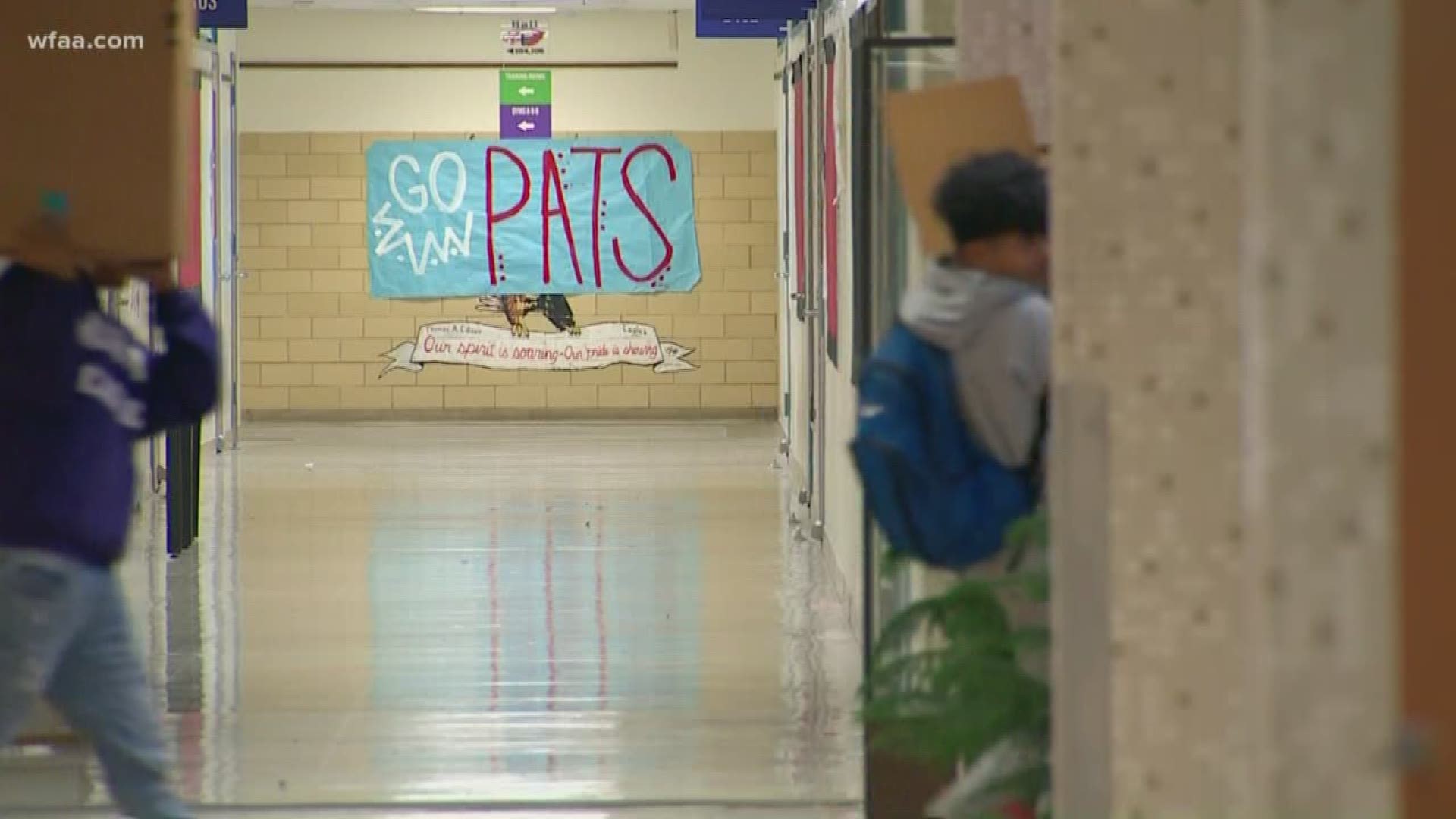 DALLAS — So much has changed in a matter of a week for the students and staff at Thomas Jefferson High School.

The EF-3 tornado that tore through the metroplex on Sunday destroyed their school and the Dallas neighborhoods around it.

In a matter of days students were moved to Thomas Edison Learning Center, a school nine miles away.

Already dealing with enough changes and challenges the school's homecoming game against Spruce High School had to be postponed to Saturday.

"The home that we consider home is not there right now," said varsity football coach Kendall Hill.

Justin Cabillo told WFAA he was watching the Dallas Cowboys game when the tornado tore through and ripped off the roof of his family home.

RELATED: 'It just crushed me' says Dallas man who held on for life as EF3 tornado passed over him

"I heard the roof collapsing, then I realized it was real," said Cabillo.

Cabillo spent the week clearing debris, helping neighbors and doing the character things a coach wants to hear about except him told no one about what happened.

"Some things are like this tornado, you gotta go through it," said Hill. It is a lesson that many sadly know because some students are already tackling some of life's challenges even before Sunday's tornado.

"You can't be sad all the time. You gotta try to be happy," Cabillo said.

Despite all these transitions for everybody, spirit appears to be high. Homecoming will be as home as the staff can possibly make it.

"At the end of the day the school is on the inside," said Hill.

The Thomas Jefferson versus Spruce game was moved from Friday night to Saturday morning and will be played at 10 a.m. at Loos Stadium in Addison.