"We're going to come back stronger. Tornado, you just slapped the bull." 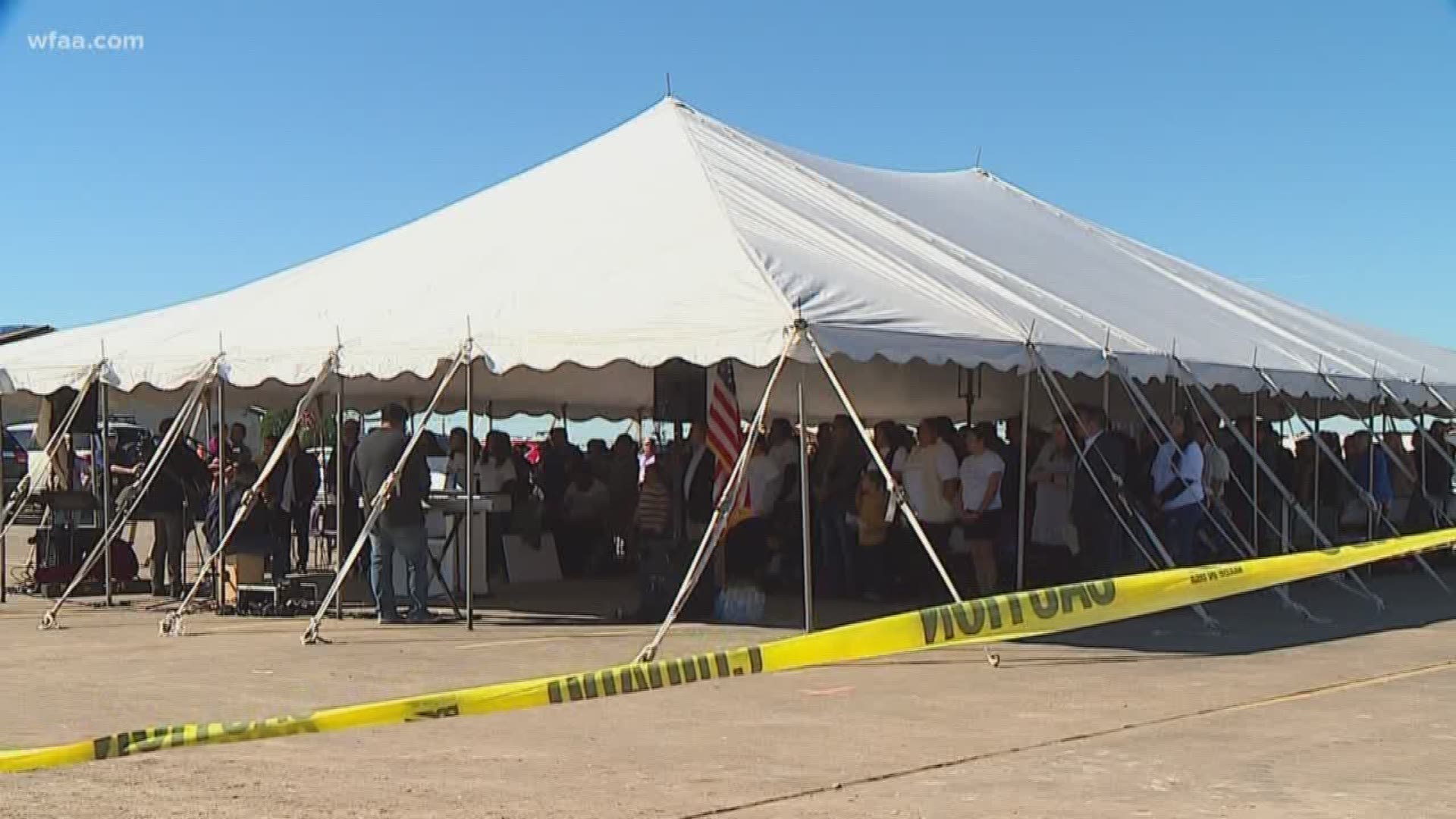 DALLAS — Of all the direct hits from the tornado in northwest Dallas, Primera Iglesia Bautista Mexicana took one of the most direct of all.

But on Sunday, as the First Mexican Baptist Church held a "funeral" for its soon-to-be-demolished building, the congregation vowed to forge ahead into their next 101 years.

"It's heartbreaking; it's gut-wrenching," said church pianist Yvonne Canales as she stood next to the mortally-wounded baby grand piano that both she and her mother played in the church.

But staring at the broken and damaged keys, she said she also found her faith.

RELATED: 'This was a bad one': Businesses reopen after Dallas tornadoes

"I think tragedy has made everyone's faith even stronger," she said. "And everybody's drawing together, which gives us strength."

Senior Pastor Ricardo Brambila decided to hold a funeral of sorts for their church buildings.

The congregation gathered under a tent in the church parking lot on Sunday. He said it was important to mark the end of one era and dive headlong into the next.

"It is still hard to see the devastation, but in the middle of everything, we just praise God that nobody got hurt," Brambila said.

"It is sad to see it gone," he said. "But we know that if God chose us for this, why us and why now, I believe that the answer is he saw something in us to share to people about what God can do."

But in encouraging his congregation, he also chose something substantially less biblical. He joked about a call to action and a good motivational dose of anger.

"We're not destroyed, we're not down. They just slapped the bull," Brambila said as the congregation laughed. "We're stronger. You just made me mad. We're going to come back stronger."

"Tornado, you just slapped the bull!" he said.

Primera Iglesia Bautista Mexicana dates back to 1918, first located near downtown Dallas. Brambila says he would like to think, that in those 101 years, the congregation faced bigger challenges than this.

"So in the middle of the pain, there is a sweet spirit in ours that says you know what, let's write history again," he said.

"The church will go on," Canales said. "This is just the building. It's not the church."

"So we are full of hope," added Brambila. "We're full of faith that things will get better. And we will rebuild. We know that what we write is going to be greater and more amazing."

So as Canales tried to coax one more amazing tune out of a fatally damaged piano in the middle of the church parking lot, she saw the obvious analogy.

The building, and the keys on the baby grand, are beyond broken, but the music and the church promise to play on.

RELATED: Raising money for our heroes: Dallas man will walk 100 miles in 36-hours

RELATED: 'Some families will never be the same': Recovery from Dallas tornado split along economic lines