The ride will culminate at the American Legion's 100th anniversary National Convention. 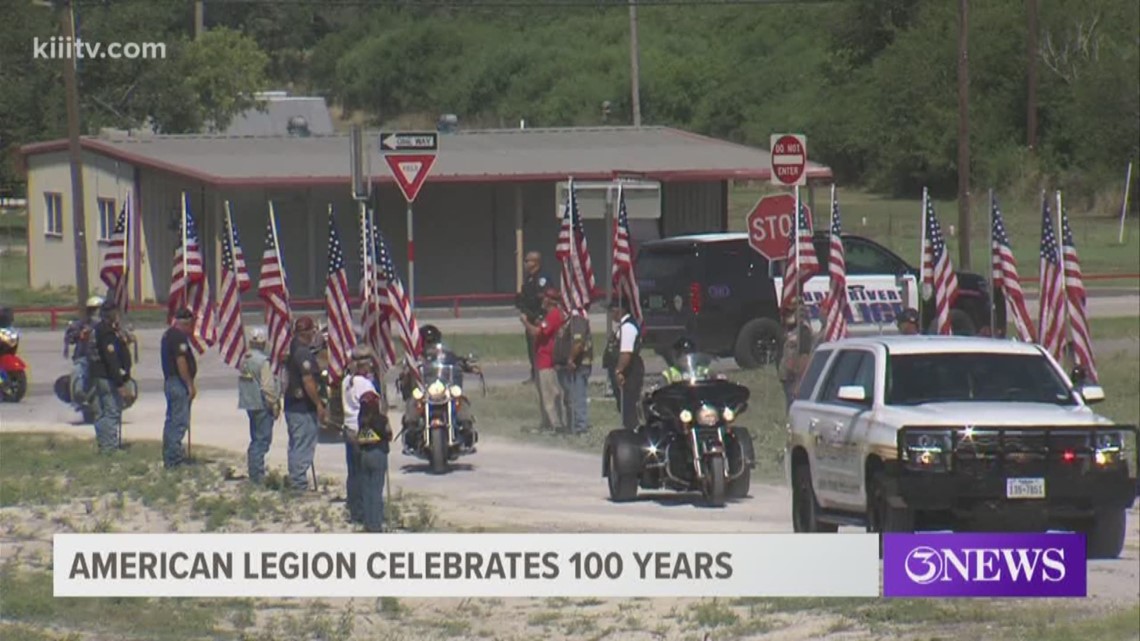 CORPUS CHRISTI, Texas — The tiny town of Three Rivers, Texas, opened its arms to dozens of motorcyclists who were on a mission Thursday.

As the American Legion prepares to celebrate 100 years of existence in the U.S., motorcyclists began a cross-country ride from South Texas all the way to the heart of the nation. On Thursday, they stopped off in Three Rivers for a brief respite and a celebration.

The riders rolled into Three Rivers' American Legion Post #413 like Thunder -- a dozen American Legion members on their motorcycles representing posts from many parts of the country.

They converged into the 100-year-old building that has been around since the creation of the American Legion itself.

The ride aims to be a symbolic show of unity among the brotherhood of American warriors, past, present, and still currently serving.

It will bring together members of American Legions who are standing up not only for their organization, but for what they call a time to celebrate our American roots.

The ride will culminate at the American Legion's 100th anniversary National Convention.