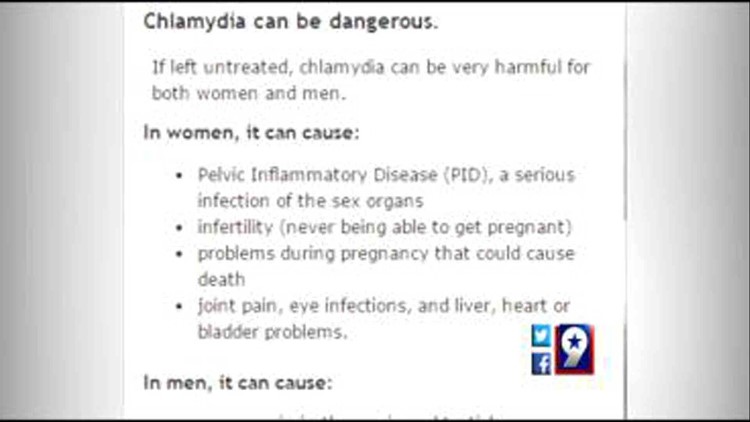 The Crane Independent School District was not able to give much information on a chlamydia outbreak, but one person tells NewsWest 9 that it's actually making him think twice about living there.
Author:
Published: 1:24 AM CDT May 2, 2015
Updated: 6:55 AM CDT July 2, 2018
By Kim Powell
NewsWest 9

CRANE - The Crane Independent School District was not able to give much information on a chlamydia outbreak, but one person tells NewsWest 9 that it's actually making him think twice about living there.

"I mean I have a kid, honestly I don't want my kid growing up in an area where nasty stuff like that happens," Edward Martinez said.

A chlamydia outbreak in the small town of Crane got the whole town talking. One woman, who has younger kids now, says it's something she hopes her kids never have to deal with.

"I'd sit my kids down and have a big talk with them, you know," Diana Martinez said.

Word of the outbreak got around on Friday through the school district, who confirmed they will be sending out letters to parents through the State of Texas Health Department.

Chlamydia is a sexually transmitted disease (STD) that can be very dangerous, as it often shows no symptoms in early stages. Although it can be treated, many say it's important to know the risks.

"Honestly this happens in any town, but just for it to hit close to home, I mean parents need to be aware of the situation and make sure they tell their kids to be safe and practice safe sex," Diana said.

Some parents we spoke with said they hadn't heard of the outbreak and still haven't received a letter from the school district. Others say they have heard rumors of an STD problem in Crane before, but never knew it would get this bad.

"And I guess now that it's actually getting big, especially if it's coming out in the news, I mean that's pretty nasty," Edward said.

Crane ISD did not want to comment on the outbreak at this time. NewsWest 9 is still working on getting a copy of the letter that will be sent home to parents. Health care professionals in Crane also declined to comment.