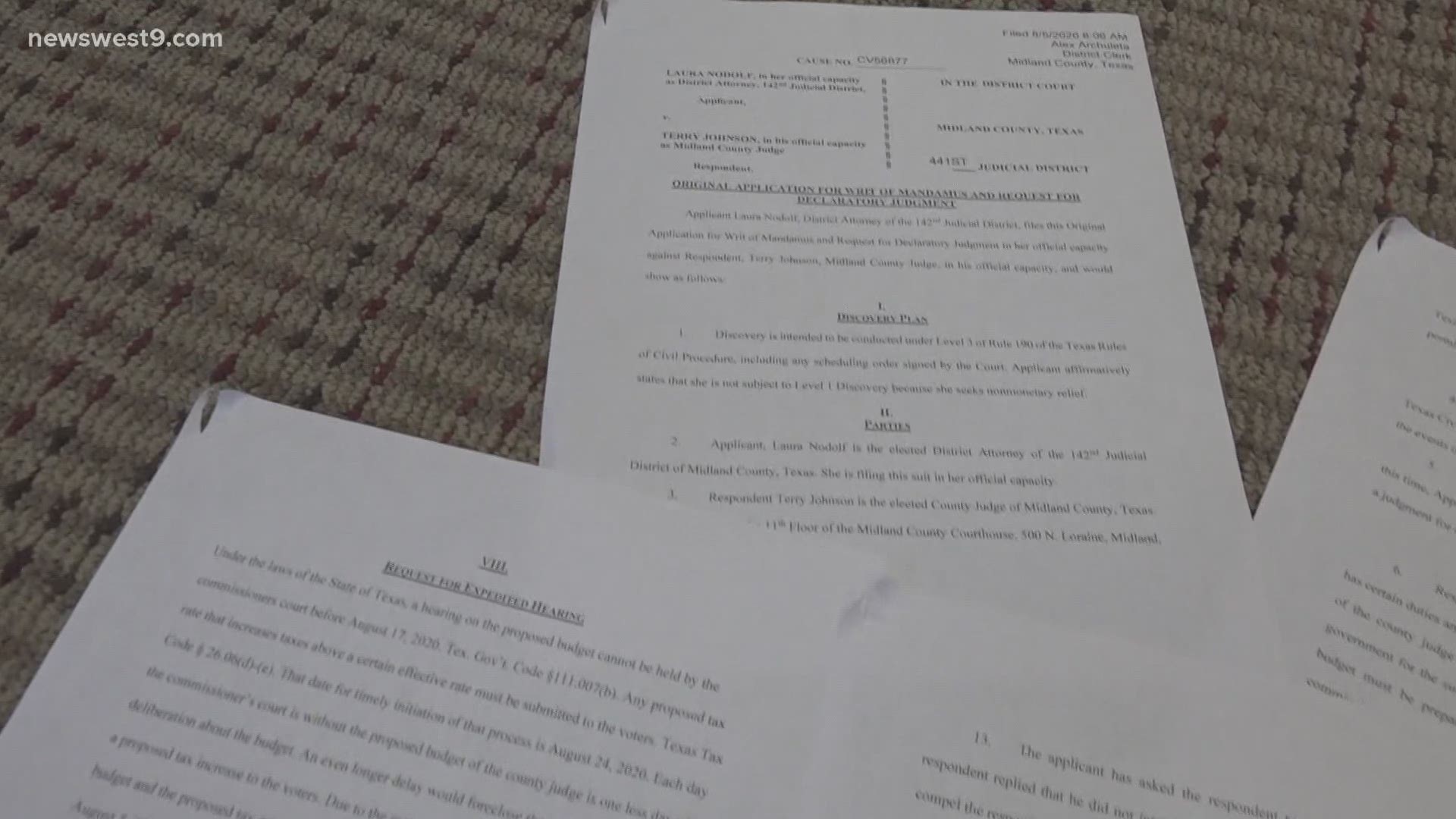 The motion, filed on Thursday, states that the code the D.A. cited when filing the lawsuit does not apply to the judge's filing of the county budget.

Malm also cites several previous cases in the state of Texas with similar precedents being set for Texas Government Code 41.009, the code cited by Nodolf in her lawsuit.

Based on the other cases and interpretation of the code, Malm states that the D.A. does not have standing to file the lawsuit.

"The scope of [Johnson's] duties regarding the preparation of the Proposed Budget.... does not constitute that of the collection or safe keeping of public funds," reads the motion.

The court document goes on to say that under the Code cited by Nodolf, Johnson must be able to exercise some form of control or authority over the public funds. However, Johnson's duties are "merely ministerial."

Additionally, Malm goes on to say in the motion that it can't be proven the judge "has neglected or abused the public trust" because the Midland County Judge has routinely submitted the budget in the first week of August for the past 10 years.

"Accordingly, the Application should be dismissed for lack of jurisdiction," the motion states.

To read Johnson and Nodolf's responses to the lawsuit, you can do so below.

You can also read the full motion to dismiss the lawsuit here.