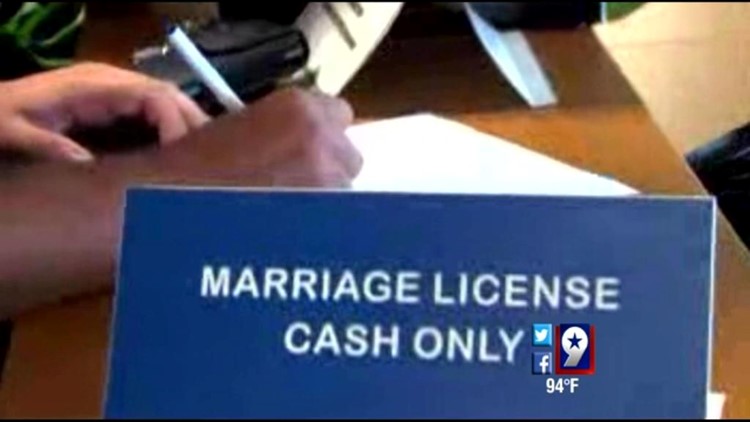 Several same sex couples lined up at the Midland County Courthouse today to get their marriage license. That's after the Supreme Court ruled same sex marriage is legal. Over in Ector County, it was a different story. They're not handing out marriage licenses to same sex couples just yet. Much different decisions made by the county clerks in Midland and Ector County, but with surprisingly the same reasons, they want to abide by the law.

Two cities miles apart both in distance and actions on this historic day.

"I just took an oath to uphold the law and that's what I will do," said Haney.

"I am just following the law as stated. We're required to issue marriage licenses couples of same sex or opposite sex," said Haley Governor Greg Abbott put his two cents in today.

He made it strongly clear that he does not support the decision that was made today.