The new proposals cut more funding from the initial budget proposal, and include taking money away from the bomb squad. 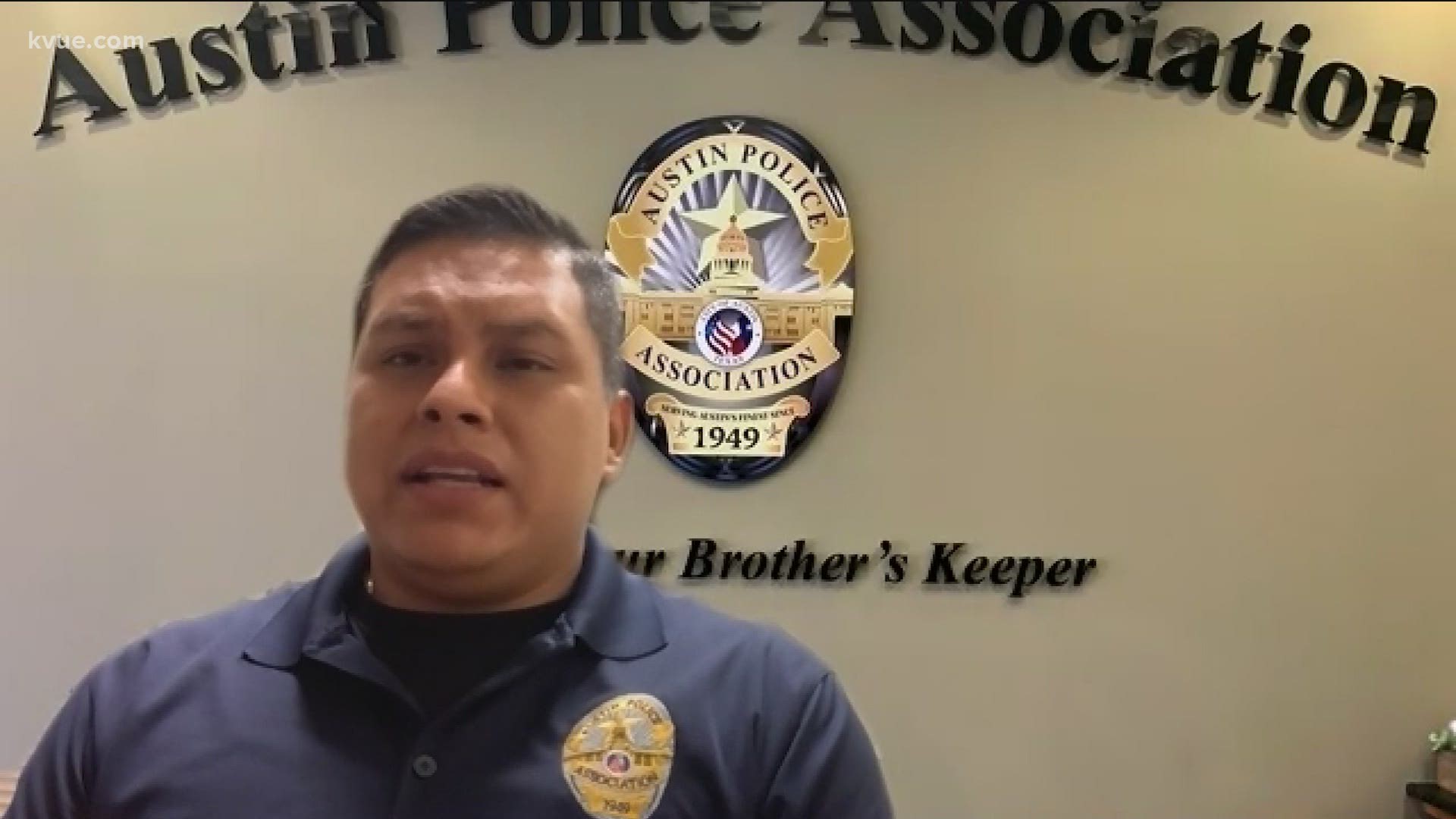 AUSTIN, Texas — Three city councilmembers have proposed additional cuts to the Austin Police Department budget as the adoption of the upcoming year’s budget is only two weeks away.

The most recent proposal came Monday from District 7 councilmember Leslie Pool, who suggested, among other things:

“I'm not interested in doing away with a necessary unit,” Pool said. “But I really am interested in knowing why we have unexpended revenues in that unit. And couldn't those revenues be shifted to better use.”

In early 2018, the APD Bomb Squad solved a month-long search in the City after the Austin Bomber’s devices killed two people.

The department earned widespread recognition for the bomb squad’s work and it helped catapult Austin Police Chief Brian Manley to the top position from the interim spot.

“That was a moment when our community came together and shown. The police department did excellent work,” Pool said.

Pool was one of the councilmembers who called for Manley’s promotion. She said that unit had unexpended revenues in its budget, which is her rationale for recommending a decrease to it.

“It’s a stab in the back … a punch in the gut,” Senior Police Officer Bino Cadenas said. “The men and women that put on the uniform go out and serve the community. They do it because it's a calling. When somebody calls 911 and says, 'There is a suspicious package at our front door and I'm scared to leave my house,' and an officer goes and looks at it, evaluates it and decides to pick it up, knowing that somebody just calling 911 because it's suspicious, whether they were expecting a package or not, or a mistake, that's public service ... that's a civic duty. I just don't think our councilmembers understand that.”

According to Cadenas, the APD Bomb Squad responds to calls for service outside of the city, including to several neighboring counties.

Cadenas isn’t in support of the plan to cut even more from APD.

“Being a City employee and also being a public servant, not having the support of your city leadership is extremely demoralizing,” Cadenas said. “It hurts morale and you kind of question and talk among yourselves as to what are we doing here, why are we serving the City of Austin if they don't support us.”

On Monday, councilmember Jimmy Flannigan proposed getting rid of the chief position and having department heads instead – which could move more than $90 million from the department’s sworn leadership to civilian leadership. It would create departments like emergency communications and technology, patrol, investigations and traffic safety.

“Please consider this proposal a starting point,” Flannigan wrote on the council message board.

The City Council is set to start the budget adoption process on Aug. 12.

“I don't think we have a lot of margin for making too many mistakes,” Pool said. “I really do want us to be thoughtful in our discussions and our decision-making.”

But Cadenas hopes that decision-making doesn’t neglect the fact that Austin’s population will continue to grow and more resources will be necessary to protect the city.

“It's going to have many repercussions that they may not know,” Cadenas said. “They're not asking us how, by us eliminating the police academy or the bomb squad, how that's going to affect us. They're just assuming they know best.”