A number of factors may impact its ability to restore a significant portion by the end of the week with safety and compliance driving operational decisions. 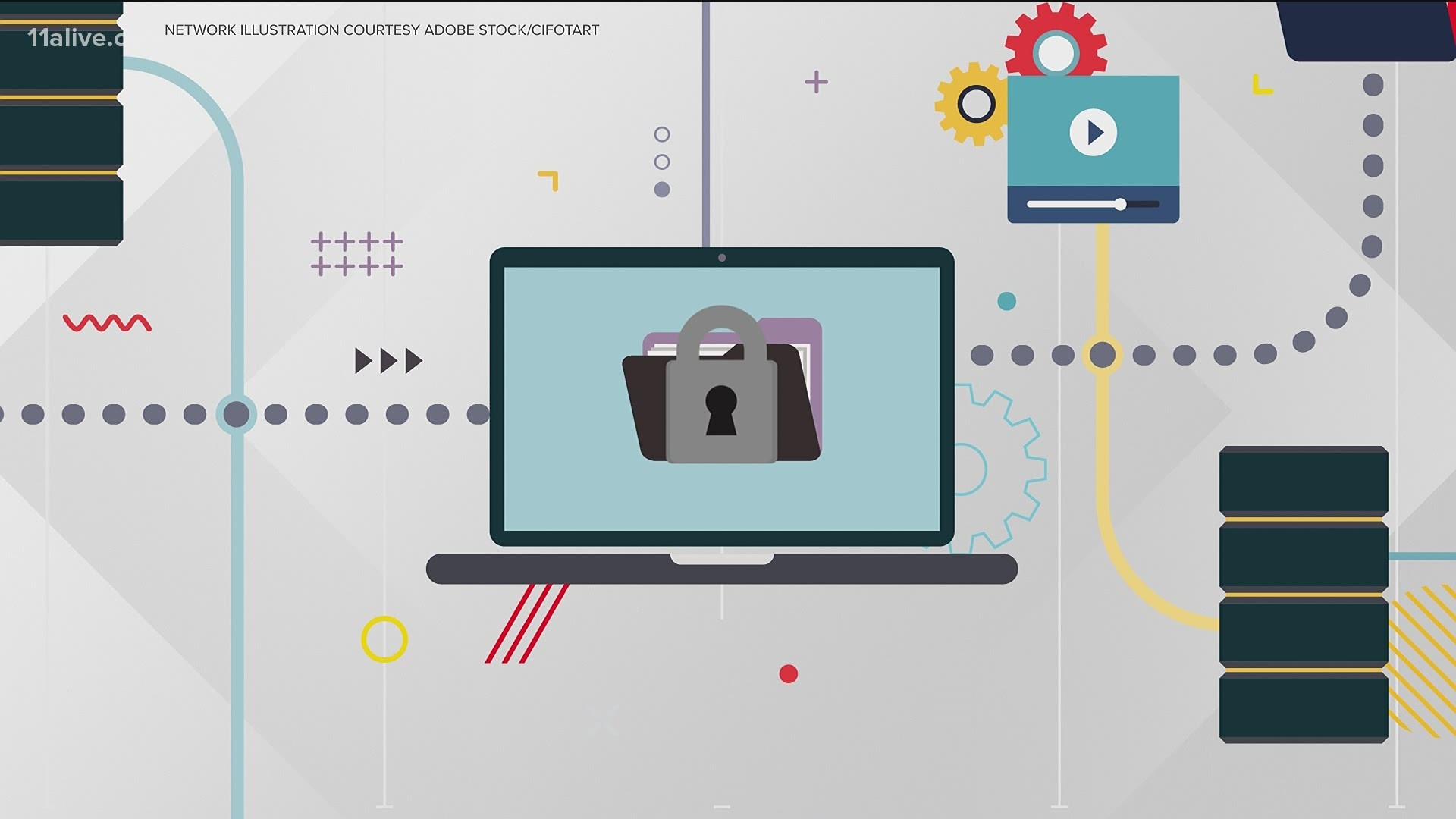 ALPHARETTA, Ga. — The Colonial Pipeline, which supplies approximately 45% of fuel for the East Coast could be back up and running by the end of the week after it was hit by a cyberattack.

The attack caused Colonial Pipeline, which is based here in Alpharetta, to halt all operations Friday. So far, the attack hasn’t caused gas prices to spike; but, with each day that passes, the risk becomes greater.

On Monday, Colonial Pipeline said segments of the shuttered pipeline are being brought back online but its four main lines remain offline.

It said a number of factors could impact its ability to restore a significant portion by the end of the week with safety and compliance driving operational decisions.

The FBI confirmed Monday that the Russian-hacker group Darkside accessed networks devoted to business operations but not the computers that control the physical transport of fuel.

Stretching from Texas to New York, the Colonial Pipeline runs about 5,000 miles of pipeline, transporting more than 100 million gallons of gas daily.

Because of that, Patrick De Haan, head of petroleum analysis for Gas Buddy, said this is a significant closure.

“This is one of the nation’s most critical pipelines simply because there’s not really a replacement,” he said.

If the problem isn’t resolved, he said hoarding will complicate it more.

“It certainly could make the problem much worse and it could result in outages for potentially weeks if that is the case,” said De Haan.

Like many ransomware gangs, Darkside makes money by hacking a network, encrypting their files so they can’t be accessed, and demanding a hefty fee.

Tony Ucedavelez, CEO and founder of cybersecurity company VerSprite in Atlanta, said sometimes it can take weeks or longer to resolve.

“I’m sure, right now, they have a team of forensic examiners trying to figure out how they get in. The concerns from consumers about scarcity of gas is a legitimate one,” said Ucedavelez.

The federal government is issuing an emergency declaration, allowing truck drivers in 17 states across the south and east more overtime to avoid disruptions in the fuel supply.

But otherwise, the White House said its role is limited because Colonial is a private company.

It’s unclear if the company has paid any ransom, but the attack a sign of the vulnerability of the nation’s energy infrastructure.

Ucedavelez said this is an example why of companies need to place an emphasis on cybersecurity.

“We see this all too commonly - especially with large organizations that are more focused on operational goals and objectives," he said. "But cybersecurity is a wrench that can undermine all of that.”

“Prices aren’t going to go up substantially. There may be a modest impact but we’re not going to see record prices,” he said.

Meanwhile, Atlanta's most well-known travel hub is closely monitoring the situations for whatever changes do come to pass.

"Hartsfield-Jackson and its airline partners are in close communications with fuel suppliers and are taking steps to mitigate any impact the Colonial incident might have," an airport spokesperson said. "Currently, ATL is coordinating with additional suppliers to augment the airport’s fuel inventory. Operations at ATL have not been affected."