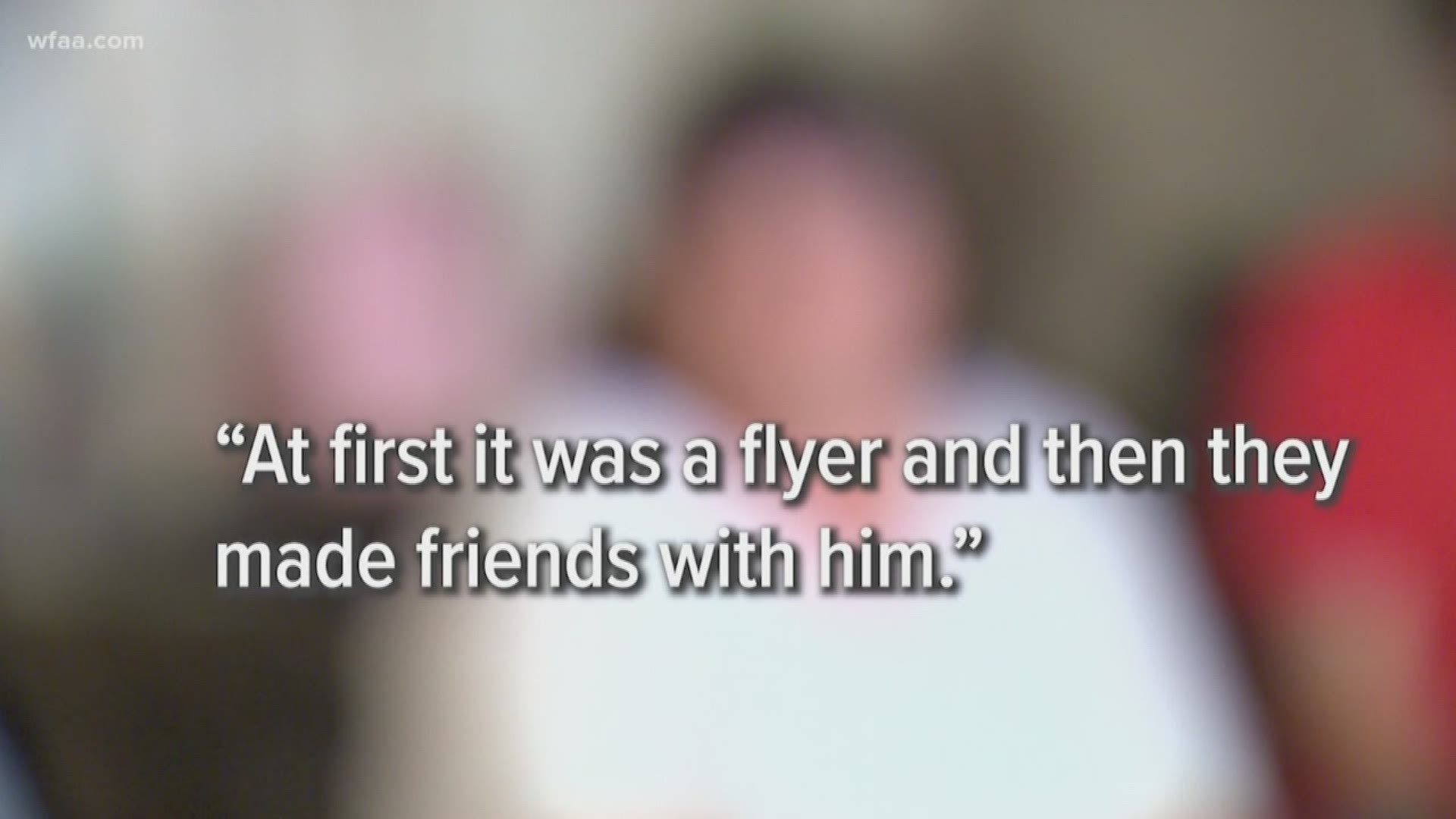 A family in Collin County was reminded of a dark chapter in their lives Saturday when they saw news of the shooting deaths of 22 people at an El Paso Walmart from a suspected North Texas shooter.

But the family reached out to WFAA because they felt the need to tell someone about that dark chapter. It is a story they claim they told the FBI two years ago and again this last weekend. WFAA is protecting the family's identity because they fear retaliation.

"It was more like fireworks were going off, it just hit a chord," the father said watching news coverage on Saturday.

As soon as they heard the name "Patrick Crusius," they say they knew instantly. The Collin County family says Crusius tried to recruit their son to a small local white supremacist group in 2017.

"When [our son] referenced Patrick, it was in a glorified manner," said the father.

The family says the son and Crusius were both at Plano Senior High together. The district confirmed two students by those names attended the school at the same time.

"At first it was a flyer and then they made friends with him," the mother said.

The family admitted to WFAA they have a strained relationship with their son. They have very minimal contact nowadays. The family did briefly speak with their son on Saturday.

The family said they have no reason to believe their son still had any contact with Crusius following their graduations from high school two years ago.

The family said they filed a police report in 2017 about possible white supremacist activity involving their son.

"I blew a gasket. 'You know this isn't right. We've taught you better than this,'" the mother recalled saying to her son.

The Allen Police Department confirmed that a police report from the family detailing white supremacy activity did exist. But police said the report made no mention of Crusius. WFAA asked the family whether Crusius was named in the police report, and they were unaware if his name was mentioned at the time.