The ceremony took place at the UTPB City of Odessa Soccer Complex at 2:30 p.m. on October 15. 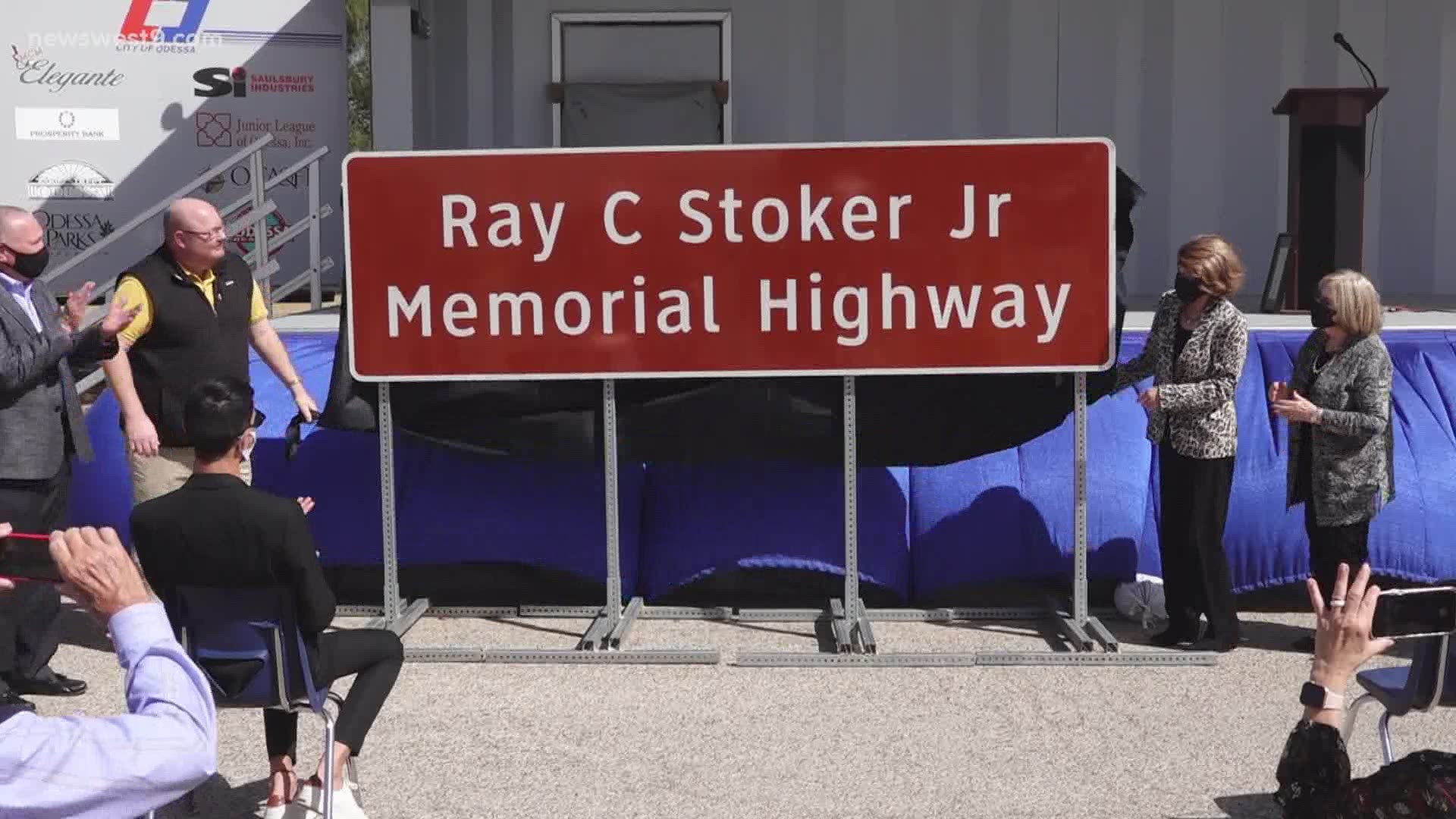 The ceremony took place at the UTPB City of Odessa Soccer Complex at 2:30 p.m. on October 15.

Pastor Cheryl Homsher of Grace Presbyterian Church in Midland led an invocation, followed by a welcome by Mayor David Turner.

Stoker's family was also on hand to unveil the sign.

The section of highway now renamed after Stoker stretches from Loop 338 to Highway 191.

Stoker was the first director of TxDOT and was influential in making sure funds made it to West Texas.

He was born and raised in Odessa, graduating from Odessa High School before attending Baylor University.

Roads like Loop 250, Loop 338 and Highway 191 were the result of his fight for transportation bucks.

Stoker was also honored at his retirement with a ferry boat that goes from Galveston to Boulevard. He died at age 79 from pulmonary fibrosis back in August 2018.