City of Odessa could become 'Sanctuary for the Unborn'

The item was placed on the agenda by Odessa’s new mayor, Javier Joven. If adopted the ordinance would officially ban abortions like 17 other cities in Texas. 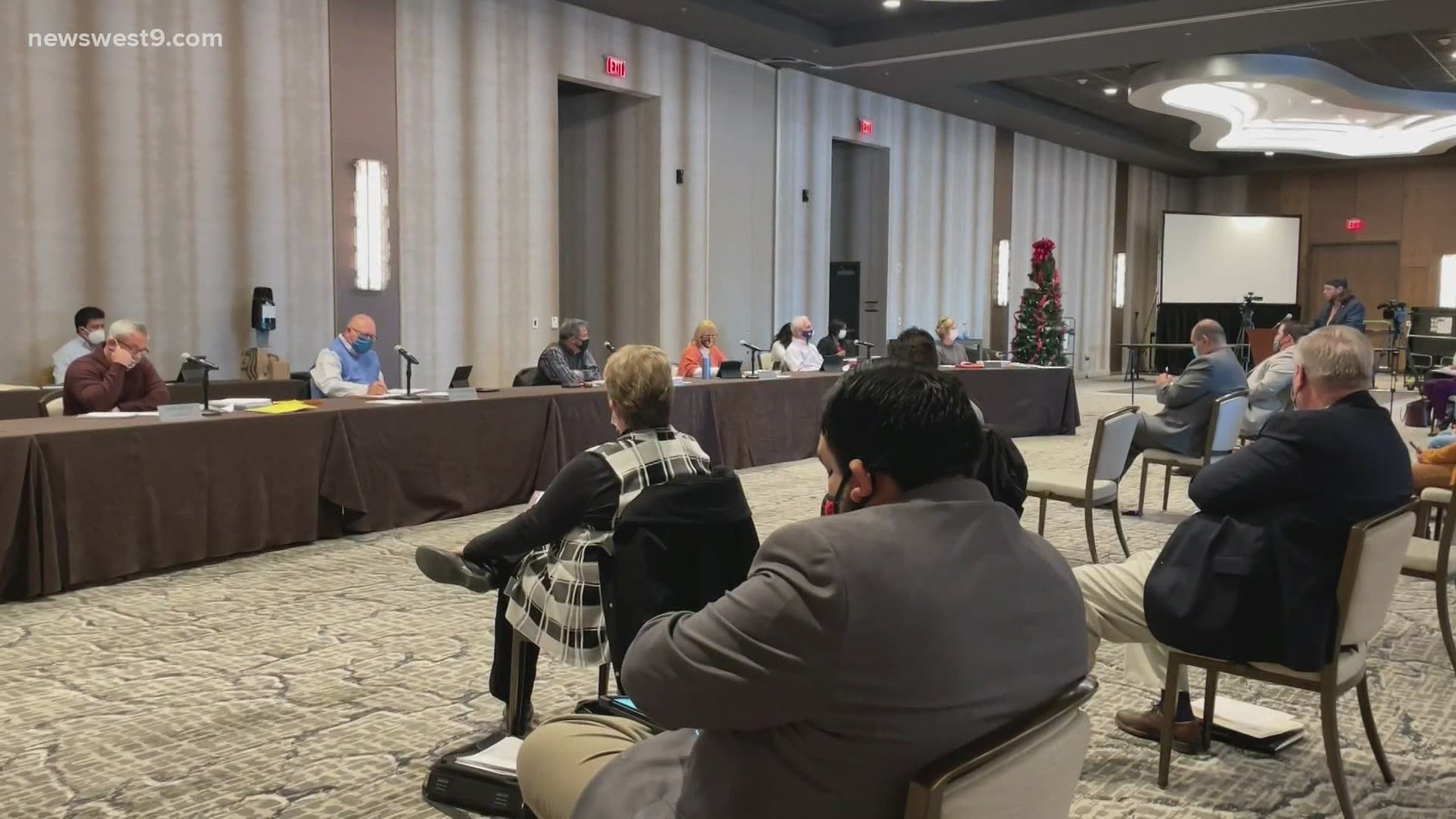 It was the first meeting of the year, and second on the agenda was a discussion to consider making the city a sanctuary for the unborn.

The item was placed on the agenda by Odessa’s new Mayor, Javier Joven.

If adopted the ordinance would officially ban abortions. So far, 17 cities in Texas have banned abortions.

Waskom, Texas in Harrison County was the first city in the state to ban abortions within city limits back in 2019. Since then, several more cities have followed.

Omaha, Texas was the second city to pass an ordinance in September 2019. However, it was later repealed in October.

Colorado City and Big Spring passed the ruling back in January.

As the ordinance was presented to the city council, conflicting opinions were shared.

Dozens of people took to the podium to share their reasons for supporting the ordinance.

"I'm covered in scars ,you can see them all over my face. I have been sexually assaulted and physically abused but I don't have to live in that anymore, and I know it's hard for some people to do that but there is something greater that came from having my baby,” said one constituent in support of the ordinance.

An equal amount of people stood at the podium and shared why they do not support banning abortions.

"This ordinance fails pregnant survivors of rape, childhood sexual assault, incest, domestic violence and coercion leaving them with no options in Odessa and no future options,” said a constituent against the abortion ban.

Some council members even saw the discussion as wasted time.

"The mayor campaigned on money being wasted by the previous council, well I think it's a waste of time to even be discussing this, we need to move on. The city has a lot more serious issues to worry about today,” said Councilman Stephen Thompson.

Councilwoman Mari Willis stated that her vote wouldn’t be based on her own personal beliefs because she believes that being elected by the people means she needs to vote for what’s best for the city, not push any personal agenda.

Councilwoman Detra White spoke up during the meeting letting one of the speakers, who is not local to Odessa, know that he had offended her. Willis agreed.

"I am offended that someone would tell me if I don't vote the way they want me to vote from a small town in east Texas that I'm not Christian, I'm offended by that but that's between me and God” said White.

Outside of people’s opinions, the ACLU has questioned the legality of the action behind the ordinance.

After filing a lawsuit in February 2020, the ACLU dropped its litigation against the seven Texas cities that passed ordinances to effectively prohibit abortion back in May 2020.

“In regard to the lawsuit brought by the ACLU, they never went after the actual ban, which is telling in and of itself. We did make some minor changes to the ordinances when 7 of the cities were sued by the ACLU and waited for them to amend their lawsuit and go after the actual ban but they didn't,” said Mark Lee Dickson, the Founder of Sanctuary Cities for the Unborn Initiative. “Abortion is STILL banned in every one of those cities and the ACLU is no longer involved in a lawsuit against those cities.”

When Mayor Joven was questioned by a constituent at the podium, “What’s the benefit of becoming a sanctuary city?”, Joven responded that it’s a preventative measure to keep abortions from happening in Odessa.

According to Dickson, it’s the "undue burden standard" which was established in Planned Parenthood v. Casey in 1992 that would allow Odessa to adopt this ordinance legally.

“Right now, abortions are not being performed in Odessa, Texas. Therefore, if abortion is outlawed within the city limits right now, then there is no way the abortion restriction will not stand because it is not taking away abortion access from anyone as no abortions are currently being performed in Odessa right now anyway,” said Dickson. “What it does do is it makes certain that abortion cannot happen legally, under city law, ever in Odessa, Texas.”

Even so, if the city is sued Dickson says there is an attorney, Jonathan F. Mitchell, who would represent the city for free if they’re sued.

The lawyer represented the other seven cities that were previously sued by the ACLU.

Councilman Thompson cautioned though that nothing is truly free, and everything has a cost.

No decision has been made. The discussion will continue on January 12.

The proposed ordinance can be read below. Click through to see further documents related to this ordinance.