The new state-of-the-art shelter will have air conditioning, a surgery room and space for more animals. 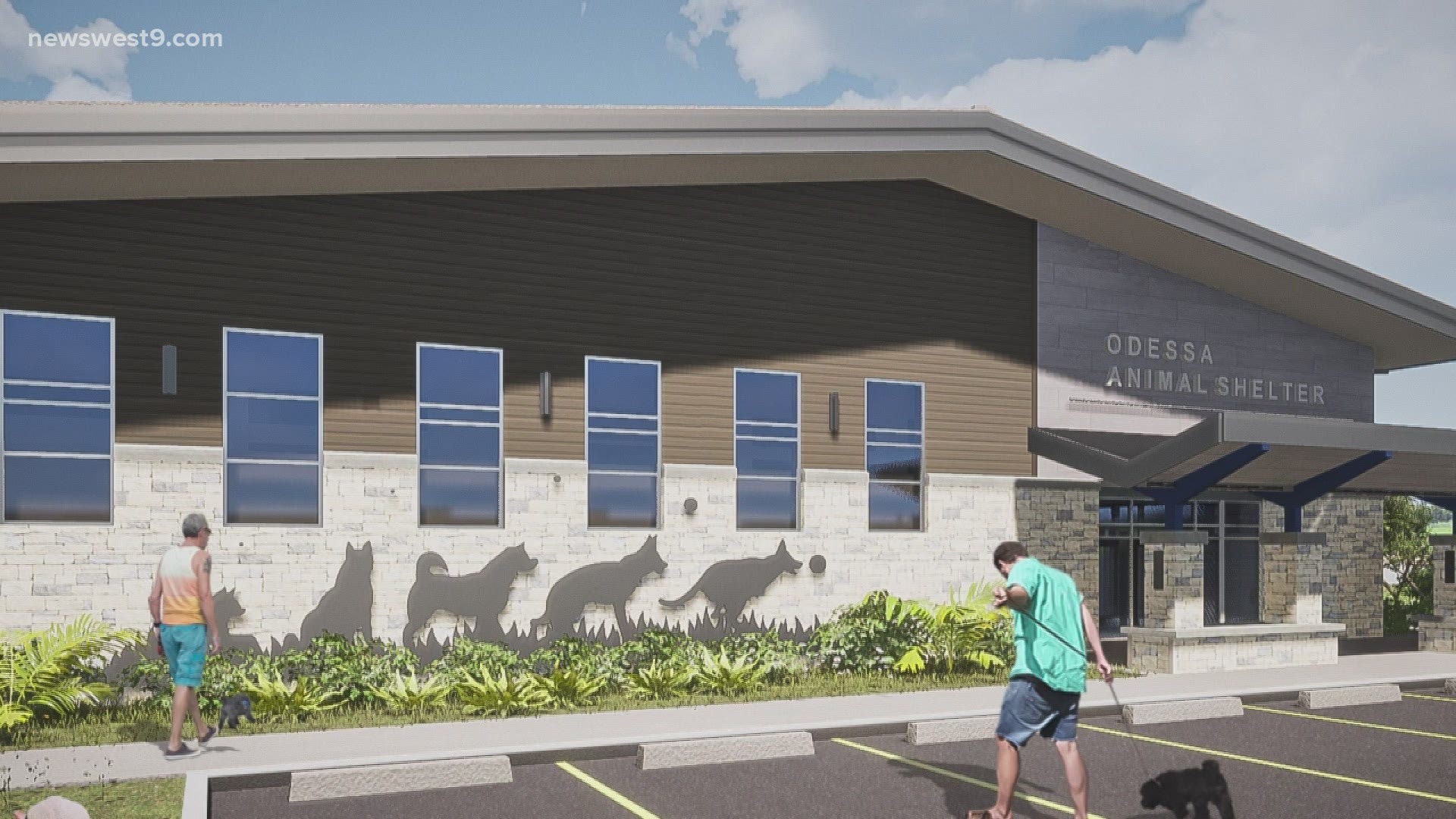 ODESSA, Texas — The City of Odessa broke ground on a new animal shelter on Friday. The shelter will be located right next to the city's current shelter and will be more equipped to keep up with the cities growing animal population.

"I hear from citizens constantly about again, the state of this shelter and the need for a new shelter," Chief of Police Michael Gerke said.

The current shelter is 45 years old and doesn't have central air conditioning so fans and swamp coolers are used to keep the animals cool. The shelter has a smaller occupancy for animals so it's hard to keep up with the high demand of them.

The new shelter will be able to fit at least double the amount of animals and will have air conditioning and a space for surgeries and vet visits.

The new facility will help with the city's goal to keep stray animal populations down.

"We want to take these animals and want to make sure they get spayed and neutered so we can drastically decrease the amount of strays that are just running around," Mark Matta, City Council member for District 1 said.

The shelter is expected to be finished next year if all goes as planned.

If you want to adopt or foster a cat or dog from the shelter, you can check out their website here or visit the shelter in person.