Water pressure is slowly returning for Houston residents, but the city remains under a boil water notice. 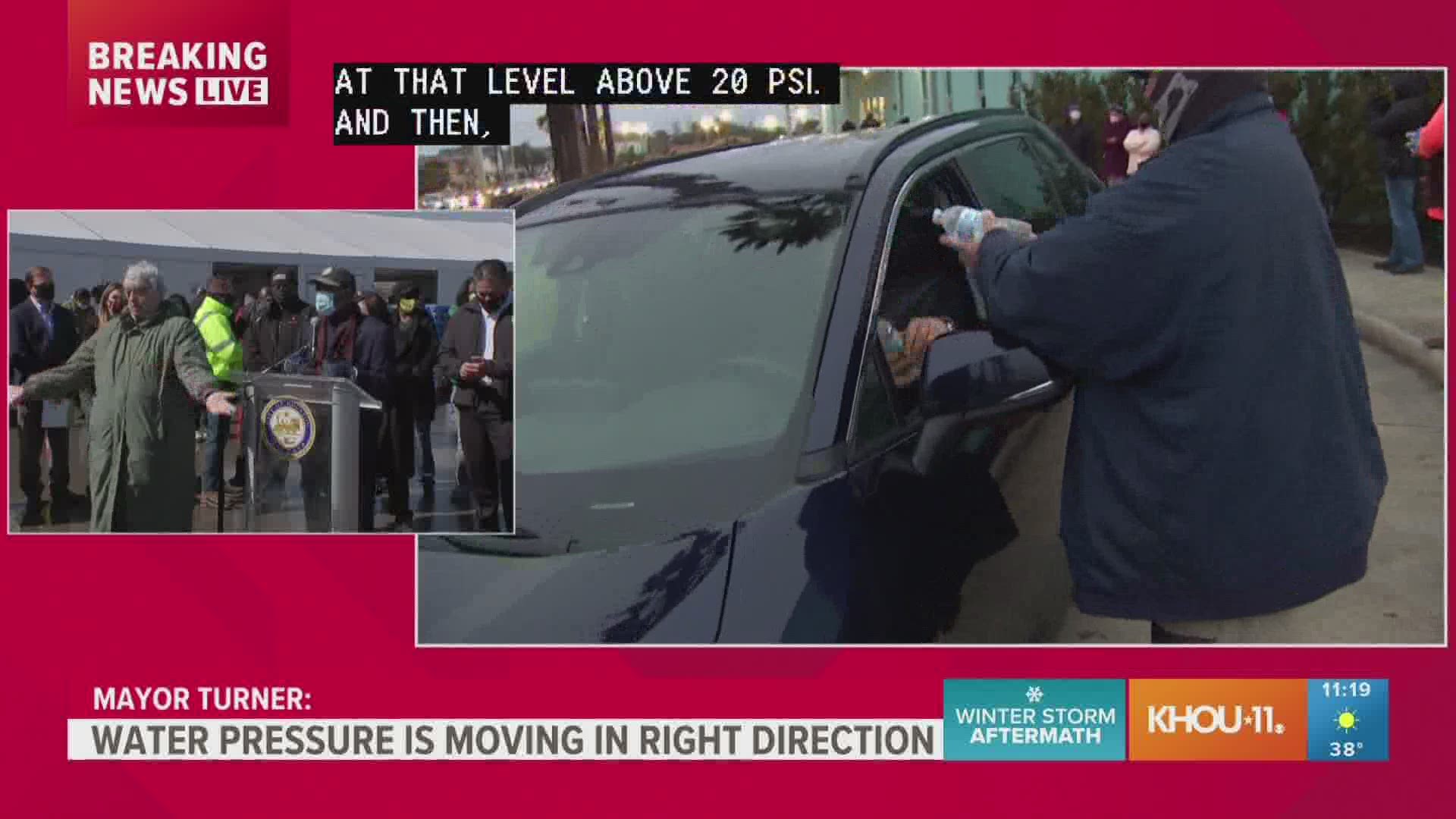 That's how long Houston residents went without water due to the impact of the devastating winter storm that impacted all of Texas.

Because of the lack of power to pump water into Houston homes and residents choosing to drip their faucets to prevent pipes from freezing, Houston's water system maxed out, leaving everyone residing within the city limits waterless.

"It was the majority of the City of Houston that did not have access to water from Tuesday night through Wednesday afternoon," city officials said.

Since the outage, Houston Mayor Sylvester Turner said water pressure continues to go up and public works employees say most homes should have at least a trickle of water, but the city remains under a boil water notice -- that was issued early Wednesday morning.

RELATED: LIST: Here's where boil water notices are still in effect across the Houston area

Turner said the boil water notice will likely remain in place through Monday.

"Even though we are well above 20psi in the city, the boiling notice still remains in place until the samples are taken, TCEQ reviews those and then gives us the green light," Turner said.

For those who are in need of water, the city has been setting up water bottled distribution sites daily.

LIST: Where you can get free bottled water in Houston and Galveston as boil water notice continues

If you are disabled and need water, the city has set up a website where you can ask for water to be delivered to your residence. You can also call 832-394-0814 Friday between 8 a.m. and 5 p.m. to register.