According to a plaque, The Italian-American Organizations of Greater Houston donated the statue to the city in 1992. 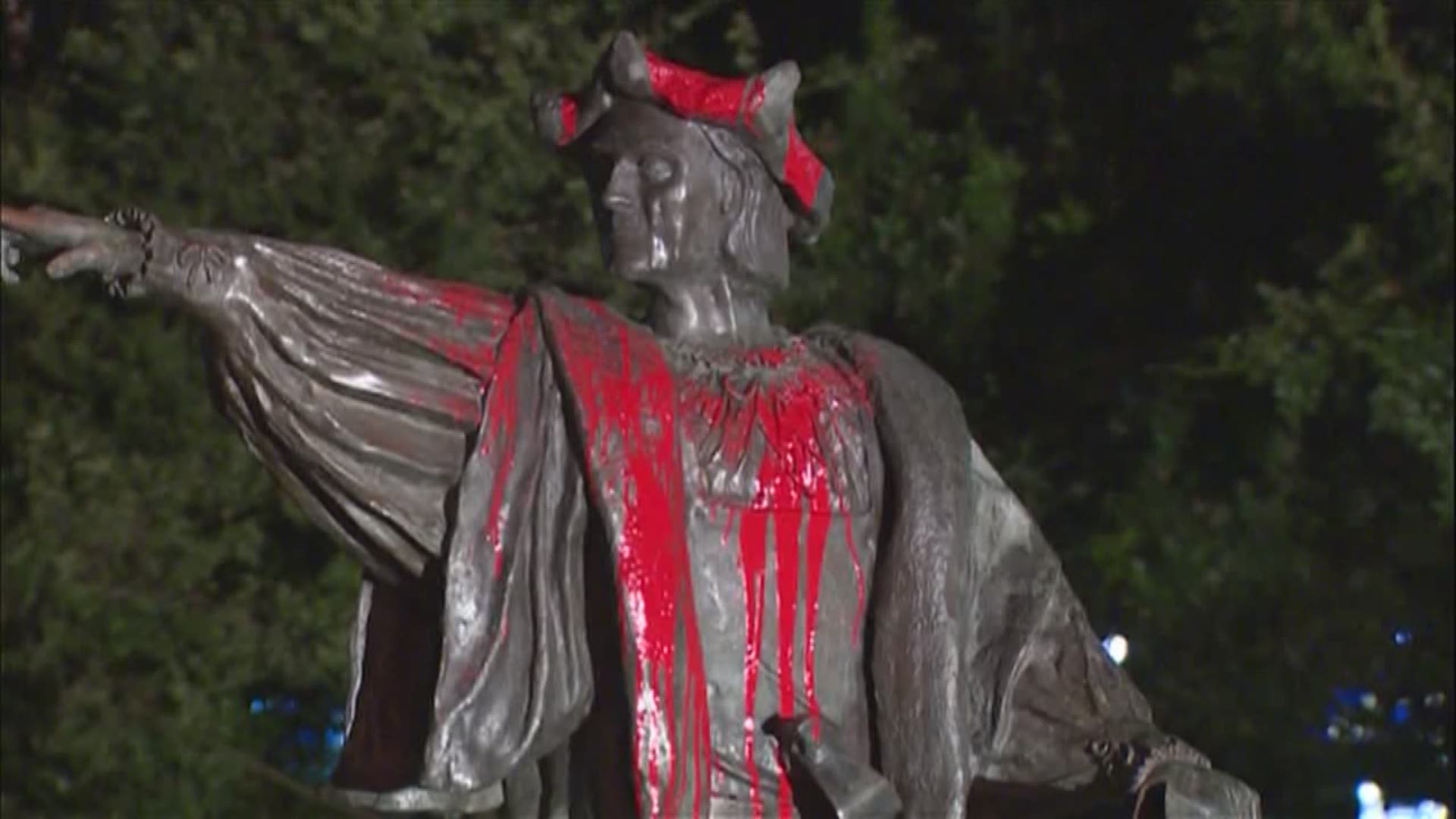 It appeared someone dumped red paint on the statue.

According to a plaque, the Italian-American Organizations of Greater Houston donated the statue to the city in 1992.

Houston police have no suspects in this case.

Restoration crews are now hard at work to clean it up, a painstaking process.

Pringle is working hand in hand with the city and the Houston Arts Alliance to restore the statue.

The vandalism is a shock to people living in the neighborhood, including Bill Webb, a local artist.

“I just couldn’t imagine someone thinking to do something like this,” he said. “It’s history.”

This all comes in the wake of an ongoing debate over Confederate monuments.

Just days ago, an online petition targeting the Spirit of the Confederacy statue at Sam Houston Park was circulating, asking the city to take it down.

And while this statue may be from a different time period, some consider Christopher Columbus to be a controversial figure.

But fortunately for this statue, it is being cleaned up just in time. It’s got a second chance.

“It’s loosening up pretty good, much better than we anticipated,” Pringle said.

Police are actually upping their presence around Houston to protect artwork and statues like these.

HPD is now investigating and is asking for the public's help to catch the vandals. If you have any information, you're asked to call HPD or Crime Stoppers at 713-222-TIPS.