Local pool supply shops are experiencing a shortage of chlorine tablets used to clean pools, and they worry that the shortage could run into next year. 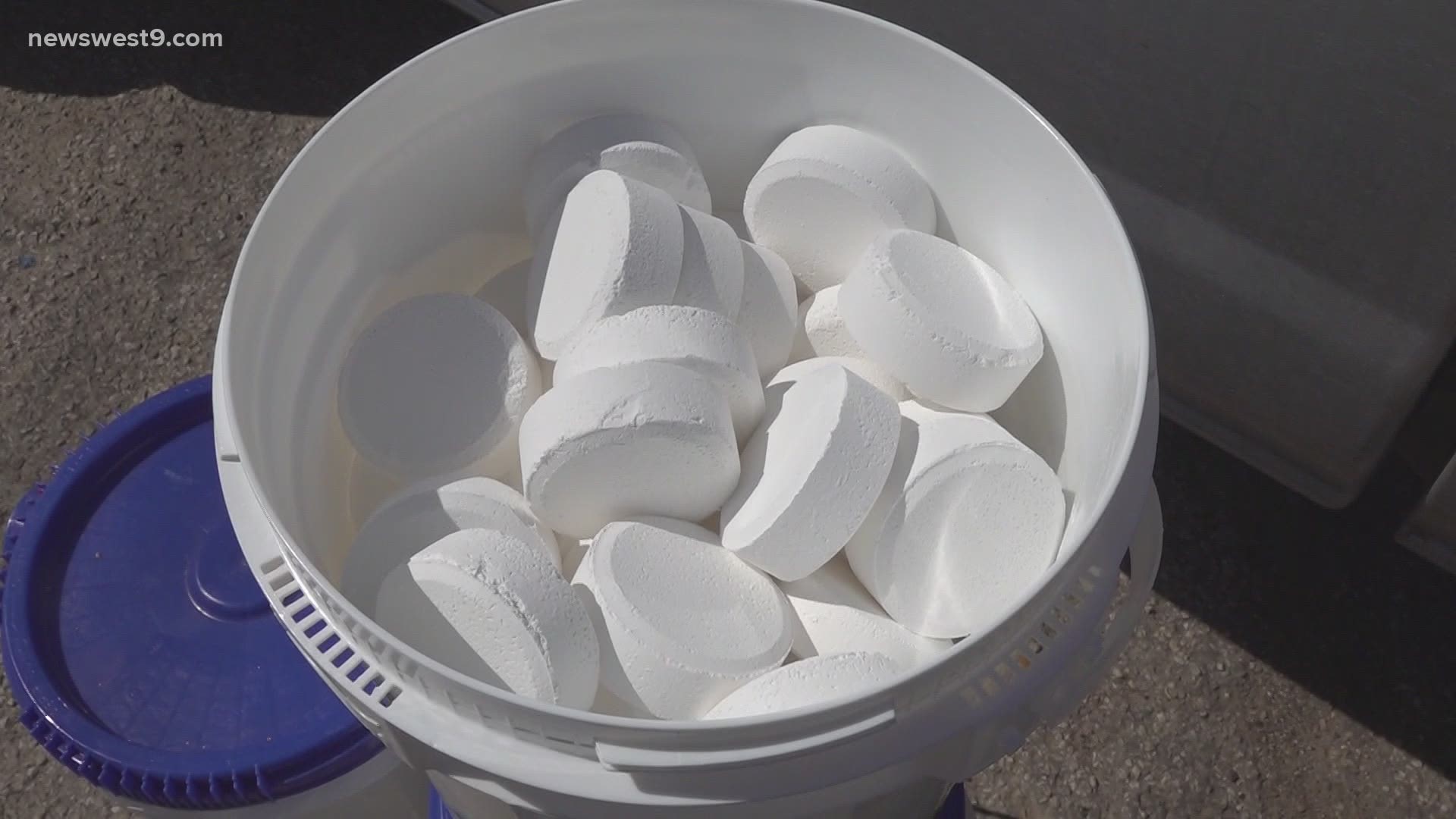 MIDLAND, Texas — Memorial Day is just a few weeks away, which means for many that it's time to get your pools ready to go. This year could pose a particular problem for residential pool owners because there is another shortage to worry about.

This one comes in the form of chlorine tablets, which are used to sanitize your pools for those that require it, and it could mean trying to find plan B for keeping your pool clean.

Local pool supply stores are worried about how it will affect not only this year, but next year's pool season as well. In fact, the price of chlorine tablets has already gone up.

"They've probably gone up 50% already, and I expect them to go up more," Marty Johnson, owner of The Other Guy's Pool Supply said.

So that means that pool season will cost a little bit more this year. That is, if you're able to get your hands on those chlorine tablets.

"There’s been a chlorine shortage since last year, since last summer, with COVID and everybody being home," Johnson said. "They can’t go to the public pool [last year] so they’re at home. So they're using more chlorine at their home pools, so that made a shortage. The hurricane hit the plant, it burned, so now there’s really a shortage."

That was a hurricane that struck Louisiana last August, which began the whole shortage.

The problem could get worse, however. Emma White, vice president of Pool Techniques Inc., said that information on the chlorine tablets is hard to come by right now.

"It’s definitely a possibility, but we’re kind of in the dark as an industry," White said. "We don’t know what the situation is with the plant, how quickly it’s being you know rebuilt or if there’s an investigation going on for any reason. So I mean we could be looking at this for the next year to maybe even two years. We just really don’t know."

All the focus is on this year, however. Johnson worries that they won't have enough to get their customers through the summer.

"What the suppliers have is that all they’re gonna have," Johnson said. "Are they going to get more? Can we get more? I mean we have it right now, but that’s the big question is are we going to be able to get more after we sell what we have?"

"A lot of people have not been aware of it," Johnson said. "They didn’t know that there was a shortage or that there was going to be a shortage, but they’re starting to figure that out so I’ve seen a lot more people just today."

City pools, however, are not likely to be affected by the shortage. Both the city of Midland and Odessa have said that they are prepared for this upcoming pool season. In fact, Odessa said that they had leftover chlorine from last pool season.