The decision comes after South Rim Fire was deemed a non-threat to developed areas. 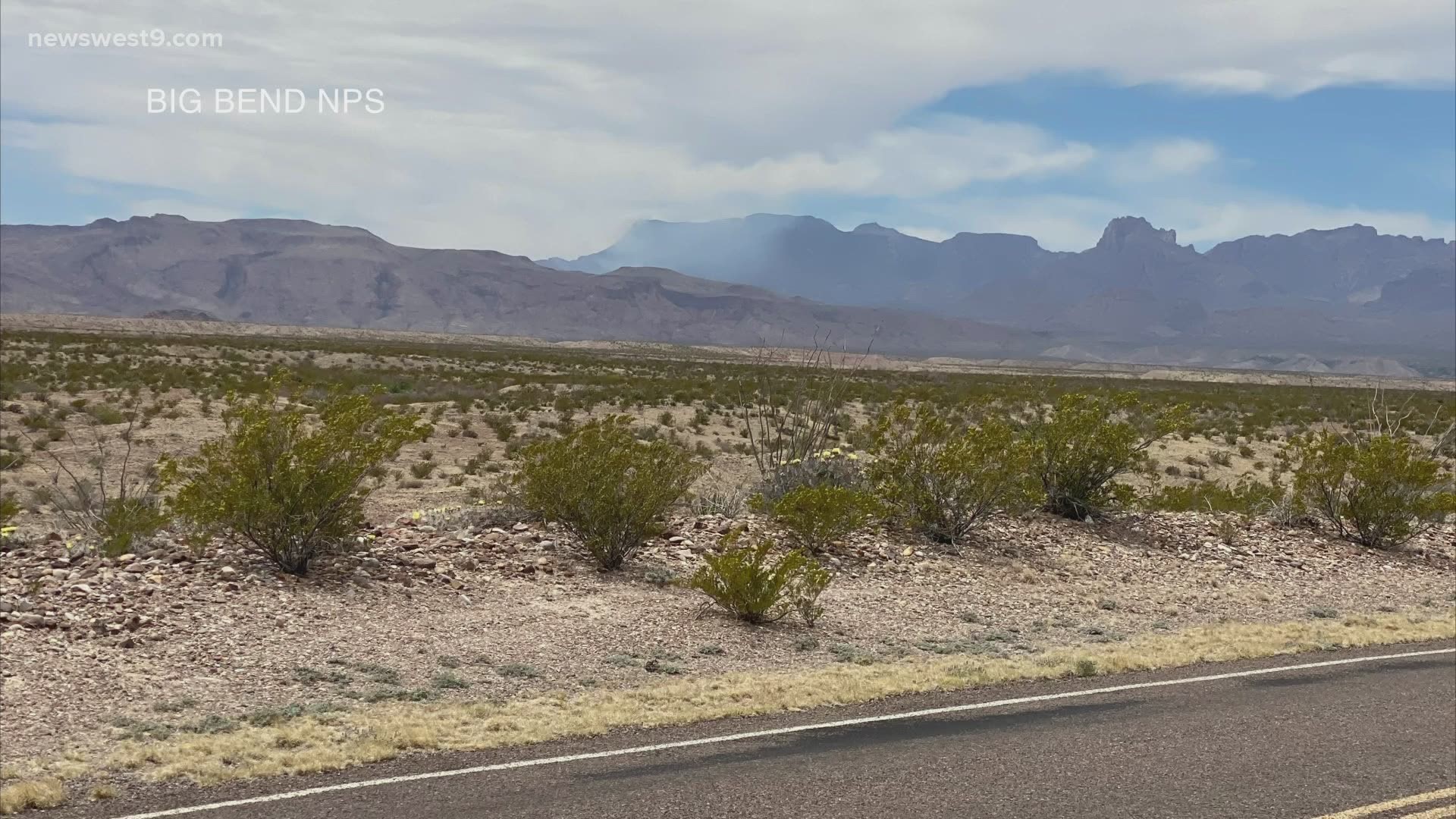 BIG BEND NATIONAL PARK, Texas — The Chisos Basin has been reopened by the National Park Service on April 23 at 11:00 a.m.

The decision comes on the heel of the South Rim Fire being at 80% containment and no longer deemed a threat to developed areas.

The area had been closed to all visitors starting on April 10 due to the wildfires in the area.

“After two weeks of closures, we are glad to be able to open up access to the Basin, so visitors can enjoy one of Big Bend’s most picturesque areas,” said Park Superintendent Bob Krumenaker.

Other parts that will remained close include the Pinnacles Trail, Emory Peak Trial, East Rim Trail and many more.

"We were all worried early in the fire about what harm it might do to the rare plants and animals of the High Chisos, and of course to the infrastructure in the Basin,” Krumenaker said. “I flew over the fire today and feel very good about with what I have seen -- the burn pattern is like a mosaic, with more lightly burned areas than intensively burned areas. While the evidence of fire will be visible for years, I expect the vegetation to come back healthier than it was pre-burn. We don't expect any significant impact on wildlife. And of course, the firefighters, the terrain, and the weather collaborated to keep the fire away from the developments in the Basin. It's probably going to be a few weeks before the last smoke is out and there are hazards which need to be mitigated before we can allow public use back in the fire zone. But that's coming soon. I am very grateful to the entire interagency team that worked on this fire along with the Big Bend National Park staff."